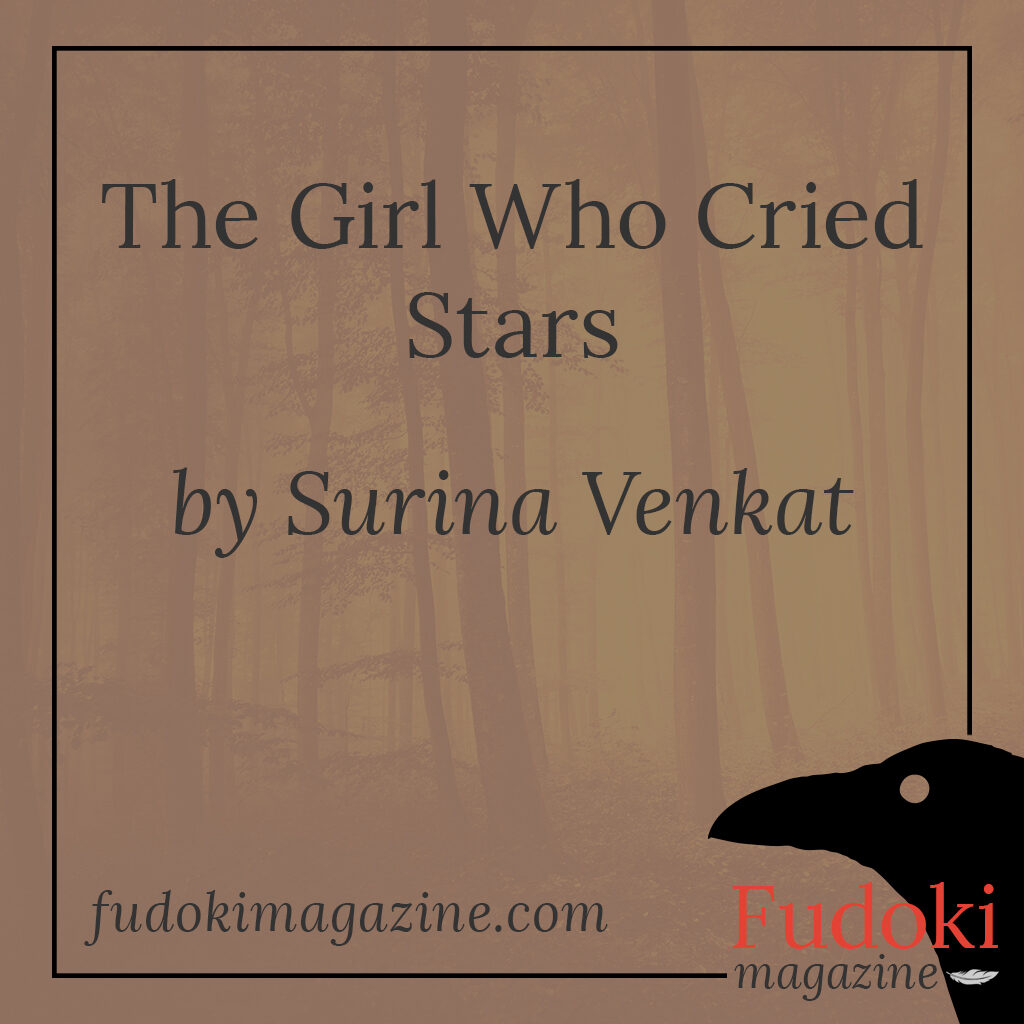 It cannot be said there was only once a deity that fell in love with a human because it didn’t happen only once. It was something of a fashion for gods to love their creations because they were narcissistic by nature, as all immortal beings were. But there was, however, one goddess who was too young to know the ways of the elders. Life was still new to Sky, causing her to treat everything in it with wonder and sincerity, and so when Sky met Nikhil, she came to love him dearly and unselfishly, with her entire heart.

But then Nikhil died because he was human, and no mattered how much she wished for it, Sky couldn’t follow him. She could not stand being alone in the vastness of her domain, and she especially could not stand the heartbreak that unspooled in her chest, so thick and intense that she felt she could not breathe. So Sky went to the Creator.

“My child, I cannot take away your emotions,” the Creator said. “But rest assured, they are temporary. Time will take them from you as you live out eternity.”

But Sky had not yet lived enough of life to understand eternity, so she felt her grief so acutely that she felt if she were not to do something, it would swallow her whole. Tears rolled down her cheeks and turned into morning showers, then storms, then hurricanes, and the humans below her cried out with sorrow as they too lost loved ones.

Sky could not bear it, so she came back to the Creator and fell to her feet. “Please,” she said, her tears still present, “I do not want to hurt them.”

The Creator sighed and waved her hand, and as Sky’s tears fell, they no longer became the weather. Instead, they began to glow bright gold, expanding in size and floating up across Sky’s domain, emitting light that seemed to envelope her in a hug. For a moment, her tears stopped, stalled by the wonder of it all, because despite how much her heart was hurting, she still found it in her to stand in awe of miracles.

“What are they?” Sky asked.

“We’ll call them stars, my child,” the Creator said. “And they will only appear visible when your domain falls dark without Sun’s light.” She tilted Sky’s head up towards her, touching Sky for the first time. The brush of the Creator’s hands against her cheeks filled Sky with a warmth she had not felt since Nikhil had died, a warmth she recognized to be love. And it startled her, this idea she could still feel love after Death had stolen her love from her. “This way, the humans – and you – never forget that beauty can emerge from one’s darkest moments.”

Sky’s grief still ate at her for a time, but her tears turned into stars instead of storms, into golden orbs that danced across the night sky. The humans loved them, though they did not know they were her sadness manifested. They saw the light in the darkness and they rejoiced, cheers climbing up clouds and catching on winds that brought them to Sky’s ears.

Sky could not remain sad in the face of all that joy, so her tears eventually stopped and so did the number of stars. Her grief gave way to quiet acceptance, and then gratitude for Nikhil poured over her like one of Ocean’s waves.

She would miss Nikhil’s presence in her life, but she would not regret it, no matter how badly she’d felt after he’d died. For he’d taught Sky what love meant, and she promised herself to carry that lesson with her for the rest of her life.

Unlike the other gods, Sky let love change her. She kept the thousands of people who she’d loved and who loved her in her heart as she lived out eternity, and – so they could live out eternity with her – she rearranged the stars into their likeliness. We call them constellations.

One thought on
“The Girl Who Cried Stars”