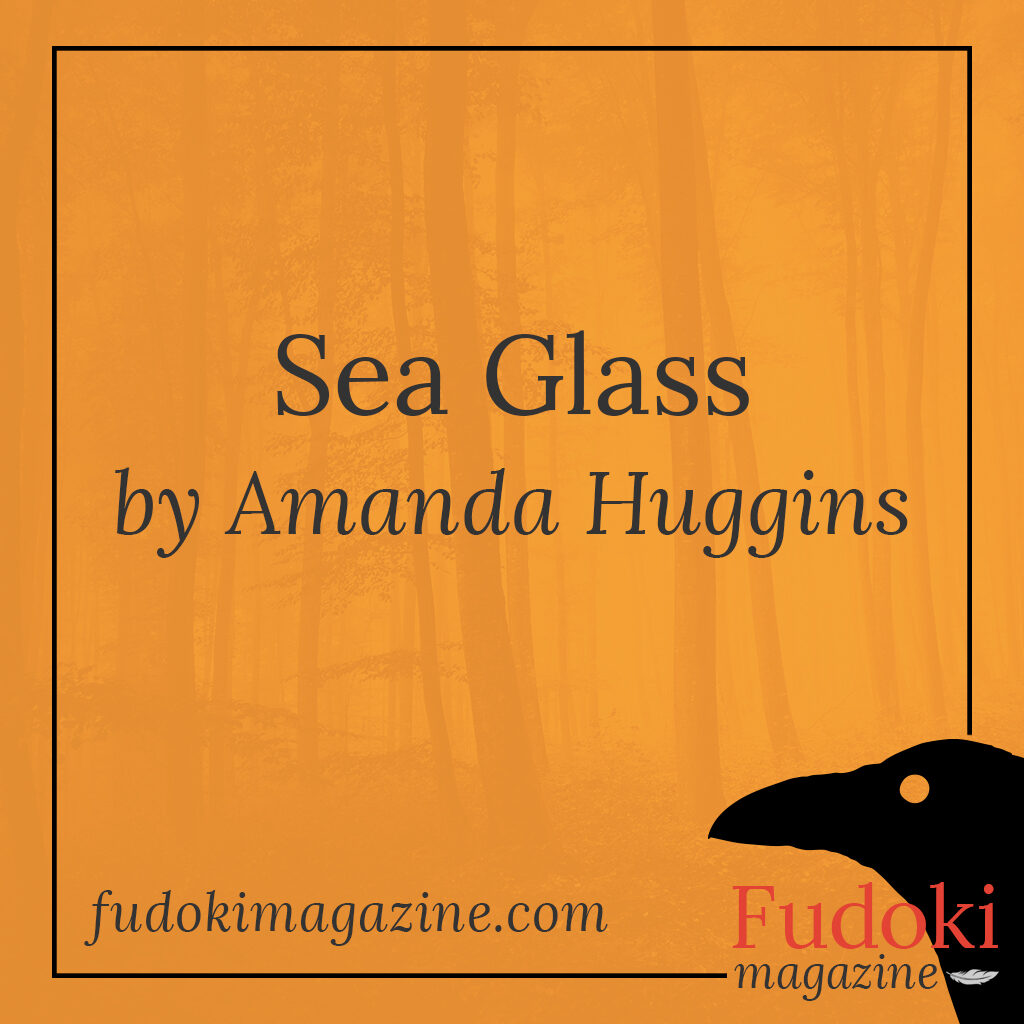 ‘These are the souls of fishermen lost at sea,’ he said.

Alfie looked doubtful, but she had already crouched down on the sand again, so she didn’t notice.

‘What ‘bout these smaller pieces of glass?’ she asked, scooping up a handful of wet sand that was speckled with chips of emerald and amber.

‘They’re the eyes of ships’ cats,’ he said. ‘Cats who ventured up on deck and were swept overboard by freak waves, or who lost their footing on the rigging. If you match a pair of eyes, and sleep with them under your pillow, then the cat’ll find his way back to land.’

‘No, you’re the liar, Cathy Mainprize. Everyone knows it were Marnie’s da who was lost at sea. Your da lives at 17 Castlegate with Vera Cappleman, and works on a trawler out of Whitby.’

Cathy’s eyes grew round, but she continued to fill her pockets with sea glass.

When she got home, she told her mam what Alfie had said about Da. Mam paused at the sink for a moment, but she didn’t answer, and Cathy knew that Alfie hadn’t lied.

She slammed the door and ran upstairs, spreading out glass and shells under her bedside lamp, peering through tears until she found two nuggets of amber that were exactly the same colour. One was the shape of a fat sunflower seed, like a cat’s half-closed eye; the other was only a slender shard. She wasn’t sure whether that mattered, but she tucked them under her pillow anyway.

In her sleep, the cat came, half-hidden by the leaves of the laurel hedge, his grin as wide as a plate, and his stripes as fiercely orange and as densely black as a tiger’s. She couldn’t quite make out his eyes, yet she sensed there was something odd about them.

In the morning, Cathy took the bigger pieces of sea glass and slipped them into her blazer pocket, and on the way back from school she walked down Castlegate. She slowed down as she passed number seventeen, and threw the largest pebble as hard as she could at the parlour window. There was a loud crack, and when she looked over her shoulder, Cathy saw a woman peering out, her mouth wide in surprise. A man flung open the door, and she knew it was her da; she recognised him from the photographs Mam kept hidden at the back of the bureau. He shouted after her, cursing, as though she was another good-for-nothing school kid. A stranger. She ran home through the ginnels, beads of glass falling from her pockets and skittering across the cobbles.

When she passed Alfie’s house, she noticed a tabby cat sitting on the garden wall. He weighed her up through one half-closed eye that was the colour of thick-cut marmalade. His other eye was sewn shut.