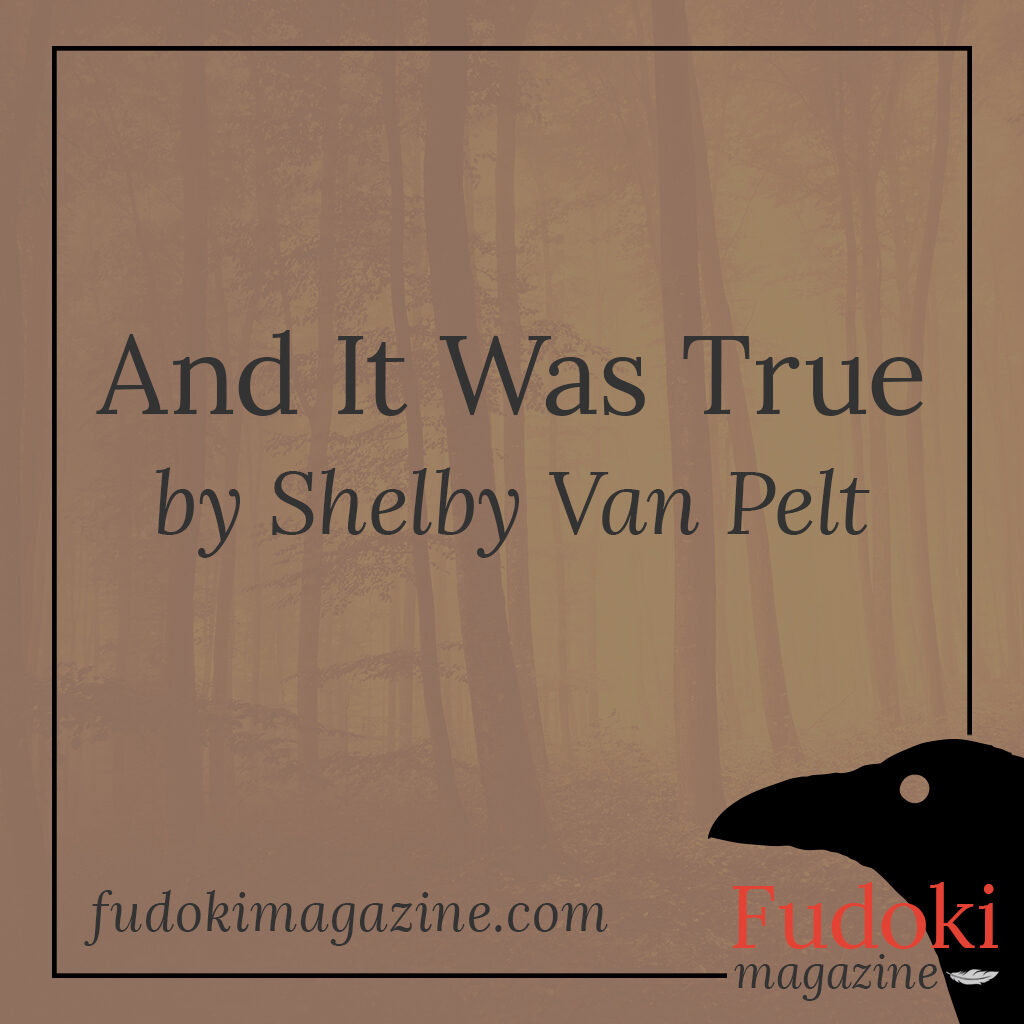 Sister Lisbeth always told us she had eyes in the back of her head, and it was true.

I remember the day we discovered them. Sister Lisbeth had fallen asleep at the teacher’s desk during algebra lessons, chin resting upon her ever-clenched fists. We were meant to be working equations, but little Johanna Graham snuck up, intending to jab a pencil in the nun’s colorless gray bun. A harmless prank. Johanna yelped when the tip poked something firm, yet fleshy. In a fit of whispers, we gathered round to investigate. Indeed, an eyeball, two of them, nestled like a pair of dove’s eggs in Sister Lisbeth’s nest of hair.

“She’s a freak,” someone whispered, as we slunk quietly back to our desks.

“A monster,” someone else agreed.

We hung on Sister Lisbeth’s words from that day forward. It’s true, we didn’t like her much, and who would? Her mouth was permanently set in a scowl, like some bottom-sea fish. Her sharp ruler left our knuckles mealy and raw. That she would possess this otherworldly deformity stirred awe, disgust, and wonder in equal measure. Did the headmistress know?

When Sister Lisbeth mentioned she was getting a second wind, limbs shook on the maple outside, branches scraping on the rheumy classroom window. When she accused Lauren Lynch of giving someone the cold shoulder, Lauren shivered, suddenly freezing under her pinafore. And when the nun said she’d survived by the skin of her teeth…well, we were glad she declined to open her puckered mouth and show us.

The Sister got meaner as the school year went on. She bit the bullet and spit it out after. It landed with a clink in our classroom’s metal wastebasket. One time, she said she’d let Gracie Blythe off the hook for homework, and Gracie clapped a handkerchief to her mouth to staunch the blood from the puncture in her lower lip. How could the good lord above bestow such powers upon our wretched old teacher? It defied everything we believed about goodness. About faith.

One winter morning, we arrived for lessons and Sister Lisbeth wasn’t there. A blizzard had blown through overnight, and we stood next to the coat rack, stamping the slush from our boots and huffing warm breath onto our icy fingers, waiting.

Finally, the headmistress came to substitute. Her face wore nothing, not a smile, not a frown, but to this day I swear there was a gleam in her eye when she said,

“Unfortunately, Sister Lisbeth is under the weather.”

Our heads turned in unison toward the window. Heavy snow covered everything like a dazzling blanket, blunting every edge and corner of the landscape, familiar hedges and benches reimagined as shapeless white mounds.

I don’t recall that we accomplished much algebra in class that day.

In the weeks that followed, rumors swirled like so many snowflakes. She’s been given a new post, someone hypothesized. Tending to the fallen, the heathens. An act of bravery. Into the belly of the beast. But we knew this could not be true. We only knew of one beast, and that was the thin marmalade housecat that lived in the caretaker’s cottage, the one that frequently sunned itself in the courtyard. The cat would certainly hurt a fly and did so often in our observations, but it would not, and could not, swallow poor Sister Lisbeth whole.

When springtime’s warmth peeled the snow from the lawn, we watched closely. Compacted grayish heaps lingered in shady corners, the last patches of so-called weather a fully-grown woman could reasonably be buried under. We watched these slow-melting lumps with a mix of dread and exhilaration, each of us hoping to be the one to spot a thawing elbow or a frost-burnt toe. But the final pockets of slush drained into the ground and there was no sign of Sister Lisbeth.

We asked the headmistress. All she would say was that there would be no more nonsense.

Eventually, a young nun took over the teaching of our algebra lessons. She had slender wrists and dark brown curls that she twirled on her index finger while she lectured. She used no ruler. We fawned over her in that way adolescent women are prone to do, when they spot a glittering example of their every aspiration, right there, in the flesh. When we came across the young nun on campus, outside of class, she always gave a kind hello. In return, we giggled and fussed. We were always like that around her. Tongue tied.

No, not literally tongue tied.

Not again. No more nonsense.

Until one day when Kelly Anne Mancini came into class and sputtered, quite unable to produce an intelligible sentence.

Our young Sister dropped a stack of exam papers on her desk, her mouth tugged down by an uncharacteristic frown, a ruler in her left hand. She was disappointed in our marks. Said we must not have studied. Said it should’ve been a piece of cake.

We froze when we saw it.

It sat on a round silver plate, two layers high. A wedge, with chocolate on the inside, purple frosting on the outside, perfect piped rosettes on top.

We looked at one another and a shiver ran through the stale classroom air.

That cake. It was Devil’s Food.