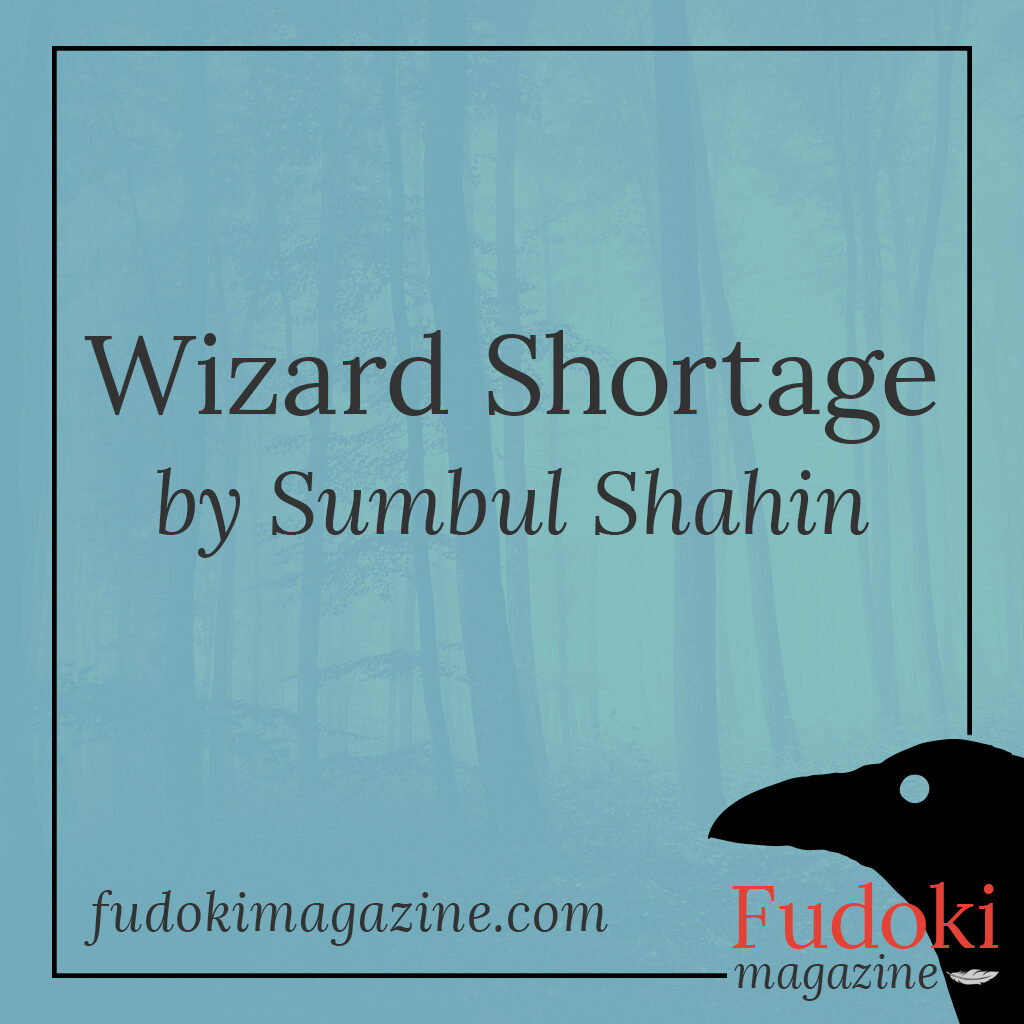 The Grand Commander of Wizards was fuming. The part of his face not covered by the beautiful embroidered mask was scrunched into a frown. Ordinary people hadn’t known what to make of it. Floods, famine, even pestilence had come one after the other. Many turned to science, but that could only give them half-answers and not-quite-yet-proven theories. Only a few were courageous enough to maintain miracles as their only plan for survival.

However, in the headquarters of the Wizard Army for the Protection of Mortals, there were serious questions to be answered about the lack of efficiency in the department.

The Grand Commander’s voice was quietly menacing as he asked, “Why didn’t you kill the first man carrying the disease?”

“I had to save millions from that ice crashing into the ocean. Magical cooling takes a lot of energy. Then, I was asked to travel halfway across the world… just to kill the sweet old man who had done nothing worse than being poor.” The young woman was scared at first, but her voice grew in both strength and conviction as she presented her side of the story.

“Hundreds of thousands are now dead.” The Grand Commander stressed every syllable. “Do you feel no remorse?”

“For the first hundred, I am very sorry.” The witch stood her ground. “The others died by their own lack of basic common sense and their governments’ choice of loss of lives over loss of money.”

The tip of the Grand Commander’s nose visible over the face mask had turned red. “Begone!”

The young witch left hurriedly. She knew it was never a good sign when any of the oldies started using language from a different century.

The Grand Commander was still not used to such open insubordination. With the lack of labour forces, however, the young ones had gotten uppity. They knew he couldn’t afford to fire them anymore. Training someone new would cost too much, and resources had run thin ever since people started using their pennies to buy candies instead of throwing them in fountains. Besides, there had always been very few with the ability and now with the most promising discovering that even podcasts and blogs were more lucrative, there were never enough recruits. Money was worth more than magic these days.

If you squinted, you may have seen actual smoke coming out of the Grand Commander’s ears as he walked from one end of the room to the other. A knock on the door gave him something to focus his fury on. “What do you want?”

“You called for me, sir.” A short balding man entered. His manner was as timid as his appearance.

The Grand Commander was pleased at his meekness. “And what have you done wrong?”

“Why aren’t you out there fixing them?”

“Weather is quite pleasant at the moment, sir.”

“Yes, but if it is uncharacteristically pleasant, the crops will suffer. And what of the changed wind patterns?”

The Grand Commander stared at his bowed head in mounting fury until the little man finally realised that saying anything would be better than the silence. His voice trembled, “I cannot fix it… sir.”

The Grand Commander’s face expressed enough expletives for his employee to hastily add, “I am so sorry. It’s not my fault really. It’s the ordinaries. They have changed the balance on land, water and air. Just too many changes. I can’t keep it in check. I have tried. Done my very best, sir.”

The Grand Commander breathed deeply. His forehead had flushed purple. If he hadn’t been a wizard, he may well have had an apoplectic seizure.

They both knew that the moment a resignation is given, it immediately strips a person of all their magic. The Grand Commander had no choice. He waved his hand, and the balding man disappeared. The once-wizard would wake up in a strange corner of the world with no memories of his time with the WAPM or his vow of protecting the realm.

With a grand sweep of his arm, the Grand Commander magicked himself onto a busy city street. A car was driving straight towards him and he had to create a bubble of the fifth dimension to escape. It was wanton magic. He knew he should have been more careful, but just then he did not care.

He walked to the nearest corner shop, and bought a pack of cigarettes. It was his only vice, if you didn’t count his reckless optimism. Today though, his manner was dejected for the first time in his life.

The Grand Commander took out a cigarette from his pack and walked over to a nearby tall building which housed an important bank. He should have gone inside to add some money for healthcare or to at least magic enough compassion for the CEO to donate to some food banks. Instead, he watched the people marching down the street, protesting for basic human rights in the third decade of the twenty-first century.

Leaning back against the skyscraper, he furtively lighted the cigarette with a wink. The smoke was thick and pleasant as he inhaled. The Grand Commander now only had five wizards to help over 7 billion ordinaries. There was no chance of recruitment either, not when he couldn’t offer them money or allow them access to the latest phones.

He blew out the smoke, and watched it slowly swirl away into the polluted air. His eyes caught a glimpse of the heavily armoured people in uniforms striding purposefully towards the protestors. A thought formed in his mind, almost against his will — ‘I resign.’

When he suddenly disappeared from the street, humanity was left to its own devices. Everything would likely be much worse for a while. In the absence of maintenance, however, there is always a chance for reimagining the world.