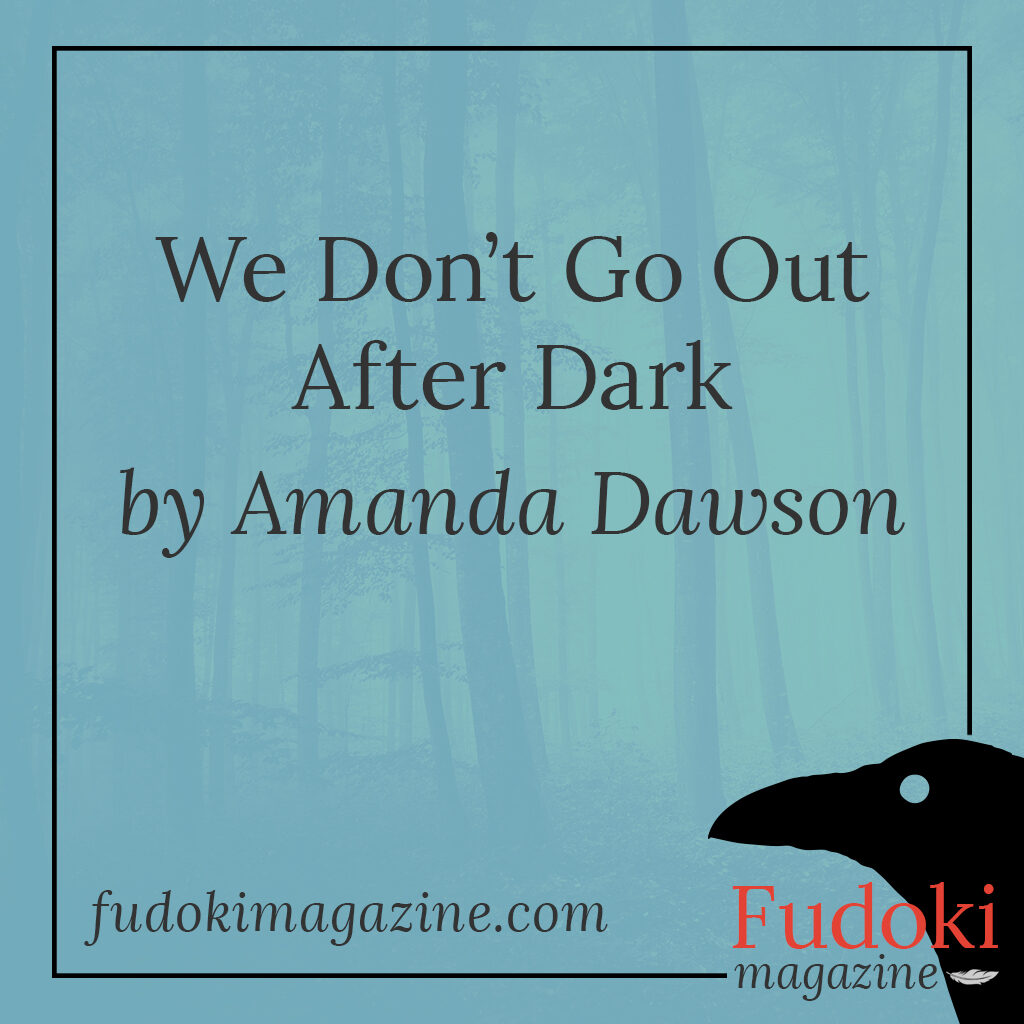 Two days after the crack in the floor of our barn appeared, they found Davie O’Hare’s body in the woods. Me and Sadie were up at the schoolhouse when they found him, so we didn’t get to see, but word gets around anyway. They say he was shriveled up like a raisin, all his blood and juices drained out of him almost like someone’d locked him in a smokehouse for a week. The men in town can’t figure out what happened to him, but they say we probably shouldn’t go out at night anymore.

Pa doesn’t tell them about the crack. Doesn’t tell them that the horses won’t sleep in the barn anymore. Doesn’t say how, on that first morning, we found the sow laying dead on her side, her skin bubbled and sloughing off like crinkled butcher’s paper. He can’t tell them, because if he did, they’d want to burn the barn down and spread lye on the ashes. He still owes the bank for that barn, he explains to us. Just leave it be for now, and it’ll go away on its own. Besides, it has nothing to do with that poor dead boy anyhow.

We know how to keep a secret. Just like how we never talk about the jars of bootleg Pa keeps in the cellar next to the coal bin, we keep quiet about the crack when we go to school the next day. The other kids are in a frenzy, all with their own theories over what it was that killed Davie. None of them are right. The teacher interrupts them, says whatever it was, all we have to do is stay in at night. Because monsters have to ask to come inside, and if you don’t let them in, there’s nothing to worry about.

By Sunday, Ma’s picked almost all the flowers in her garden. Tiger lilies and baby’s breath. Roses. It’s for the smell, which is only getting worse. Pa says there’s nothing in the barn, but it’s coming from there all the same. Wafting in the hot summer air like the stink of some not-exactly-dead thing. Me and Sadie aren’t allowed play dates for now. They don’t want anyone else to smell it, because then Pa would be in trouble for keeping it a secret. So, we play with each other—jump rope or hide-and-seek—and try to ignore the way time is starting to bulge outward around the barn, like the distended belly of some malnourished, starving creature.

On Monday, the men find another body. This time it’s old Jed, the town drunk. And this time, me and Sadie get to see them bring it into town. Jed looked nothing like Jed anymore. He’d never looked good to begin with—too much moonshine does that, Ma says—but now he doesn’t even look human. Now he’s just a pile of dried skin pulled tight around the sharp edges of bones. None of the squishy stuff left at all. Whatever it was that got him, it must have been thirsty.

Pa locks the cabin door at night now. He never used to, even though we’re right at the edge of the woods. Sadie thinks maybe he’s seen the roots of the ancient oak trees beside the barn, the big ones above ground. Maybe he’s seen how they’re changing, and it scares him. Maybe she’s right. Anyway, he says it’s just in case. Because we don’t go out after dark, so we’ll be fine. And if other people find themselves out of doors at night, that isn’t our fault. All they have to do is stay inside.

But that’s what confuses me now. Because it’s his voice that’s woken me up. And I can see him standing out in the yard, calling my name under the faint glow of moonlight. Part of me wants to wake Sadie up, but mostly I just want Pa to come back inside. Before whatever is out there finds him.

I unlock the padlock and swing open the front door, calling to him in quiet, hissing tones. Get in, quick, I say. Hurry!

He doesn’t hurry. He takes slow, awkward steps, like his legs are too long or his feet too big for him. It must have been raining, because his hair and his jacket are wet. His eyes are hidden behind a screen of wet hair.

Hurry, I say again, and close the door behind him once he crosses the threshold.

I go to get him a blanket from the hallway, and then I smell it. A not-exactly-dead-thing smell. Something old, and stale, and bulging. And then I remember what our teacher had said about letting things in.