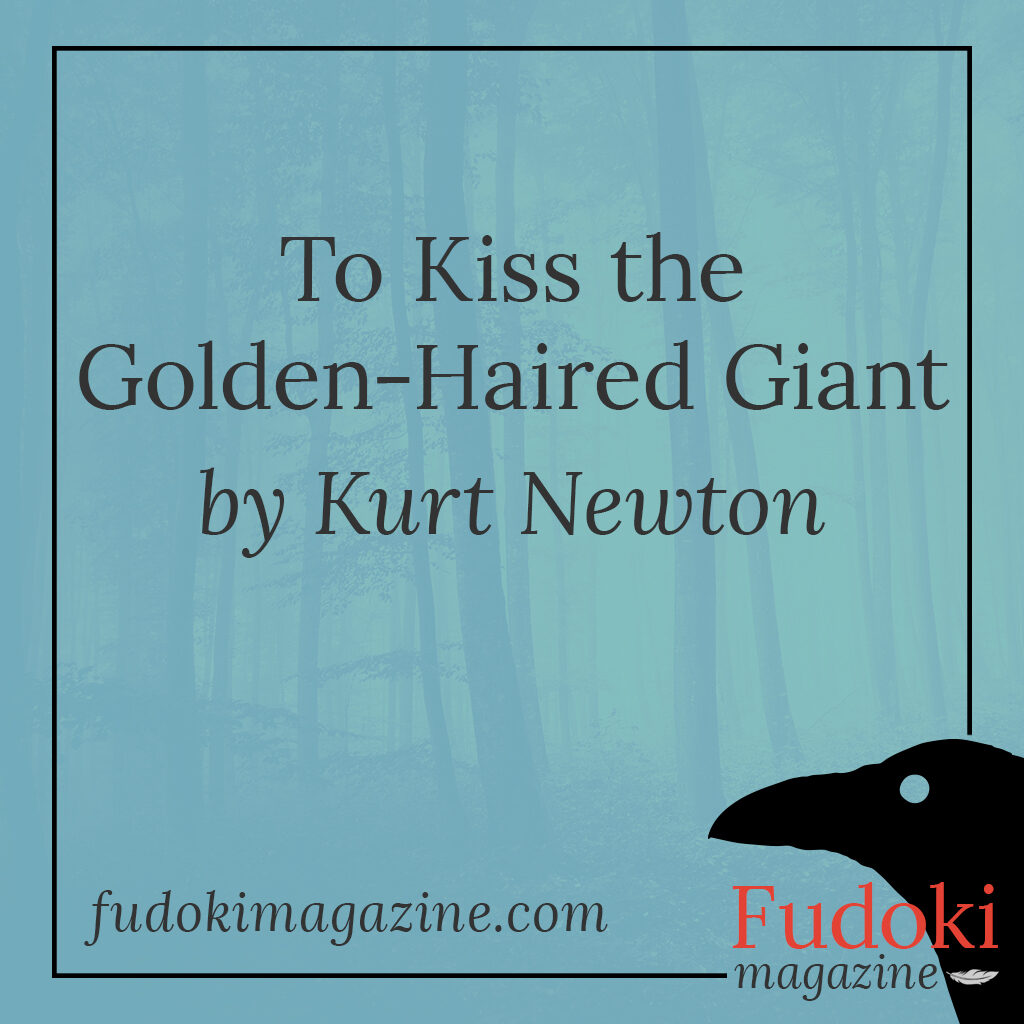 He was so large he couldn’t walk, but she fell in love with him anyway.

His home was a giant tent that sat in the center of the village. She was just one of a small army who fed him, washed him, and combed his long golden hair. One night, as he sat cross-legged in the middle of the tent, he asked her to stay while the others left.

“Tell me a story,” he said, his voice as deep as the rumble of the earth. She obliged, weaving a tale on the spot. She began at his feet.

“Once there was a great mountain… and in the shadow of that mountain sat a small village. All the brave people in the village tried to conquer the great mountain, but none managed to make it to the top.” Before she continued, she climbed the incline of his leg to stand on the mound of his knee. He watched her with his saucer-sized eyes.

“In the village there lived a peasant girl who loved the mountain for what it was. Some might say she worshipped the mountain and would have never thought to climb it herself.” She paused again, leaping onto the back of his giant hand and traveling up the slope of his arm, until she was at last standing on the plateau of his shoulder. He turned his massive head to look at her. She could feel his breath on her face like a warm breeze.

“Until one day the mountain called to her and asked her to keep it company. So the peasant girl climbed the great mountain and she became the first and only person in the village to reach the top.” She walked over to his large face and kissed him on the cheek. “The end.” The giant’s skin reddened. His warmth engulfed her.

That night she slept in the giant’s golden hair. In the morning when he woke, the giant stood for the first time, tearing through the fabric of the tent into the daylight. And together they walked away from the village into the sunrise.

The giant and the peasant girl were never seen again.