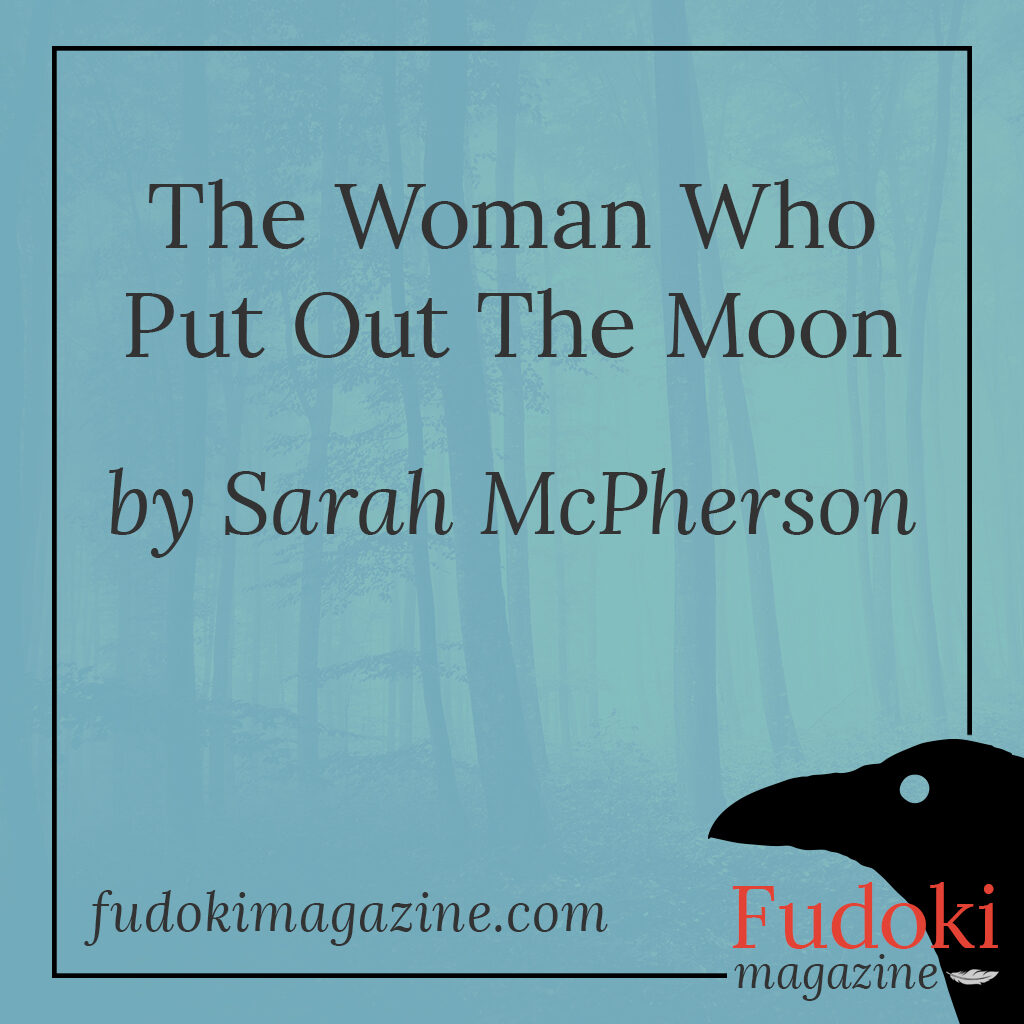 It is said by the tellers of tales, that there was once a woman who was rejected by her lover. She howled and she wailed and she wept, but there was no changing his mind. So she travelled far away from his lands into the deep forest and found a cottage where she dwelt alone and swore that she would never think of love again.

When the birds sang in spring, she put all thoughts of courtship from her mind. When the flowers bloomed she saw only funereal wreaths, not bridal bouquets. But when the full moon shone down each month, she could not help but cast her mind back to nights spent with her lover, and the wounds in her heart were all opened up anew.

Finally she could bear it no longer.

Since she was young she had been skilled in needle crafts. She went out to a place where the wild sheep had pushed through a thorny hedge, and gathered up all the wool she found caught on the branches. She took it home and washed it; combed it till it was fine and soft; dyed it dusky pink, olive green, inky black and bone white. Then she took up a sharp, barbed needle and, pressing the fibres together, she stabbed and stabbed at it, until it began to bond into a solid shape.

She pressed and stabbed, stabbed and shaped, and from the felted wool a great moth emerged, adorned with bold stripes of pink and green. When it was complete she set it down, and it shivered its wings and stretched its antennae. The sun was setting, and as dusk claimed the sky the moth took flight.

The moon was huge and luminous and the moth flew high towards its light, drawn inevitably towards it as she had known it would be. Up it flew, and hovered, testing the breeze, and then up again, closer and closer to the moon’s bright face.

Far below the woman watched the moth’s dark shape ascending and it seemed to her that the higher it went the larger it grew. Soon its wings spanned the whole of the moon, almost eclipsing it, silver light like an aura surrounding it. She felt each beat of those great wings, a rushing wind in her hair.

And with each beat the moon flickered like a guttering candle flame; flickered and sputtered and then all at once extinguished, plunging the night into a darkness broken only by the pinpricks of the stars.

The woman breathed her relief into the black night and went back into her cottage. And from that day until the day she died, so the tale tellers say, the moon never shone.