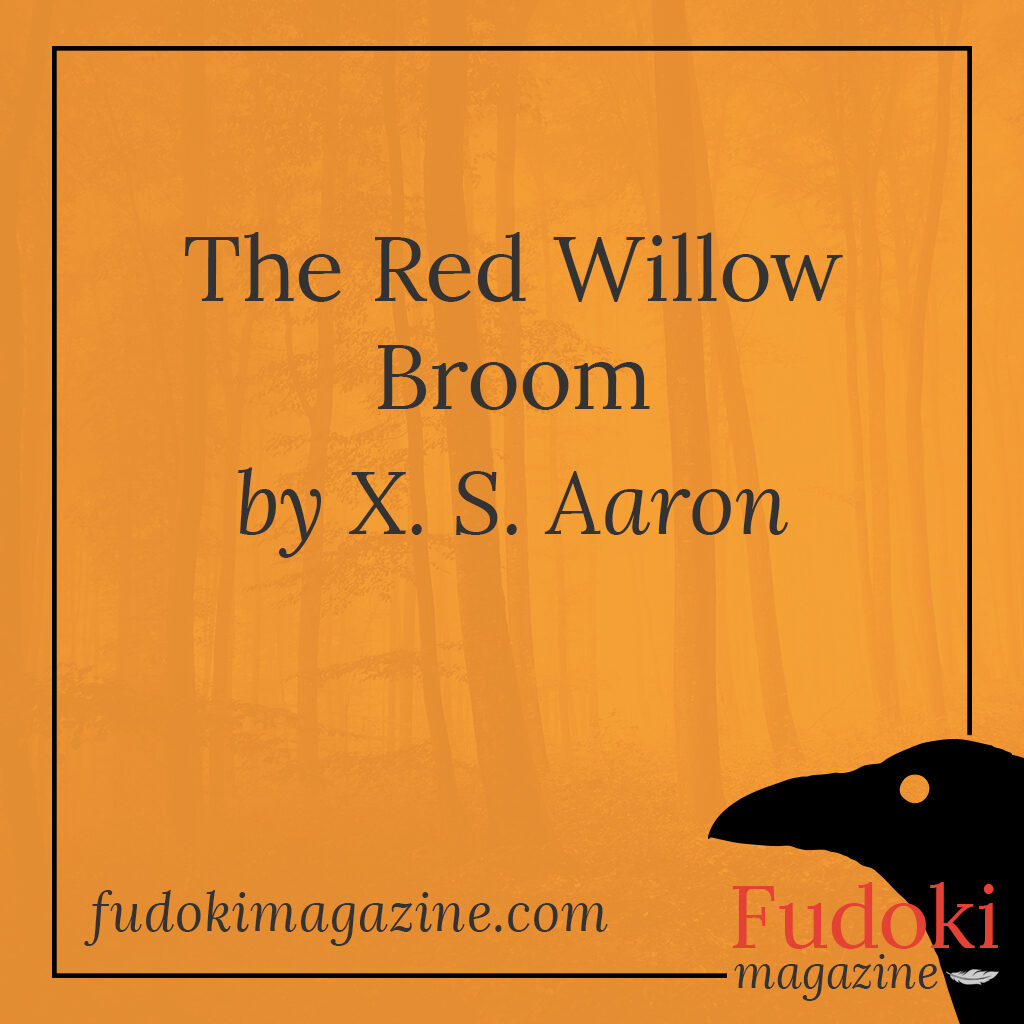 Hester swept the stars from the sky. She placed her tallest ladder in the middle of the garden and stood tip-toe on the highest step, balancing precariously as she reached high over her head with a rough willow broom.

The stars fell like granulated sugar among the carrots and potatoes, twinkling with an obstinate, faint light.

Hester plopped down on the grass under a black sky hung only with a silver moon. She wiped her brow and neck with a ragged handkerchief and examined the gnarled knuckles of her hands.

Hester was a young woman. She had just reached her twentieth year. But, when using such magic, there were always exacting prices to be paid. She accepted that.

Her husband had told her that morning that he would sail on the Maribel, a merchant vessel with a course set for the eastern continent. She had begged him not to go.

“We will get by, once the potato crop is ready to harvest,” she had pleaded. “It will be enough.”

“I will sail and earn enough gold for five winters,” he had replied.

“I would rather you stay safe at home.”

“Staying safe is not living,” he said, looking out to the ocean. “I will see new worlds and bring you back riches from foreign lands. We will live like royalty.”

There had been no convincing him. Her stories of sea monsters and devil-brewed storms did nothing to faze him, nor did the common knowledge that one in every three ships did not return from the eastern continent.

So, Hester visited the druid who lived in the caverns at the wood’s edge.

When she told the ancient, bearded man what she wished to do, he did not gawk nor laugh. He gently dislodged the fox from his lap and the squirrels from his shoulders and led her down a steep path to a black pool. At the edge of the pool was a red willow.

“Cut a branch from the willow and fashion a broom.” He told her. “Any magic you cast will live while you do.”

He only shook his head and wandered off through the undergrowth.

She worked hastily, often slicing her fingers and wrists as she cut the branch free and hacked off twigs and leaves.

Now, it was done. Stardust clung to her dew-damp skirts and glittered in her hair. Her scabbed fingers were wooden, knobbed, and the fresh green of young stems.

But, she consoled herself, such a payment is worth my William’s life.

For her husband’s ship could not sail without the stars to guide her way.

Hester ran to the docks, prepared to be chastened, and then to win William back with kisses, mended stockings, and warm meals. The Maribel bobbed at the pier, and she was being loaded with provisions. William espied her approach and put down the barrel he carried to wait for her.

“You cleared the skies of the stars,” he said when she came near.

“Now you cannot go.” She said.

“Our navigator can find our path using only the sun and his compass,” William said. He picked up his barrel. “Do not try to stop me again.”

He turned away from her and boarded the ship. Hester watched the Maribel sail over the glittering sea, her claw-like fingers hooked around the shaft of the red willow broom.

That evening, a storm broke over the southern hills, and the black clouds rolled to the east. Hester could smell the static in the air. It would be night before the storm reached the ship, and the Maribel could not sail to safety without stars.

She clutched the broom in both hands and jumped from the pier, the magic in the red wood carrying her over the gray-purple shards of the ocean. When Hester reached the Maribel, it was too late. The mast had cracked and fallen. The deck and the sails blazed with orange flames, and smoke mixed with the salty air. Except for the fire on the ship and the gray glow of the moon behind the clouds, it was very dark.

Hester landed on the deck and was disconcerted to find that her elbows would not bend and that leaves sprouted from her forearms. She found William pinned between a cannon and barrel. She wedged her leg between them and pushed with her hip and managed to free him when the ship tilted.

“You should not have come,” he said. “You will drown as I will.”

The boards beneath them groaned, and water washed over them.

“You will not drown,” she said.

Hester raised her arms and struck the deck with her willow broom. The branch cast roots through the wooden hull that pierced the deep water until they struck the sand. The red roots tunneled deep into the earth, until molten rock spurted into the sea and bubbled up to the surface, lifting the broken ship onto steaming black rock.

The island grew, drawing its shores wide over the wild sea that shaped it and twisted its coasts and hills. Small volcanoes sputtered and smoked, then wheezed and died as the willow branch drew its roots from the mantle of the earth.

When the dawn came and the sailors emerged from their hiding places, their ship was melded into the side of rocky hill, and through its hull grew a red willow with a trunk shaped like a woman, her fingers splayed above her head into upreaching branches. William kissed his wife’s forehead and plucked a sprig from her hand.

When the night came again, the sailors had gathered enough wood from the ruined ship to build three rafts, and they sailed home under a clear, starry sky.

William planted the willow sprig in his garden, where it grew quickly into a delicate tree. When he left home to sail the seas, he could hear Hester calling good-bye.

One thought on
“The Red Willow Broom”