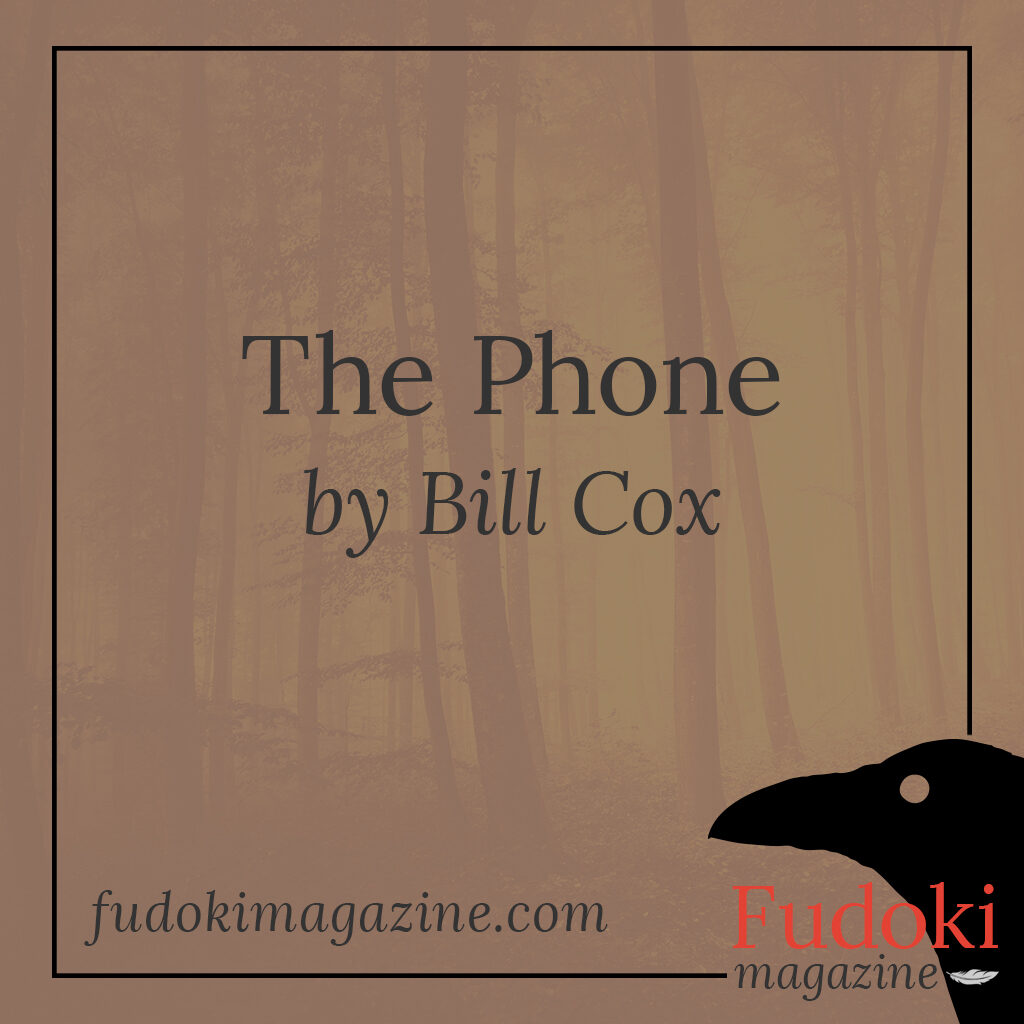 The Bakelite telephone, a model from the nineteen-seventies, sat in the lobby of the abandoned three storey house. It was one of many items left to their fate when the owner had passed away a number of years previously. Its green colouring looked old and faded, its cable was twisted into an uncomfortable tangle and the hard clear plastic of its rotary dial was scratched and worn.

Nevertheless, it was a classic of its kind and over decades of use it had heard it all. The sweet nothings of lovers had been whispered into its receiver. The frustrations of dealing with call centres had spilled over into its handset. Ominous calls at three in the morning had worked their way up its cables and wires. People had made worried summons to doctors, passed on glad tidings and malicious gossip, answered the unwanted scripted pitches from weary salesmen. The whole of human experience was suffused into its parts.

From time to time, in a fit of melancholy, the phone would let this emotion leak out into its wires and circuits and this would cause it to ring again, its jingling tones echoing sadly through the empty rooms of the decrepit house. On one such occasion a conscientious young man happened to be passing as this sorrowful ringing was underway. Hearing this anomalous sound from a derelict building made him wonder if it indicated that someone inside was in some form of distress. Squeezing between the ramshackle metal security fencing, he walked up the front steps of the house.

The front door lock was broken, the action of some forgotten teenage trespassers and so the young man was able to enter the building. Seeing the phone, now ringing with a palpable excitement, at the far end of the gloomy lobby, he started to cross the space, as he couldn’t, in good conscience, let the call go unanswered. Unfortunately for him, the building was in a truly perilous state and with an awful crash the floorboards gave way beneath him. He tumbled into the basement of this abandoned edifice, crashing through iron heating pipes and landing awkwardly on hard concrete. His neck snapped like a dried-out twig.

With the innocence of made things and oblivious to the disastrous consequences, the phone had relished this brief burst of human company, an experience it had thought lost to the past. In an attempt to repeat this cherished encounter, it decided to call out to passers-by, in the hope of catching their attention and attracting them into the forsaken house. Success was rare – most people ignored the ringing, or shrugged their shoulders and continued on their way, but there was the occasional soul who suffered from misdirected concern or an excess of curiosity.

Some months later, when the building (or rather, the land that it sat on) was finally purchased, the wrecking crew whose job it was to clear the ground made the grim discovery of eleven broken bodies in the basement. A homicide investigation ultimately decided that there was no evidence of foul-play and the building was demolished to make way for a series of student flats.

One of the demolition crew found the phone intact in the rubble of its former dwelling and took it home to his wife, who enjoyed the retro chic of old items. The spruced-up phone now sits on a display shelf in her small boutique second-hand shop, eagerly awaiting a new owner and the chance to play its part in the affairs of humans again. Meantime, for those with an awareness of subtle things, it serves as a stark reminder that not all calls should be answered.