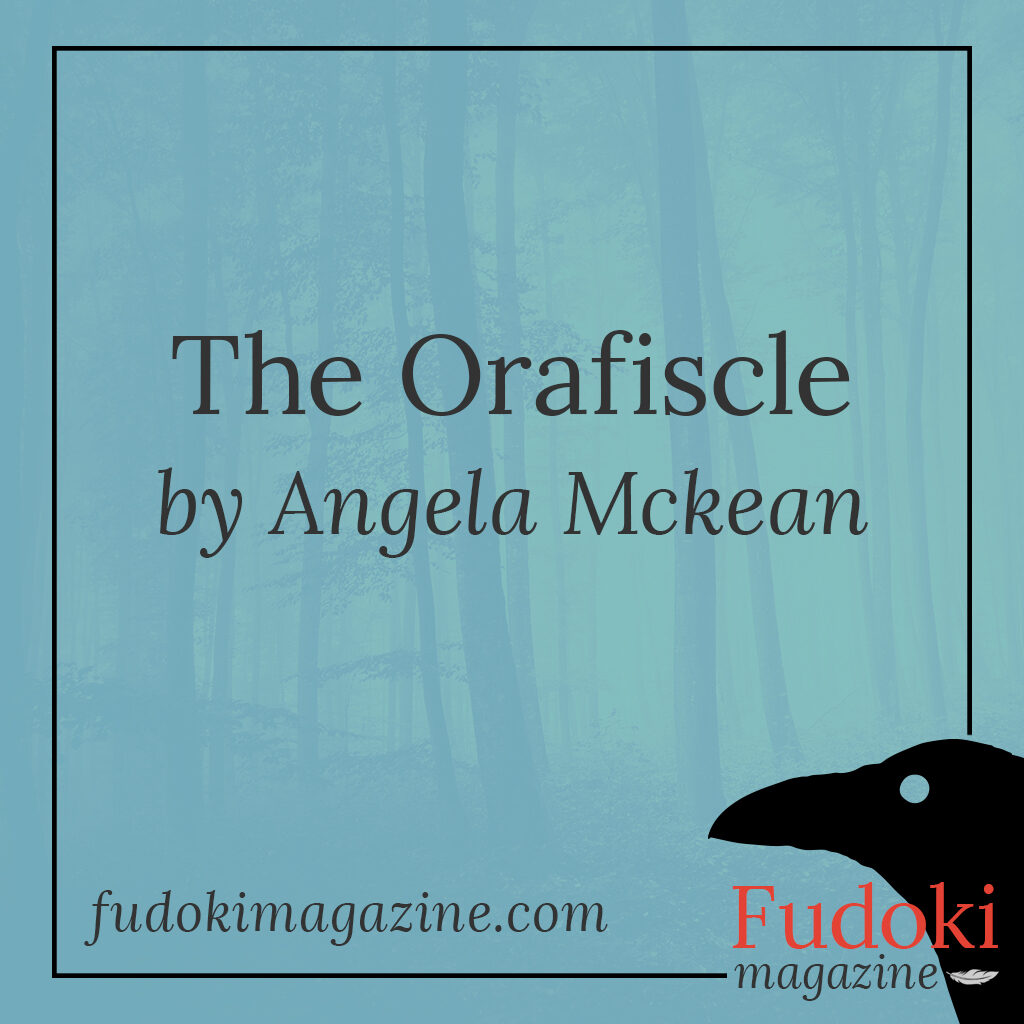 The Orafiscle, upon whom they all depended, was a changeling.  Unlike other changelings, he had not been seized from his cradle and replaced.  Rather he had become a changeling through his own foolish, impetuous behaviour.   He had failed to respect the teachings of the Sages when they told him never to drink straight from the brimming champagne flute of life, but to wait until the bubbles had subsided before lifting it to his lips.

Ignoring this, the Orafiscle seized the flute, drank deeply, and the bubbles allowed the devil into his soul.  The devil twisted him at right angles to the realm, turned his past into a Siren of great beauty, and the present into a series of misty whisperers who he could never quite hear.  The devil also gifted him a boomerang, supposedly to help with his future plans and decisions.

The Orafiscle puffed up with self-importance, loudly announcing to the realm that he knew exactly how to handle a boomerang.  He kept hidden the fact that to him, the future was a terrifying place.  It lay behind a huge locked door to which he alone had the key.  The door had a grey-black sheen and the handle had a strangely tacky finish.  He’d touched it once, and the tackiness spread all over him. This was helpful because it kept his juniors, the Fisclites, stuck to him, but it also left him with a lingering sense of unease. Fearing both to open the door and face whatever monster lay behind it, or leave it closed and never know, he found himself paralysed by indecision.

But now, the boomerang would be his saviour.

The Orafiscle knew you should throw a boomerang at right angles to the wind, otherwise it won’t come back.  But he didn’t realise he was already at right angles to the realm, and he couldn’t get it to work.  He narrowly avoided throwing it into a tail-wind, which would have caused it to take off in any direction it chose.  Torn between the misty whisperers on one side and Siren calls on the other, and refusing to heed the advice of the Sages, he dithered far too long.

Finally, in a flurry of indecision he tossed the boomerang into a headwind. It was the worst possible choice.  The boomerang whirled around him round like a tornado, tearing his jacket open, making his hair stand on end and leaving both him and the realm defencelessly exposed to the work of the Malignancies, the devil’s children.  They loved to play like all children and now, released from the devil’s orchard, they were free to roam the length and breadth of the realm.  They invented a new game, shaping devil’s mire into studded balls which they hurled at anyone they met.  Many of the realm’s subjects, and the Orafiscle himself, fell into the Well of the Unwell and had great trouble getting out again.  Others never made it out, and dissolved into sad piles of dust in the darkness.

The Orafiscle un-puffed somewhat, but the damage was done. As he crept nearer the door to the future the Sages gathered. They knew that the tackiness on the door came from the Orafiscle’s own hands, not from the door itself.  They also knew that freeing himself from being twisted to the right, and purging himself of tackiness were the keys to good decisions for the future.  But being Sages, they knew instinctively it was too soon to relocate from their house of hope into their newly built speculative venture, the edifice of expectation.