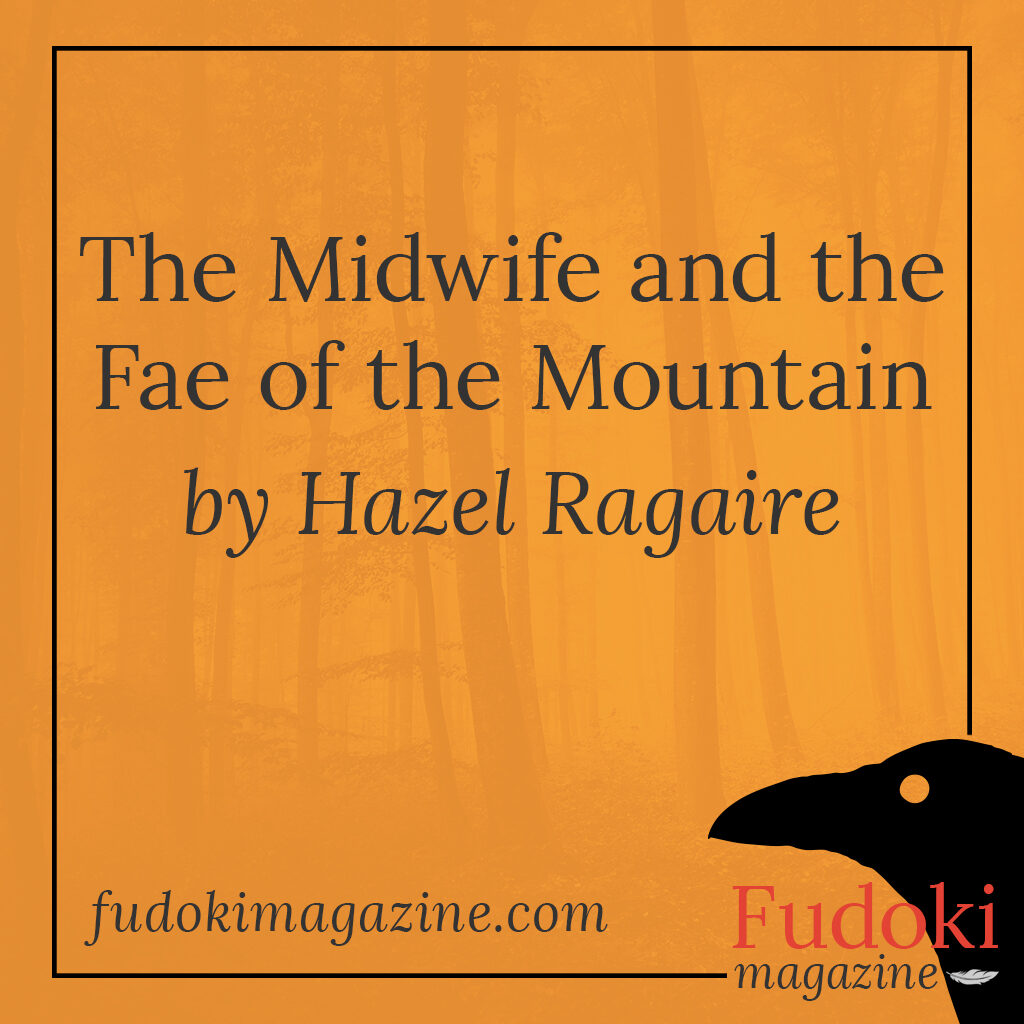 Long ago in a village like most others lived a beautiful, but more importantly, kind woman. Truthfully, she hailed from a proud line of midwives.  While none had married, they all saw themselves through childbirth quite nicely. She lived comfortably as she much preferred her own company to that of a husband who would tell her what to do and complain about her work’s unpredictable hours. So instead of marrying and listening to obtuse complaints, she cared for herself, the women and babes who needed her, and a generations-old medicinal garden.

While her ancestral home’s boundaries had not changed, the garden’s had. What began as a small patch now surrounded her home reaching the forest’s edge on two sides, a stream on the third, and a low stone wall on the fourth.  A constant hum rose softly as bees and butterflies and hummingbirds frolicked among rainbow-colored flowers.

The plants planted themselves happily. The stinging nettle’s toothy leaves played peek-a-boo among comfrey’s purple drooping flowers, which she used to help mothers build flexible tissues to reduce tearing. Blue cohosh’s bright blue orbs protected low-growing red clover blossoms essential for moderating hormones. Lemon balm grew abundantly, even within the walkways’ cracks, which was fine since she brewed batches of tea to calm mothers and reduce uterine pain.  She tried to corral the raspberry canes, though they sent up new shoots just to test her resolve; she didn’t mind though as their leaf tea toned the uterus, preparing it for easier births.

She’d added berry patches when she realized how often mothers had to bring older siblings along. She’d shoo the children out, sending them to pick pints for themselves and their mother to take home, and they delighted in picking blueberries, raspberries, blackberries, mulberries, huckleberries, and more. During winter months she let the children watch her shepherd life into the world.

Once, a grateful husband with modest means not only paid her mother the fee, but returned and built a stone workshop at the property’s edge.  Truly cherishing his wife, he recognized how close he’d come to losing her and how the midwife’s mother’s skills saved her; he’d humbly returned and built the workshop unbidden in thanks.

Now a grandfather seven times over he occasionally stopped by to say hello. She’d send him home with St. John’s Wort tinctures for his wife who lived with pain in her twilight years; he’d leave the midwife with the reminder of what real love looked like lived.

As commonly happens in her profession, she woke to loud pounding in utter darkness. Rising she lit a candle, quickly making her way downstairs, grabbing her stocked satchel as she went. Throwing open the door, she stopped short, catching her breath to halt a rude gasp of shock.

There, blocking the sight of the stars and all their light stood a troll, his fist ready to knock again with brow furrowed and eyes burning with purpose.

“Of course,” she replied.

He offered a calloused hand instead of grabbing hers. She appreciated the choice when time seemed of the essence.  Trusting her left hand in his, she stepped towards him with confidence.  He stepped to her side, transferring her hand to his left while moving his right around her back to rest on her hip.

They began walking but not; it seemed the wind worked through them, hastening them towards their destination, pushing and floating them simultaneously. Suddenly, they stood before a stone archway inlaid with silver far, far from her cottage. Appreciating its beauty, she turned and followed the troll who hustled down stone corridors and into the mountain’s heart.

Throwing open ancient doors, he ushered her inside.  She took in the plush carpets and carved animal-shaped sconces and a woman panting through great pain.

She asked for a small table, hot water, and soft, clean linens.  They appeared instantly, and she began removing her vials and bottles and pouches with dried herbs.  Assessing the mother’s distress, the midwife’s hands moved of their own accord, mixing and managing, calming and aiding. She called upon her lineage and welcomed them into the room.

Three hours later the babe arrived, wailing, ready to live in the world.  She smoothed the mother’s sweat-soaked hair from her brow smiling.  Removing her smallest vial, she mimed opening her mouth.  The midwife slowly released the Shepherd’s Purse tincture underneath the mother’s tongue and waited for the postpartum hemorrhage to abate.  Three minutes after that, she packed her belongings, certain of the new mother and babe’s recovery.

The troll offered her food and drink which she politely declined. Wise in the ways of the world, she knew the consequences of even a gratefully offered gift from under the mountain. Placing a loving kiss upon the mother of his child’s brow, he stooped, mummering in her ear and bringing a smile to her lips. Turning, he once again offered his hand.

Again, they rode the wind, appearing at her cottage door moments later.

“It was my honor,” she replied.

She went inside and cocooned herself in bed.

The next morning, she woke to find a mountain of silver treasures spilling from her table. She admired them all, then selected the smallest for herself.  Later, she traveled to town inquiring after the Magister Auctionarium.  She liked him immediately and retained his services. Since very wealthy people always crave the rarest of things and pay handsomely to possess them, her plan unfolded flawlessly.  The Magister Auctionarium coaxed the highest bids from the rich and sold all her fae silver for a quite hefty sum.

She spent well, buying all the adjacent land she could to expand her garden and build birthing cottages among the trees.  She welcomed every woman, especially those who could never pay. She began teaching others, sharing her lineage’s knowledge to honor them. Then, finally, the midwife began planning the conception and birth of a daughter.