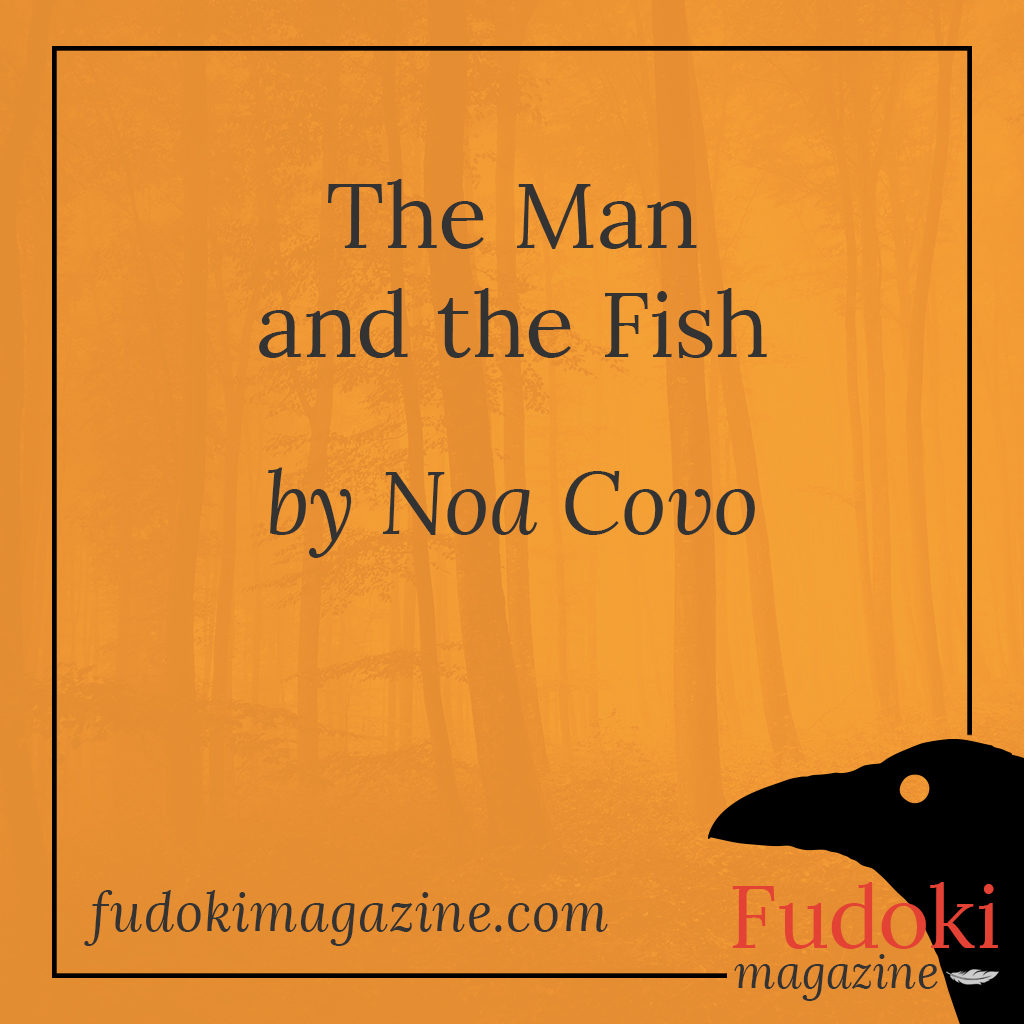 The man with the net had been fishing for nine days.

To him, it had felt like nine years. By the ninth day, he imagined returning home and finding his daughter on her wedding day. He would bring the fish he would catch to the feast, and fulfil what he had promised to his wife when he left the house in their tiny boat.

The man stood up. The sea spread around him. The sun was low in the sky. The man began to pull up the net.

He pulled and pulled and it puddled wet at his feet. At first he thought there was nothing in it, but then, at the bottom, was a bright blue fish.

“Ah.” the man said. The wizard had told him that the fish he would catch in the depths of the sea would feed his daughter for the rest of her life. Perhaps this was an incredibly rare fish, or a magical one.

“Hello.” the man said politely. The fish stared at him blankly. It didn’t even twitch.

“Are you magical?” the man asked.

“Yes.” the fish said. “Give me a minute, won’t you?” It flopped around for a few minutes, stopped, and made a sound as if it was clearing its throat.

“So you are magical?” the man asked again.

“A wizard told me I would find a fish that would feed my daughter until the end of her days.”

“I see.” the fish said. It flopped a little more. “What did you do to deserve such an honor?”

The man looked at his feet. “I stole something of his.” he said.

“Did you? Why would he reward you for that?”

“We were starving.” the man said. “The wizard said he would help.”

“How old is your daughter?” the fish asked.

The fish said nothing more.

The man and the fish rowed for five days and five nights. At last they reached the shore the man had come from. The man got out of the boat and stepped onto the sand.

“I am sorry for killing you.” the man said.

The man took the fish to his kitchen. He chopped off its head and wondered if it would grow. Perhaps once it boiled it would double in size, or sate his daughter for a week.

He cleaned the fish and put a pot on the fire. In the pantry there was a single, shrivelled onion.

His wife entered the kitchen. She was no older than he remembered.

“You came back.” she said. The man nodded. His wife wrinkled her nose.

“Food for our daughter.” the man said. He ladled the soup into a bowl.

“Husband,” his wife said weakly, reaching out her hands. “Please. You have been gone for two weeks. We have had nothing to eat but onions and radishes.”

The man looked at his wife and shook his head. “First, I will feed our daughter.” He took the bowl and carried it to his daughter’s bedroom.

Two weeks of onions and radishes had made her thinner. Her eyes were wide and hungry.

“I brought you food.”

She clutched the bowl in both hands and sipped it slowly. His wife joined him.

“The wizard said it would feed you for the rest of your life.”

His daughter nodded. She placed the bowl on the floor and closed her eyes.

“It would seem he was right.” she said. She did not move.

The man rushed towards her, as did his wife. She picked up the bowl and drained it.

Her eyes widened. The bowl fell from her hands. She fell besides her daughter.

The man picked up the bowl and shuffled to the kitchen, feeling as though he was once again lost at sea.

He went to the pot and refilled the bowl a second time.