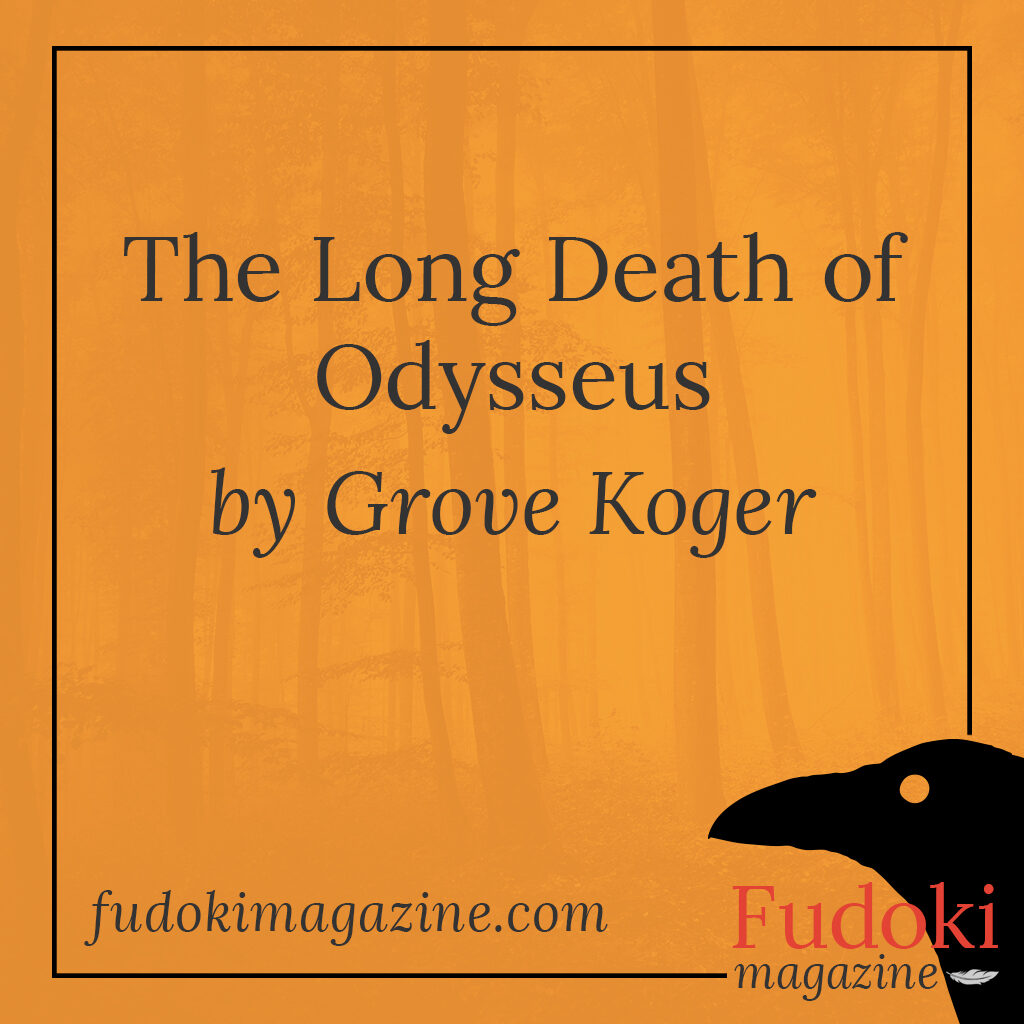 Having traveled to Memphis to consult its priests, Herodotus concluded that the beautiful Helen had actually spent the Trojan War in Egypt. Likewise, several of the historian’s contemporaries argued that Odysseus fell at Troy and that his famous wanderings were nothing more than the visions of a dying man.

As they acknowledge, Odysseus won the armor of Achilles upon the warrior’s death, but they add that he lacked Achilles’ prowess in battle. Thus it was that a Trojan swordsman bested him after he leapt down from that most cunning of all his inventions, the wooden horse. The goddess Athena stayed the sword, however, hoping to save the life of her favorite by pleading with her father, Zeus.

Swayed by the arguments of his daughter, the King of the Gods granted her this: while Odysseus must indeed expire within the walls of Troy, his final moment would last him half a lifetime. Then grateful Athena wove a shroud for the dying king of Ithaca, a shroud as fine as any mortal would ever see. Here in the warp and weave were the fall of the great city and the division of its spoils. Here were Circe and Calypso, Aeolus and angry Poseidon, lotus-eaters and Laestrygonians. Here Odysseus blinded Polyphemus and dared six-headed Scylla and thirsty Charybdis. Here sirens sang their sweet song. Here was homecoming longed for and long delayed.

There were three occasions during which the dying Odysseus may have glimpsed the truth. The first took place as he conversed with the shade of his mother at the western edge of the world. “Why can we not embrace?” he asked, desperate for a measure of the love he remembered so well. The shade looked up at him mournfully, saying, “My son, we dead are like this, insubstantial. The sinews of our bodies have failed and our souls have flown away.” At this answer Odysseus was seized by a sense of his own unreality, and dared ask no more questions.

The second occasion occurred after he had stared too long at the setting sun on Calypso’s isle, then turned to contemplate the pale landscape in which he stood, the pines and the palace walls having faded to the color of the sand at his feet.

The third occasion took place toward the end of what had seemed to be his old age on rocky Ithaca, when it suddenly came to him that his life—all those years of voyages and adventures, seas and islands, monsters and angry gods and willing women—had passed by in a dream. But were those, too, threads in the shroud? If a dreamer dreams that he dreams, then where does the truth lie?

In any case it was not long after Odysseus’ final moment of doubt that an unbearable pain flashed through his chest. The old man’s hand slipped from the plow and he fell down dead, ruddy in the bloom of his young manhood, in a distant and far different field.

One thought on
“The Long Death of Odysseus”