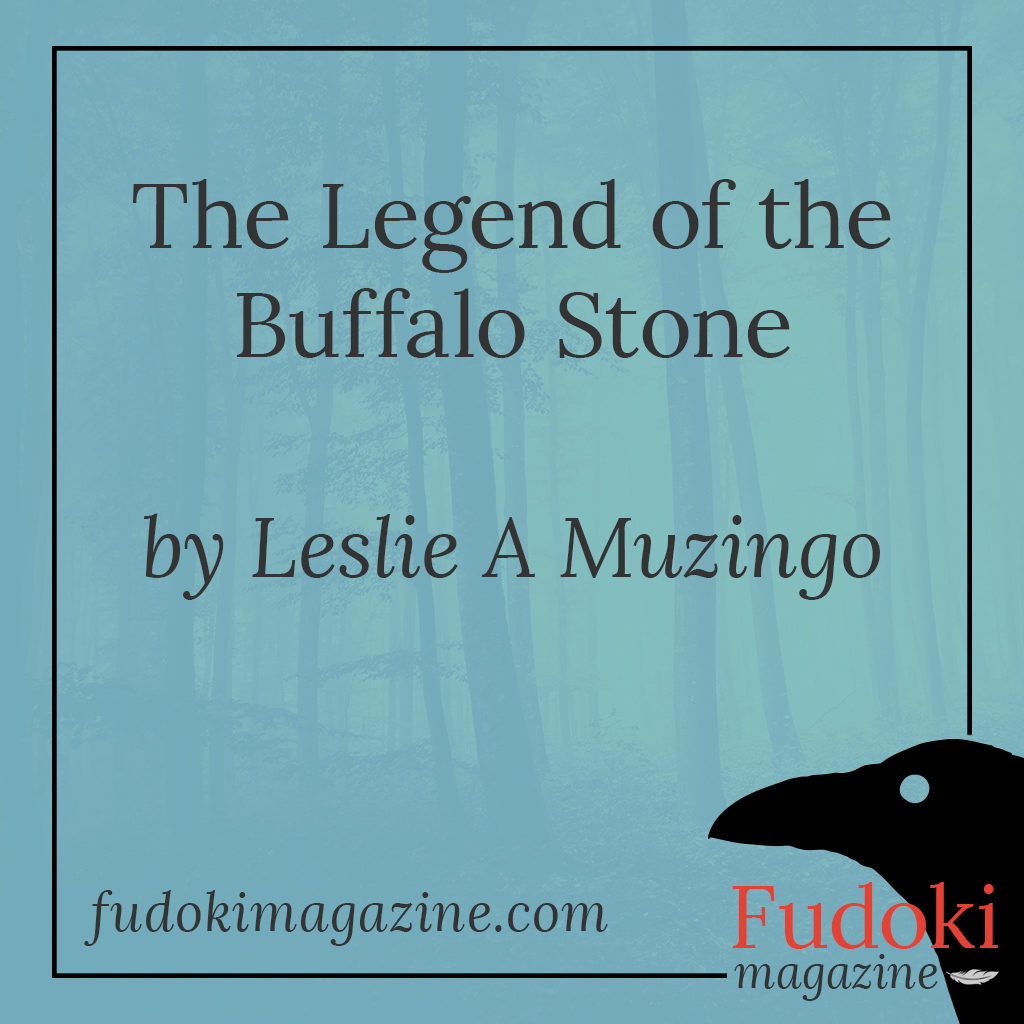 Once the Blackfoot Indians lived from Saskatchewan to Yellowstone, free under the Big Sky. Life was good. The sun warmed their bodies and songs filled their hearts. Buffalo was plentiful.

Starlight and her husband lived many years alone in their lodge.  During this time of great wealth, her husband took another wife.  This pleased Starlight, for she had not provided her husband with children.  She would remain First Wife, but now her husband would have sons.

Then a shadow of hunger fell over the land. The buffalo disappeared. It was as if the beasts had developed wings and flown away.

No songs were sung except the chorus of hungry bellies. Although the children were fed first, many became ill. Then a child died. The Chief called a meeting to discuss what should be done to prevent future deaths and to give the child’s mother her due.

The ancient Chief, with his face a map of all places the Blackfoot had camped, gave his heart-felt sympathies, and the crowd echoed that response. Blackfoot parents had always accepted public sentiment with dignity, but this bereaved mother burst into tears and wailed the sound of true heartbreak.

Her misery ripped the tribe’s collective soul apart. Other mothers clutched their own children and joined the woman’s weeping. The men also cried; even the Chief’s rutted face-map flooded.

Starlight saw her husband and his Second Wife holding their children and wailing with the rest.  Starlight wanted to join them and weep without ceasing for she, too, felt the pain of loss and the emptiness of hunger. But someone must be strong.

She approached the young mother and took her in her arms. “I knew your boy,” Starlight told the grief-stricken woman, “and he was beautiful.  Let’s step away and talk about him.”

The bereaved woman quit crying and went with Starlight.  A hush fell over the tribe once they had gone.  The campsite, which had been exploding with sound, now only held the resonance of breathing as it hit the night air.

It only took a moment for the tribe to focus again. Together, they decided to abandon their traditional campsites in favor of camping by the river where the smaller animals dwelled.

After consoling the young woman, Starlight returned to the lodge she shared with her husband and his Second Wife.  Her husband waited for her outside.  He praised her actions in the meeting, saying she had used both compassion and wisdom.

“But you are no longer First Wife, nor can you live in my lodge.  I will help you when I can, but I must think of my children.”

He gave Starlight an old Buffalo robe, full of holes.  When they moved to the river land, he gave her something to eat if he had it to spare.  Otherwise, Starlight fended for herself.

Starlight guarded her husband’s lodge when he hunted.  The pegs that held down the lodge skins became loose; Starlight hammered them back in place. When a fire anthill grew close to the lodge entrance, she poured boiling water down it and killed the Queen.  She chased away hawks, pulled nettles, and kept the area free of sharp objects.  Daily she ran after her husband’s children and returned them to their mother, for the young woman was lazy and paid more attention to her hair than her duties.  Always aware, always watching, Starlight protected her husband’s home when he was away.

Each night, she pulled the buffalo robe, worn and full of holes, around her thin body and curled around the communal fire.

One clear night, as Starlight stared up at her namesake, a voice whispered to her.

“Starlight!  I’ve watched you and know your worth. Tomorrow, after the men leave, I want you to dig where you now put your head.”

Starlight fell into a deep sleep, but she remembered those nighttime words when she awoke. She dug as directed, and there she found a beautiful stone of red, blue, and green.

The stone spoke again.  “Take me to your husband, and I will give you words to bring back the buffalo.”

Starlight’s husband grew excited when she gave him the stone. “We must take you to the Chief!”

“But I am First Wife!” his young wife stomped her foot and cried.  “I should take the stone to the Chief!”

Since the husband held the stone, it gave him the power to see the truth of all Starlight had done for him and how little work his young wife performed in his absence. “No, you are only Second Wife, and a lazy one too!  Now, hold your tongue!”

He took Starlight to the Chief, and in the stone’s voice she told the men to put a row of rocks outside the Chief’s lodge.  Then she put the stone to her mouth and sang. The sound that poured forth was of both morning and night, of daybreak mist and evening sunset, of falling snow and pure silence.  It combined all the sounds the Blackfoot people held dear, including the lowing of the buffalo.

At the highest, sweetest note, the row of stones grew huge and turned into buffalo.  Led by a middle-aged cow, they walked past the tribe to the top of the highest foothill and jumped off.

That night, after everyone’s belly was full, the Chief put his own buffalo robe around Starlight’s shoulders.  “The stone spoke to Starlight because she did her duty and watched her husband’s children and home although he cast her out.  It chose the one of us with the most beautiful soul.

The tribe cherished Starlight for the rest of her days.  Upon her death the stone, as if by magic, disappeared.