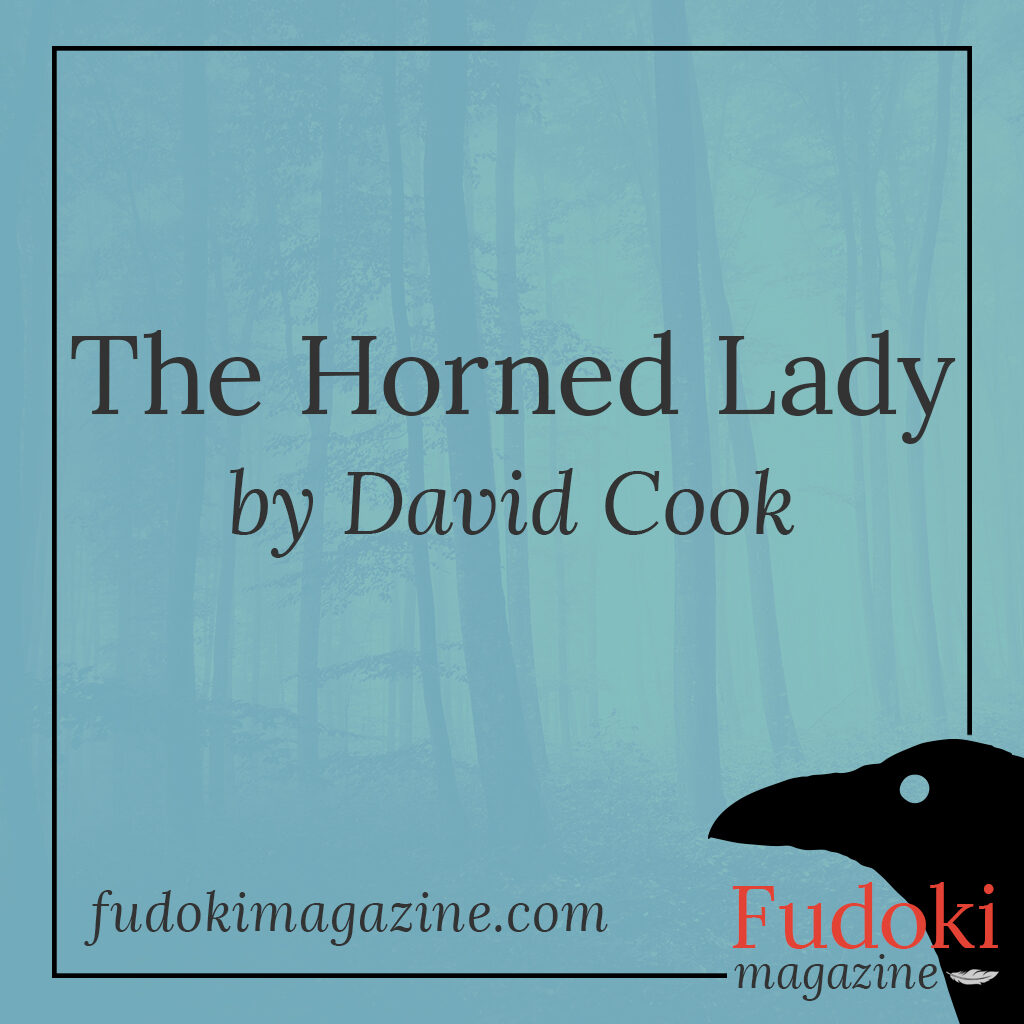 Screaming, I’m yanked away from the Horned Lady as she is dragged towards the pyre. ‘Shush, girl,’ orders Father, clamping me around the waist as men haul her over to a wooden stake and bind her to it.

‘We should have done this a long time ago,’ replies Father as villagers pile more bracken around the stake. ‘A woman with horns can’t be natural.’

I sob so fiercely my tears alone could end the drought. ‘She’s not a witch!’ I shout. ‘Help her! She’s my friend!’

‘Quiet!’ hisses Father, thumping me on the head. ‘What d’you mean, ‘friend’? You don’t spend time with that creature, I know you don’t.’

I’m about to tell Father that everything he knows could be scrawled onto a handkerchief, with plenty of space left over for the mucus from his oversized nose, when the shout of the Witchfinder interrupts. ‘Demon!’ he hollers, waving a torch above his head. ‘Witch! Burn, foul being, and bring back the rain!’ He thrusts the torch into the heap and flames swallow the kindling quickly, greedily. The heat is searing even from here and I can’t comprehend how the Horned Lady doesn’t scream for aid, for mercy, for the pain to stop. Instead, she holds her head high and stares straight at me. I take a step towards the pyre, but a flicker in her eyes orders me to stay put. The fire climbs, licking her feet, then rising around her legs. Yet she suffers her torture in silence, still holding my gaze. Soon, she’s engulfed in flame. People murmur, her lack of noise unsettling. Finally, after an eternal wait, her head slumps onto the blistered skin of her chest. The fire will die quickly now, but anguish and fury will stoke the blaze in my heart for a long time yet. I try to run to her, but Father pulls me back. ‘It’s done,’ he says. ‘Let’s go.’

At home, I stand outside and think of the Horned Lady. By now, someone will be cutting her charred carcass down from the stake. The image of this causes something inside me to snap and I cannot control my rage a moment longer. I wish for the whole damn village to burn. A huddle of cottages opposite bursts into flame. I smile as people spill from them, screaming. There’s nothing they can do. There’s no water.

I caress the tiny horns hidden beneath my bonnet. They appeared when she began our lessons. The mark of witchcraft. I wonder how large they’ll grow.

The drought was naught to do with witchery. But the inferno that’s coming will be borne from witchcraft at its most pure. I wave a hand and set some villagers ablaze. Their cowardly shrieks as the flames consume them contrast starkly with the dignified silence of my mentor.

They won’t come for me. She was wrong about that. I’m coming for them.

Everyone will burn for the Horned Lady.