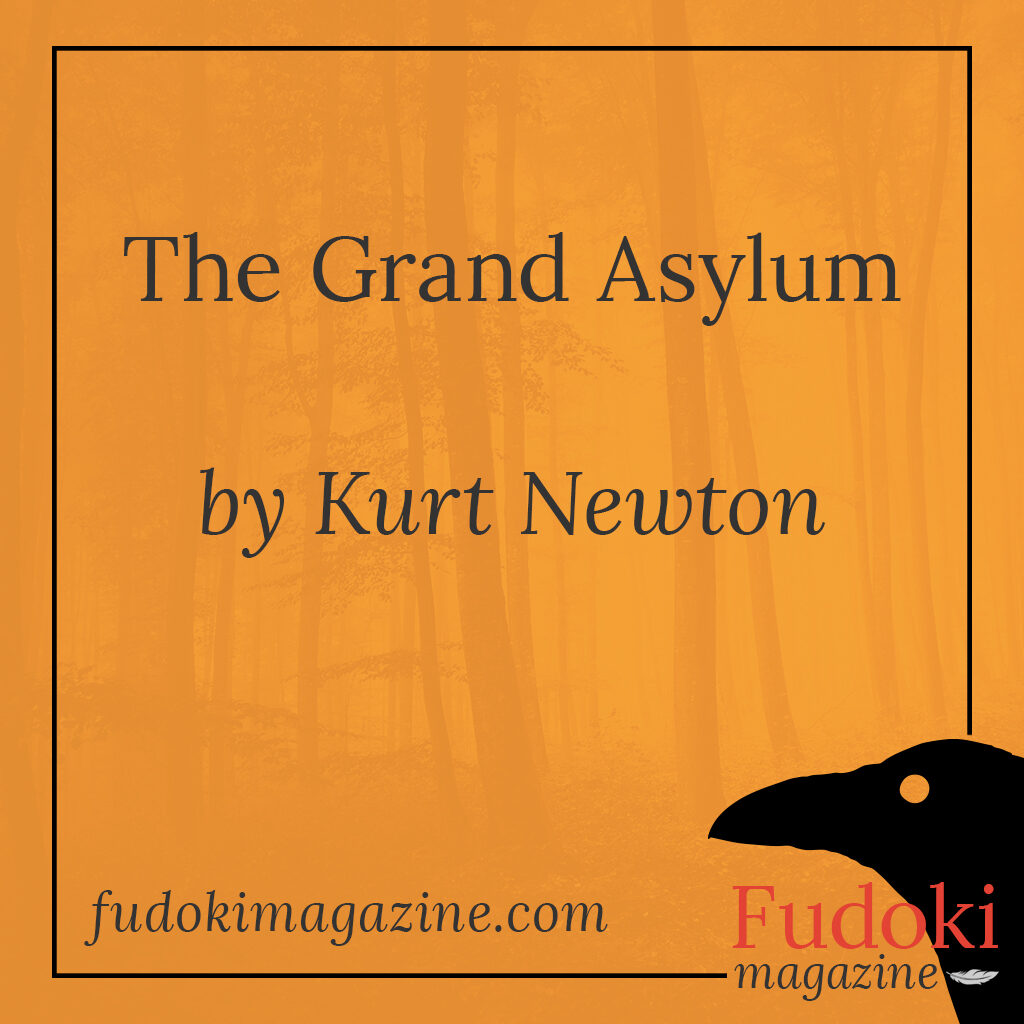 There once was a Grand Asylum high on a hill. To get there one only had to travel a winding road through twin rows of tall oak trees. The people of the village below feared the Grand Asylum. It was said the structure was built for a very rich man by perfectly sane people, but upon completion they all went mad; and instead of returning home to their families, they took up residence in the great chambers and echoing hallways of the expensive mansion which became known as the Grand Asylum. What became of the very rich man was also a mystery.

Since that day, no one had dared travel the winding road that climbed like a serpent up the hill to the place of the damned. No sane person would ever conceive to even approach the grand entrance to the magnificent building¾a building that managed to stay as beautiful and elegant, and dare I say inviting, as the day it was constructed. For no sane person is believed to have ever returned from such a trip.

For decades the people of the village debated whether to rid themselves of the Grand Asylum. It was a constant reminder of madness looming over them like a malevolent shadow. Its unnatural beauty and peacefulness only reinforced the fear that nothing good would ever come of its continued existence. It was a temptation they could do without.

So, one day, a group of villagers banded together brandishing weapons and torches to destroy the Grand Asylum once and for all. However, when the angry mob reached the Grand Asylum’s doorstep, the doors swung open and a child greeted them there. He or she, it was difficult to tell, was the most beautiful child anyone had ever seen. Axes and swords were lowered then tossed to the ground. Torches were capped until their fire turned to smoke. It is believed that the child then stepped aside and one by one the visitors entered the Grand Asylum, the doors closing behind them.

From that day forward, the villagers learned to ignore the Grand Asylum. The oak trees grew thicker, the road narrowed, and eventually the once grand edifice high on the hill had all but vanished from existence. No one spoke of the magnificent structure, and the way there was lost from memory. Only by accident could someone happen upon it, and their disappearance was attributed to one of the many dangers in the woods surrounding the village.

Now, you may be wondering how it is I have come to know all of these things. Well, someone had to design the Grand Asylum in the first place, someone with a grand imagination and a special place in their heart for the crazy notion of childhood everlasting. And so the idea was born.

So, when you venture out beyond the village, past the edge of the woods into the great unknown, a word of caution: if you see a child as radiant as a new day, it just might be a reflection of something deep inside of you, something innocent, something beautiful, that’s been hidden away all this time just waiting for the right moment to show itself.

Despite what you’ve been told, it’s never too late to visit the Grand Asylum. Our doors are always open, and you are always welcome here.