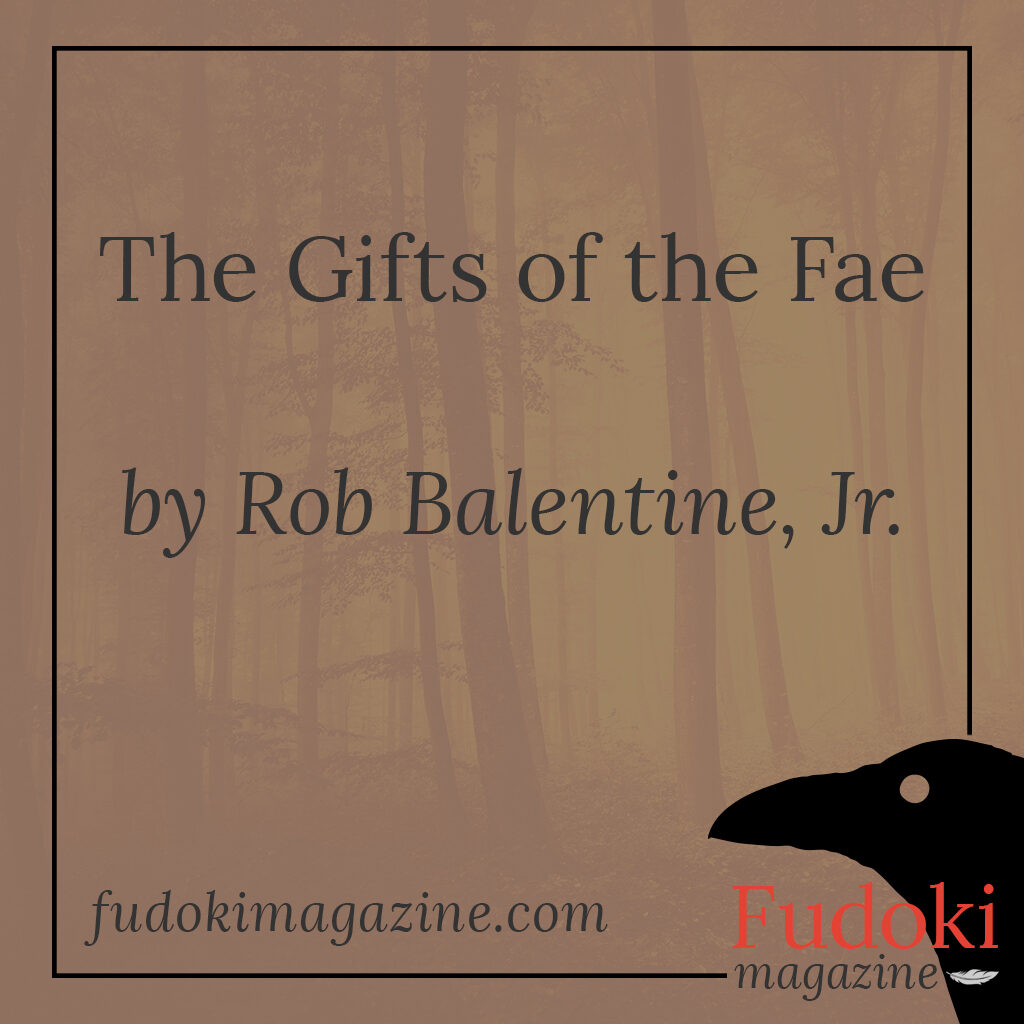 The change begins each eve with a crack of bones and wracking pains, wings emerging like sprouts from soil before unfurling and hardening in the night air.

Finbarr’s móraí warned him as a child about the dangers of accepting the gifts of the faerie-folk, that their promises have a cost. And he did, to his credit, ask them of this when they came to him one humid Beltane’s eve, with pledges of things unimaginable: immortality, flight, and riches beyond compare.

Oh, tis but a small price for what we offer, they replied. A minor compulsion or a quirk of personality, if you will. Smiles like daggers gleamed in the firelight.

He weighed the explanation against the offer. What quirk, what craving could be so ruinous as to refuse such a bargain? With riches he could be a landowner with servants and a title, black pudding and mutton replacing nettles and starvation. Fin and the Fae sealed their pact with a drop of blood and a game of fidhcheall. Stringed instruments rang out in the night and jugs of cream flowed aplenty. He awoke in a glen with nary a Fae in sight. Dew drops rolled from his clothes and splashed bitterly against cold, mossy stones. On his hand rested a sigil he did not recognize–a seven-point star that faded with the light of dawn.

If only he had the ability to talk to his younger self now, knowing what was in store for them both. The transformation comes for him each night, as it did that first night, so long ago: his compulsion, his obsession, his curse.

There are evenings when he longs to take casúr and siséal upon his journey, to carve out every object of his desire and satiate his hunger once and for all. But this is not a thing his affliction allows. A trade must be made–equal reward for the exchange.

And so, he goes about his half-life each eve. You may catch glimpses of him in shadow: a flutter of wings and the whispers of a child’s waking dream, so easily dismissed by morning’s light.

But rest assured he is there, making his trade, as he always has. As he always will.

One coin per tooth.

2 thoughts on
“The Gifts of the Fae”