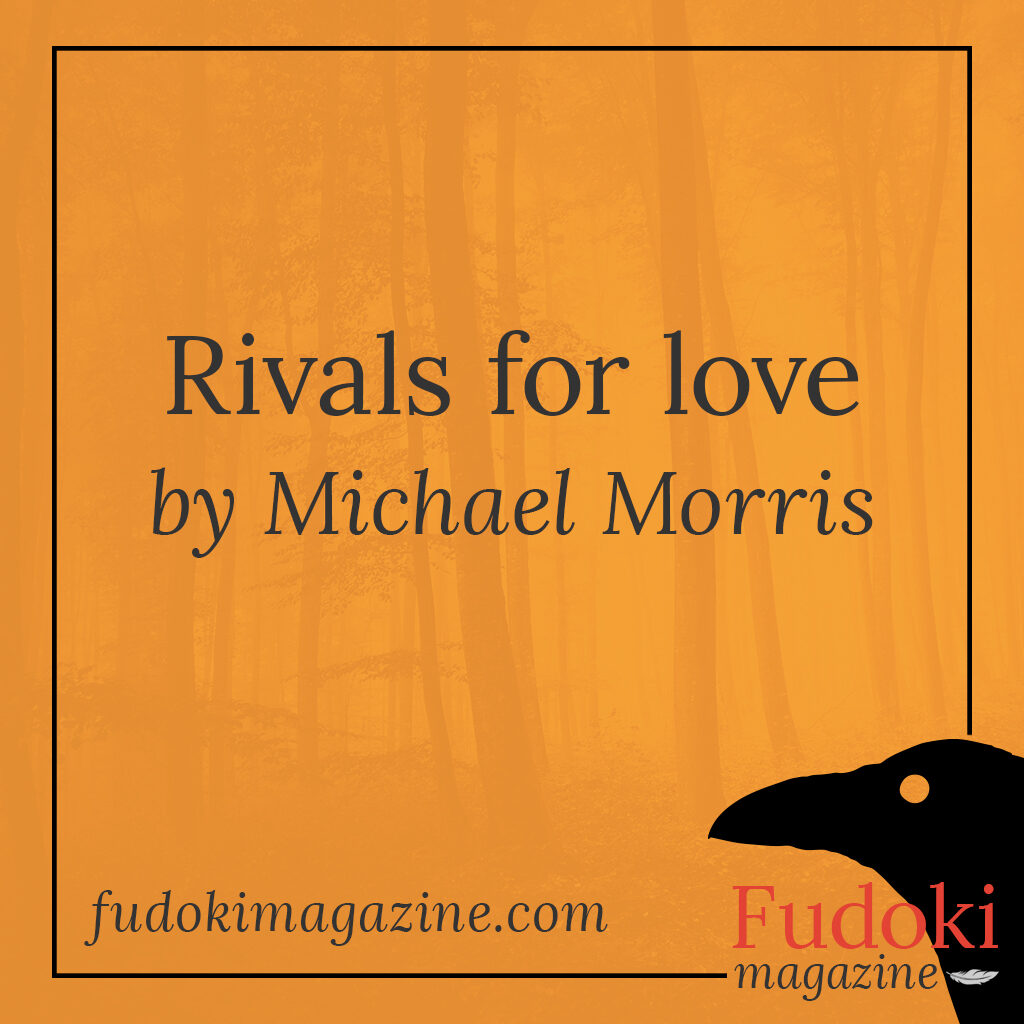 Not long after Tahi’s birth he was infected with one of the diseases the Pākehā had brought upon them. His mother nursed him for several months until the creeping yellow retreated from his face, his hacking cough disappeared, and he regained appetite for kai.

The Rangatira grunted when his wife Hine brought him the news. He was far more delighted when Hine told him a few months later that she was pregnant again.

Rua was a healthy baby.  In spite of the two-year age difference it did not take him long to overtake his brother in looks, strength and knowledge. Rua absorbed the teachings of the elders with no difficulty. For Tahi it was a struggle.

In martial pursuits also, Rua showed himself the better. From the time Rua was one year old he could wrestle Tahi to the ground. Rua was so fierce with taiaha and mere that he could sometimes beat grown men. He was equally proficient with the Pākehā musket, and could hit all the targets with ease.

Tahi tried his best, and became at least acceptable, but could never match his brother. It was the same in everything they tried. Hunting, fishing, setting snares, imitating the birds, even telling stories. Tahi was adequate, Rua was brilliant.

Living in the shadow of such a brilliant brother could have made Tahi bitter. If all had ignored him as his father did, this would have been quite natural. But Rua himself was modest in his achievements, and would encourage Tahi at every opportunity.

Until the day the brothers fell in love with the same girl. Her name was Māia.  Her skin was dusky, her body firm and her hair cascaded in waves like glistening waters.

Māia treated both brothers equally. But it soon became apparent that in love, as in war, Rua was the better. His love songs were sweeter, his poetry richer, and he knew all the ways to impress a woman with his prowess.

Tahi did his best, as he always did, but he was no match for his younger brother.  Gradually Tahi found himself edged out.

Tahi’s failure would be easier to bear only Rua stopped treating him with his customary respect. Love had made him cruel.

“You’re such a loser, Tahi,” he would say. “That’s why you cannot win the love of a good woman.”

Tahi’s bitterness grew in him, but so too his love for Māia, until one day in desperation he confessed his love for her.

“Māia, my darling, I have loved you since I first saw you, but now you have eyes only for my brother. He is better than me at most things, but in one aspect I excel; my love for you is stronger.”

Māia understood the passion in which Tahi spoke. But she told Tahi she loved his brother more.

“Your brother has proved his love in so many ways,” she said. “In song, in story-telling, his love is always declared to me. And he is better in courage. Rua will venture out in the worst storms and battle huge fish, but you are too timid to even go outside the sight of land.”

“But it is all so easy for him,” said Tahi. “Please give me the opportunity to prove to you how much I love you.”

Māia thought for a moment.  She pointed to the west, where the tip of the sacred mountain Ruapehu was just visible. “Go to the gods of fire, and ask them for courage and strength. Then perhaps I could love you.”

Tahi blanched. The journey was beset with dangers. There were hostile iwi, marauding Pākehā, steep mountains, and raging streams, full of the spirits of the Taniwha. The mountain itself was known to belch snow and fire.

“I will set off immediately,” said Tahi.  He gathered his possessions and set off for Ruapehu and the gods of fire.

We will pass over the rigours of the journey, and the hardships Tahi endured. Tahi stood at the gate of the fire god on the summit of Ngāuruhoe several weeks later, petitioning the god to hear his plea of love. Fire belched from the opening, and a blizzard of snow howled.

The god answered from the heart of the volcano.

“Welcome, Tahi,” it said. “I have been expecting you to claim the gift bestowed on your brother from the time he was born. You, I have chosen to seek it out. Say the word now, and it will be granted to you.”

Tahi thought long and hard. He had risked his life coming to the mountain. He had been captured by a hostile iwi. His erudition was just sufficient for the chief to release him. He had dodged the bullets of a Pākehā patrol, and he had climbed mountains and swum rivers to claim the gift, but now it looked like a trick.

So saying, Tahi turned his back on the mountain, trudged to its foot, swam the river, dodged the bullets, avoided the hostile iwi and returned to his own hapū.

In the meantime, Rua had been pressing his suit with Māia.

“You are beautiful beyond compare,” Rua said. “It would make me eternally happy if you could link your name with mine.”

Rua gave a cry and sank to his knees. “But why?”

“Because everything is so easy for you. You have been given the gifts of the gods and never had to strive.  This can be seen in the way you strut through this village as though you own it. I cannot love you, Rua.”

Just then, Māia caught sight of Tahi returning from his journey, muddy and dishevelled.

Tahi caught Māia’s eye and shook his head.  “I refused it,” he said.

Māia rushed over to Tahi and flung her arms around him.

“Behold my lover!” she cried.