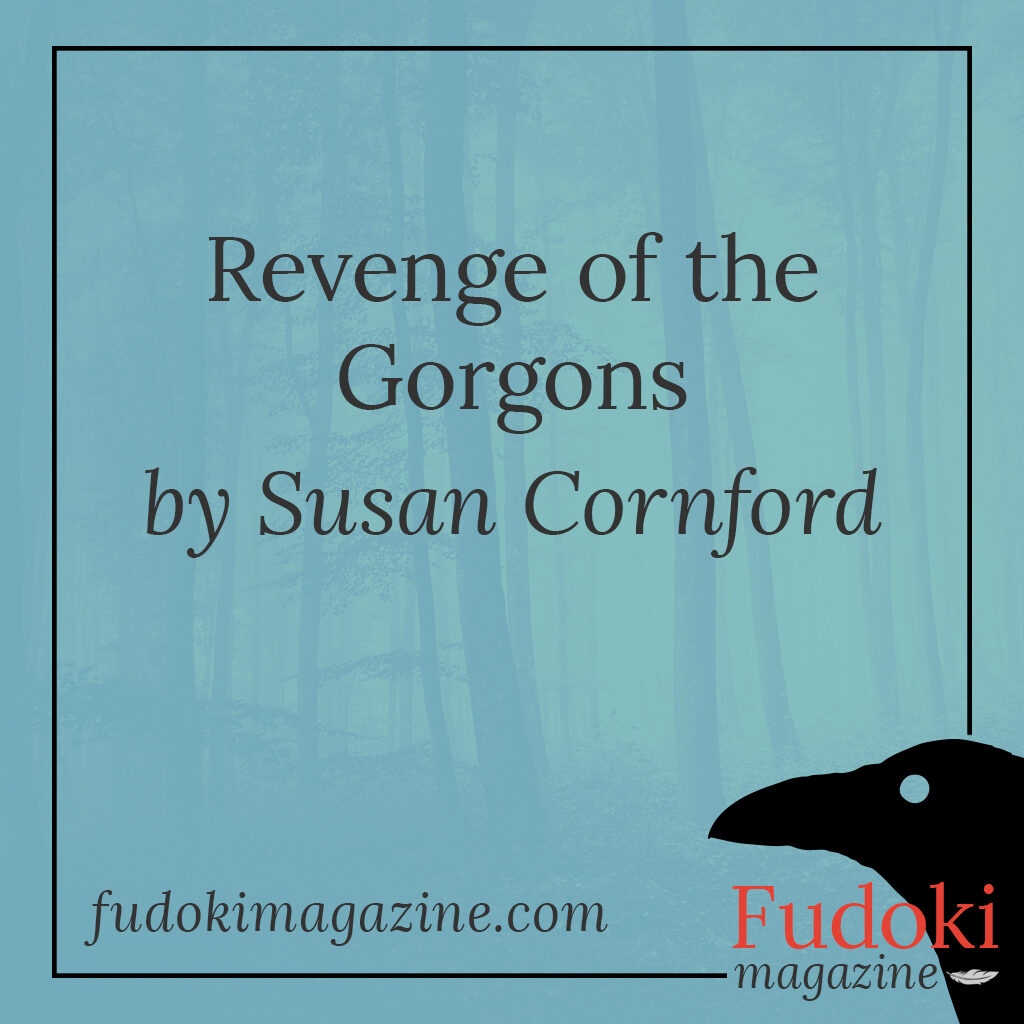 There used to be three of us once: the winged, snake-headed Gorgon sisters. And then Perseus killed Medusa, the only mortal one, for the trifling purpose of rescuing an Ethiopian princess named Andromeda. In doing so, he used our dear sister’s severed head to turn a sea monster into stone. I might add that Cetus was our second cousin, so it added insult to injury. Then Perseus married the stupid girl, they had nine children and everybody thinks that’s the end of the story. But we Gorgons have long memories and, sooner or later, we were going to get our revenge.

Andie called upstairs to the kids, “You have five minutes to get up before I turn you into stone!” This threat had been handed down in her family for a very long time and it always seemed to work; she shivered at the memory of her mother, Danae, using it.

Percy and Cassie barrelled into the kitchen, inhaled their breakfasts and bolted out the door to walk to school. They didn’t notice the two ugly, old ladies who stood on the corner, hunchbacked in their hooded raincoats, but the felt a chill.

Normal-looking kids. You’d never know they were supposedly descended from an adulterous god and Perseus’s unmarried mother, who said that Zeus visited her locked bronze tower in a shower of gold.

We’ve worked our way through the descendants and these are the last ones. It’s been very satisfying to find ways of turning people into stone and making it look like they’ve been kidnapped or mugged.

The kids turned in at the cemetery they cut across as a short cut. Most of their friends wouldn’t set foot in there but it had never bothered them. They liked the Greek-style statues their mother had said were part of their heritage. At the risk of being late, they posed beside one of the graves.

Suddenly each child was being grabbed and forced to look into the eyes of an ugly, old woman with fly-away hair. Shrieks and wiggles and running left the attackers standing with their mouths open. Their return to Greece was set for that afternoon, so they decided to retreat and rethink.

Andie, ready to go shopping, popped in the contact lenses her grandfather had invented for all of them. As he had said, “There are worse things than ultraviolet rays!”