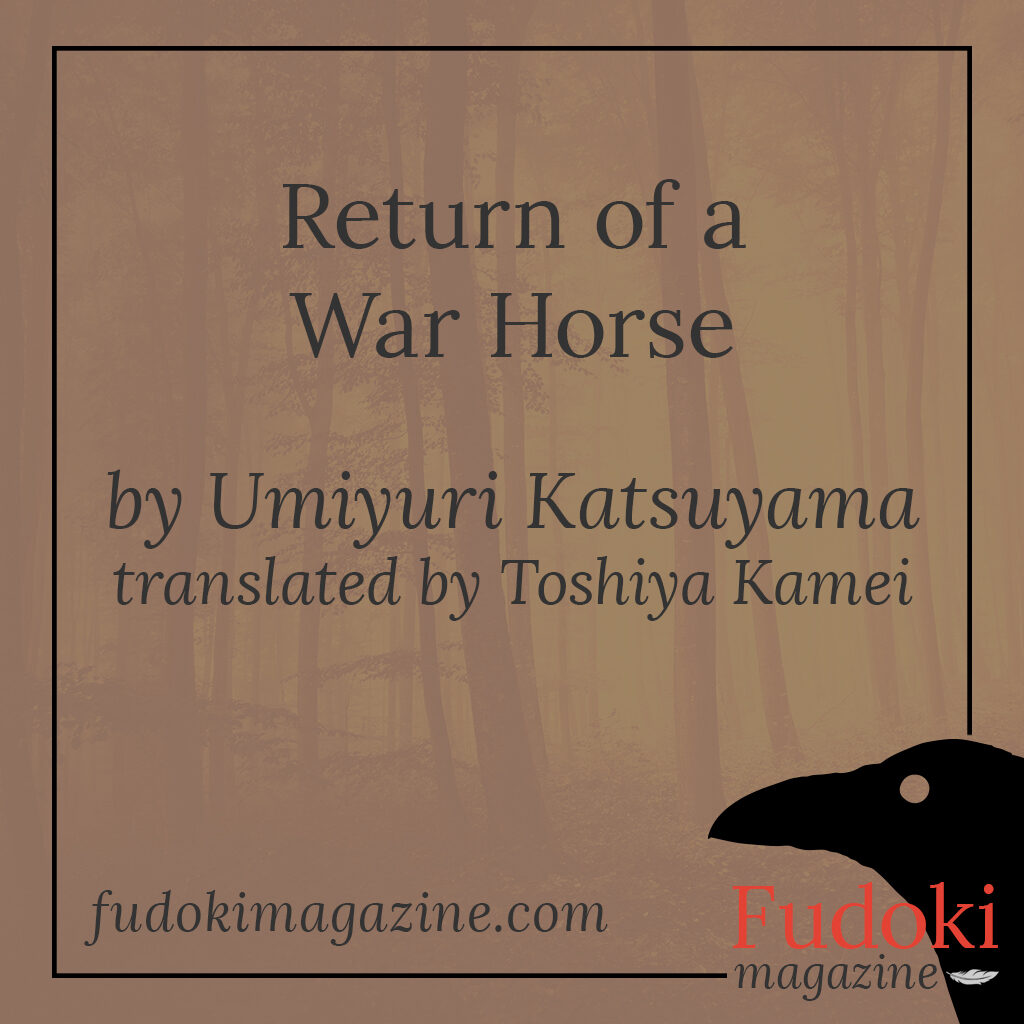 “The horsie’s back!” My youngest son sat up in his futon next to mine. “My Ao’s back. I think I’ve heard his hoof-beats.”

A couple of years ago, our horse was taken into Japan’s imperial army. Along with many others, he went through training before being sent to mainland China—that was all we had been told. We never learned his fate. No horse had ever yet come back alive from the war.

Then my ear caught a mingling of sounds from the barn—a horse kicking the door with its forelegs, begging for hay.

As I bolted out of my futon, I met my son’s gaze in the dark.

“Might’ve strayed from some ranch,” I suggested. “Lemme go check.”

Naked except for the fundoshi covering my loins, I slipped into my well-worn brown geta at the doma and stepped outside. In the stillness of the night, the bright moon shone overhead. The persimmon trees bore shiny, orange-red fruit. Whinnies and nickers reached me, sounding as if seeking attention.

“Ao!” my son cried, darting toward the barn.

Ao was black except for inside his mouth. His shadowy figure emerged from the darkness. His jet-black eyes reflected moonlight. I froze, my eyes fixed on Ao, my mouth agape with disbelief. My vision blurred as tears welled up. I followed my son. I wanted to take Ao to the river and wash a long journey’s sweat and dirt off his body. I had given up hope of ever seeing him alive again.

But when we reached the barn, it was empty.

“He was here just a minute ago,” my son mumbled and burst into tears.

A few days later, a horse came back to a man named K— in our county. The horse still had bullets in his body and wore a medal around his neck. When K received the news, he rushed to Nerima village on the outskirts of Tokyo to pick up his horse. From there, he traveled on foot some five hundred kilometers to bring the horse home.

When they reached the last mountain to climb down, the horse neighed with joy.

The moon rose high in the sky that night. K felt as if the spirit of dead horses had followed him home.