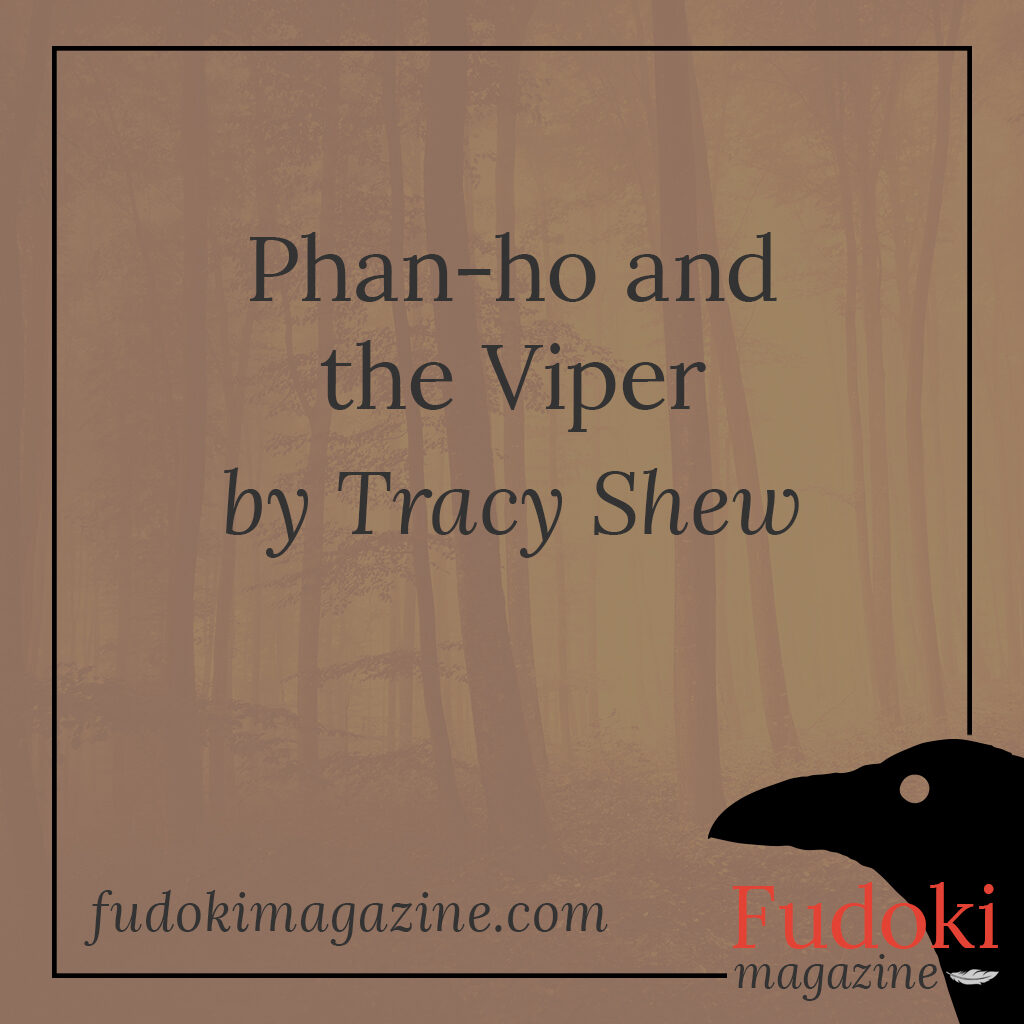 One day, the great philosopher Phan-ho (also officially named Xuria) was strolling through his garden. While lost in thought, he was suddenly surprised by a green viper, less than a hand’s span from his sandaled foot, coiled and ready to strike.

Phan-ho froze and dared not breath, knowing that if he moved the viper would instantly strike. He could not retreat, or even raise his walking stick – green vipers can strike quicker than blinking an eye, and their bite was always agonizingly fatal.

Phan-ho did the only thing he could think of. In a calming voice, he recited the Seven Principles of Achieving Non-Violent Cooperation with an Enemy for the snake, which are “Think before acting, show respect and honor, enter into peaceable dialog, demonstrate strength but also humility, earn and extend trust, speak nothing but the truth, and suggest achieving mutual goals.”

To his amazement, the snake relaxed and uncoiled, and began to inch away from his foot. It had worked! Somehow the snake had understood that he meant it no harm.

At once, Phan-ho exclaimed in his joy, “Thank the gods and the emperor!”

Without warning, the snake shot out and bit Phan-ho on the big toe of his right foot, then slithered away into the shrubbery. Phan-ho collapsed in pain. His shouts and groans brought one of his aids. Quickly they summoned the physician, who did the only thing he could – he amputated Phan-ho’s right foot. There is no antidote for green viper venom, but it spreads slowly in the body, working its way through the muscle. In this way, Phan-ho’s life was spared.

Phan-ho was in bed recovering for over a month. At times he hovered between life and death. As soon as he was able to speak, he called for a scribe. This caused renewed alarm, because his disciples believed he wished to dictate his will, a signal that he would die. They sent the scribe at once, but they also began chanting lamentations for their great teacher.

The scribe entered Phan-ho’s sick room amidst a cloud of incense and rumors of imminent death from outside the chamber. Phan-ho beckoned the man over to his bed so he could speak into his ear.

“I want you to record the following,” Phan-ho whispered to the scribe. “An eighth principle must be added to the scroll which holds the Seven Principles of Achieving Non-Violent Cooperation with an Enemy. I have discovered there is an Eighth Principle.”

“It shall be done, my master. Tell me the Principle.”

“Discuss neither religion nor politics.”