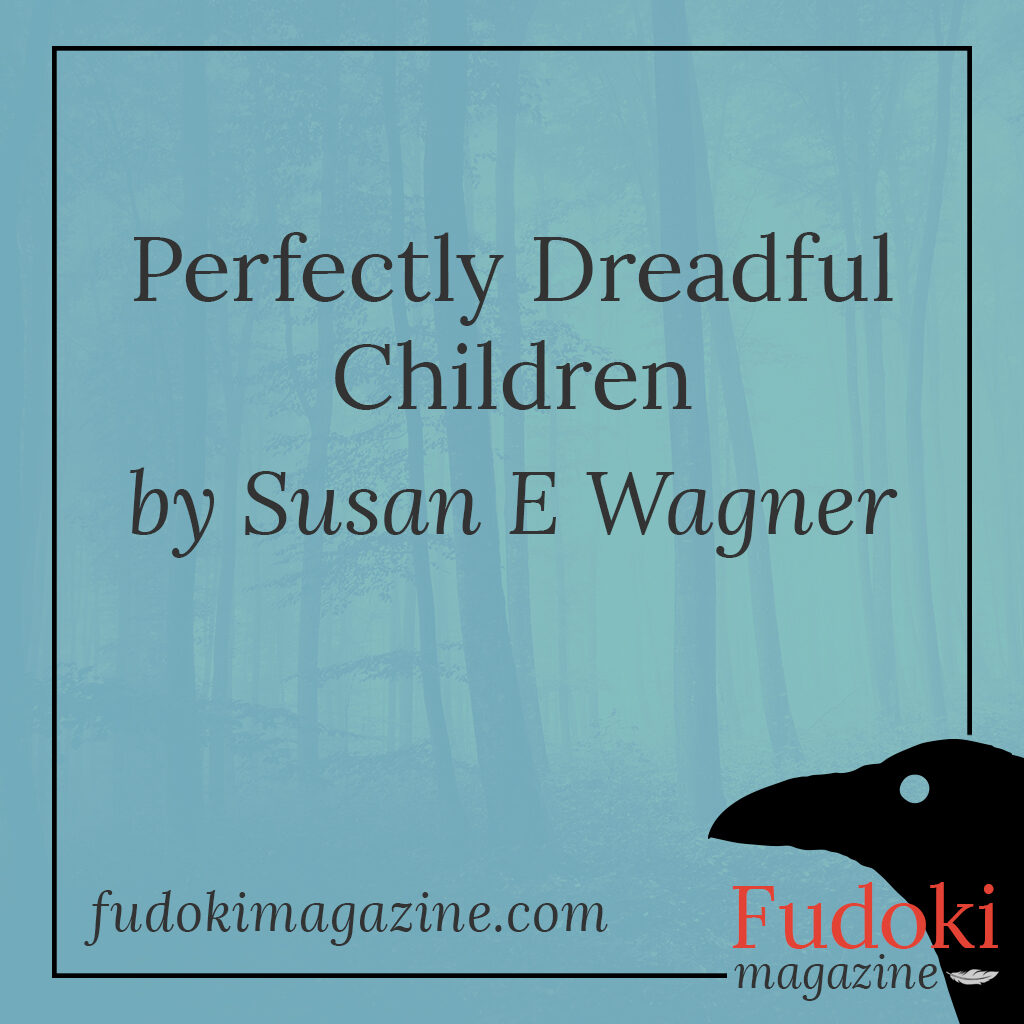 My troubles started when those horrible children came to my cottage in the deep woods. I built it there to avoid people and all their many problems. I just wanted a few years of rest. Is that too much to ask?

I was having my second cup of afternoon tea one day when a beam of light hit me. There was a hole in my roof! Before I even had a chance to curse the squirrel I thought was at fault, another hole opened right next to my door! Were squirrels invading?

Quickly, I opened the door. There stood a little girl eating the side of my house, thinking it was candy. That wasn’t her fault. I had cast a spell on the cottage to make it look like candy so that on cloudy days the sight of it would cheer me.

A boy jumped down from my roof and landed next to the girl, one hand waving fake cake at me. Cake was what the roof looked like. It was her brother.

Well, it starts to rain, of course, because this is how bad days go. The children started whining and begged to come inside my nice warm cottage. I let them in, where they promptly parked themselves on my rug by the fire, chasing Cat from her preferred spot. They played a stacking game with a pile of small stones. I put a bucket under the hole in the roof until I could make the spell that would keep the rain out. It’s complicated and takes time.

The children fell asleep as I worked the spell and I covered them with a soft blanket as I banked the fire before bed. Usually, I sleep well, and I expected I would that night too. But no. I woke in the dim light from the fire to the dreadful screeches of Cat, whose tail was on fire. The children were laughing at their nastiness.

I admit I spoke very harshly to them. But I am always grumpy when I’m scared awake and besides, Cat was on fire. I forced them to swallow a sleeping medicine that lasts about eight hours. Once they were well and truly out, I comforted Cat with salve and a mousy treat. When I returned to bed, Cat curled in next to me.

The next morning, the brats demanded breakfast. I insisted that they explain why they were here. Four eyes rolled.

They had heard their parents’ plan to abandon them in the woods. Life was too hard and would get harder, mother and father agreed. Tears fell from their little faces as they told this part, both of them wiping runny noses on their sleeves.

“We are just so terribly hungry. Won’t you please let us eat a bit more of your house?”

I’m a sucker, so I agree. I even spelled the cottage and made it actual cake and candy while I planned something more nutritious for later. After they had eaten, they ran around outside the cottage, and then sat by the fire to play with their stones. Cat stayed clear of them all day.

After a nighttime’s thought, I told the children they must return to the village. The deep wood is dangerous as it’s filled with bears and trolls. They begged to stay for midday’s meal. I went inside to start the bread. When I leaned in the oven to light the fire, those devils pushed me! Hard as they could, laughing that they’d eat me for lunch! My skin scraped the metal sides, and two of my fingers were broken.

Luckily, I have strong legs and kicked backwards. The children were furious. Their teeth grew to fangs, and they snarled. I hit them with the poker and chased them out, threatening to curse them if they returned.

I removed the cake and candy spell.

A month passed, and I’d found no bones or other signs that the children were hurt or had died. I assumed they returned home and sighed with relief. That night, I celebrated with Cat.

The very next day, there was shrieking and roaring in the woods. I climbed my tree to see what was happening. A bloody man and woman were running toward me. Two creatures chased them, their nails like claws and large bear-like teeth. Silken hair covered their bodies, but I knew them. I called to the couple, and we raced into the cottage. I slammed the door and locked it.

The couple were the parents of the dreadful children, of course, who’d turned to full beasts. I wasn’t surprised. Their roaring continued all day and most of the night. Poor Cat prowled the cottage, no more able to sleep than we two-leggers. I spelled the parents with invisibility, so they could go safely to the village and seek help. Cat and I were so shaken by it all that we too moved to the village.

The townspeople searched the woods but neither children nor beast could be found. But I knew where they were, those perfectly dreadful children. In my cottage, waiting for me to return.