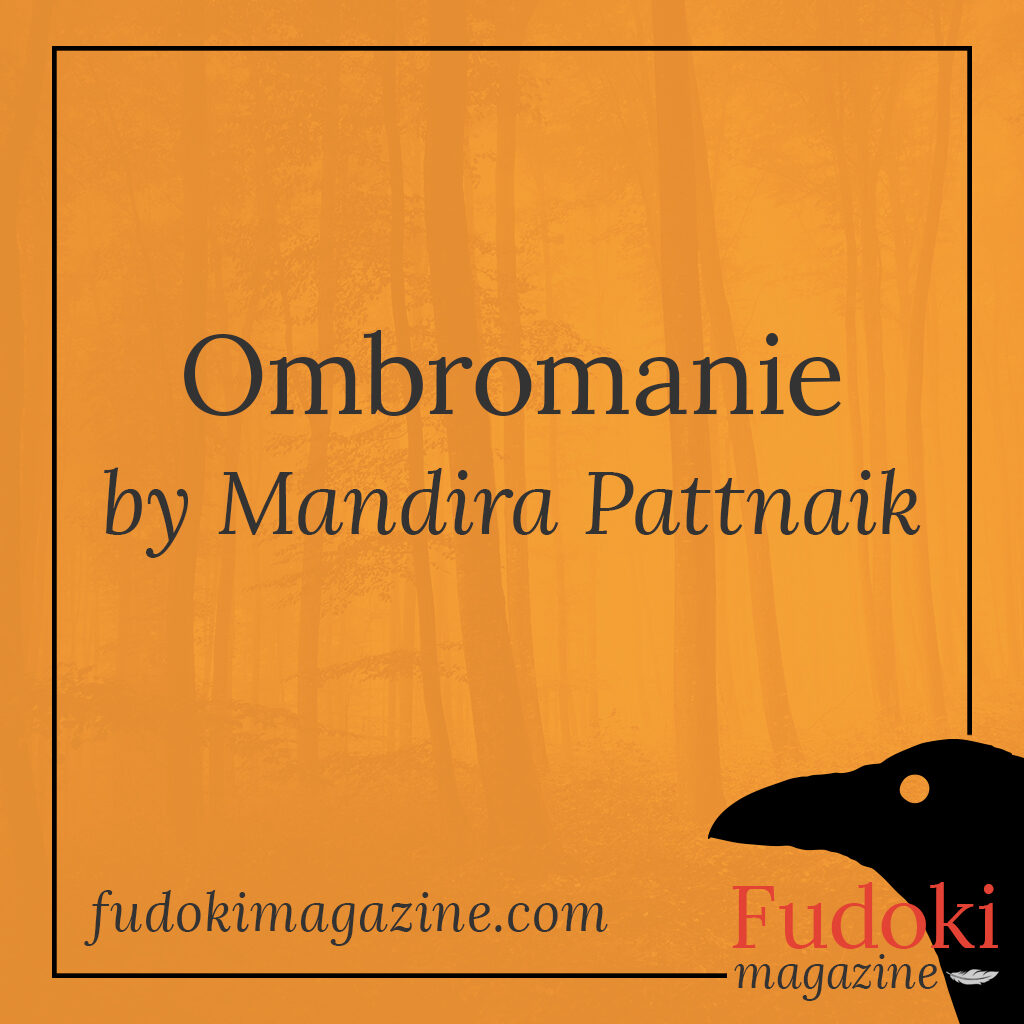 Adori is not a shadow. Though she now owns a large outlet to sell them, the price still at sixty-five. Adori sells them per-piece basis, not by kilos, and they sell briskly. Her swanky place was once a warehouse, then space enough for the weekly farmer’s market that the local government thought wise to set up, but was soon up for sale again because the villagers found it haunted. Who would have thought she who set up her wares many moons ago at the shabby crowded Mumbra market, would own it now?

Customers still flock in droves; two or three are taken by the same buyer to hang by the doorway or keep under a lover’s pillow. They send a few they really like to their children abroad by courier. The gentry laugh at the myths, but there are others who swear by them. These days, people show a few to their relatives overseas too, on Zoom calls. Of course, the people on the other side can see nothing, for the shadows aren’t showing on flittering screen, but afraid to antagonize the believers, they nod and smile and say words of appreciation because the shadows are meant to keep the Collector off.

This evening she has customers from another city: a bride and her parents out bridal shopping and Adori’s shop is their first stop. She shows them flat two-dimensional ones, like the origami hats or animals, only they’ll fold and chat to her whims. They don’t like them; they say, we’ve seen them with our neighbors already, show us something else, something that would make us the talk of the town. Adori takes out larger ones, shadows she has cut with care, life -size; if you saw one, you’d think them alive. The bride looks on impressed, the other customers hee-haw, the parents are confused. Will it charm the groom?

Show us another, they say. So Adori goes into the back room where she stashes her collection, lingers there. She fingers over this rack and that, and if she should save the best ones for the Collector who often comes knocking, for he fancies her shadows, and takes them as ransom to keep her on the planet, keep her living and breathing, her children with their mother. She doesn’t disturb them: the best ones are precious. Instead, she moves to the racks right at the backside wall.

Finally she decides on a couple of gloves, the fingers in shadows tapping at her shoulder when she pulls them out, and wiggling when she brings them to the discerning family fretting at the shop counter.

As the fingers keep jiggling, the bride says she’ll have these, no matter what. She says she always dreamed of hands all to herself, for all she needs are palms to caress her when she’s married, and she turns the gloves and brushes them against her cheek and pesters her father to pay the hefty sum Adori demands.

In ten minutes, Adori sees them off; settles to smoke a beedi.

At home, the family chooses candlelight. The light source to be used should be small and bright. The best shadows come from light proceeding from the smallest possible point. They place the shadow gloves and wait. They weren’t expecting the cinema in silhouette which starts rolling. The shadows play, talk, dance around them, it’s the story of their lives. The bride enjoys it, claps frequently. Except when they become the palms of her groom, the wedding ring sparkling, and reaches for her neck.