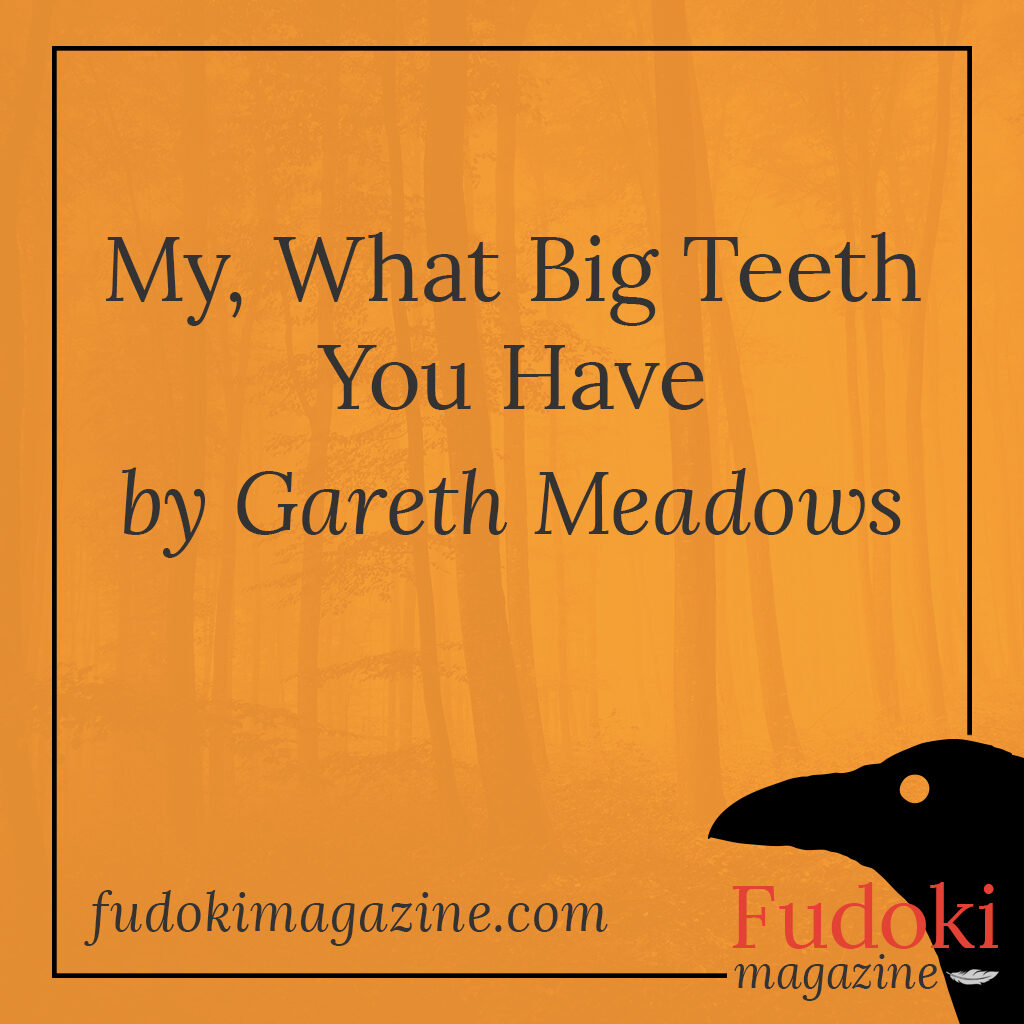 Casper propped his axe against the fir’s trunk and mopped his brow. The forest was eerily quiet, the silence broken only by the chopping of his axe and grunts of effort, interspersed with the occasional bird call and chattering of squirrels. He was grateful for the shade beneath the tree canopy on this grotesquely warm summer day.

Men of the Arp family had been woodcutters in this region for generations, and Casper loved his work and the solitude of the forest, away from the hubbub of town.

Yet still, there was a brittle quality to the serenity today. It was too quiet.

A gaggle of geese passed overhead, just above the treetops, their tuneless honking breaking the silence and shaking Casper from his reverie.

He resumed chopping, delivering expertly-timed blows to the same wedge of exposed wood. When happy it was ready, Casper braced his shoulder against it and the tree crashed to the ground with a satisfying crackle, snap, and thud.

As the fallen tree’s echo faded, something else caught Casper’s attention. A voice, calling out, just on the cusp of hearing. It sounded panicked, calling for help. Casper turned his head, this way and that, attempting to ascertain the caller’s direction. It was moving closer, growing louder with each moment.

Axe hefted in both hands, he moved towards the voice. He heard running feet, crunching across the mulch of dried needles that carpeted the forest floor. It called again. No, she called again. A girl’s voice. And then he saw her – a blur of red through the trees. He sprinted towards her, intercepting the path of her flight.

Casper stepped out into one of the forests many naturally worn paths, just ahead of the girl. She stopped, clearly alarmed by the sight of the large, bearded man with his shaggy mane of mousy hair and sweat-soaked, grimy clothes, clutching an axe across his chest. He must have looked quite the sight to her, he realised and quickly dropped the axe.

“My… my grandmother,” the girl sobbed. “We were attacked by a terrifying beast! I got away but…” With that, the young girl fell to her knees, hands over her face, shoulders shaking with terrible sobs.

“It’s okay,” soothed Casper. The girl could have been no older than ten or eleven. She was clad in a bright red riding cloak and matching hood over an old-fashioned, washed-out yellow dress with lace trim. Her hair, what he could see of it beneath her hood, was chestnut brown. “Where did this happen?”

“At my grandmother’s cottage, not far from here,” she whimpered. “I can take you. Please help us!”

Casper followed the girl until they arrived at a small cottage. There were many such dwellings like this dotted around the forest, but most were abandoned and derelict. This one seemed clean, tidy, and clearly lived in.

“Wait here,” he whispered. He pushed at the ajar front door with the head of his axe and peered inside. Seeing no clear threats, Casper entered the cottage and looked around. There were no signs of disturbance in the single-roomed building. The wooden bed which occupied one side of the room was made, its linen’s crisply and lovingly pulled taught around the straw mattress. The kitchen that comprised the cabin’s other half was spotless and scrubbed clean and the fireplace had been scraped clean of any soot. Someone took good care of this home.

The boards creaked as he crept across them, looking for any sign of the girl’s grandmother or the beast she spoke of, but there were none.

“Hello? Little girl?” he called, realising he had not even asked her name. “Where did you see this beast? I can’t—”

But Casper’s voice ran dry as he turned to face the doorway. There, blocking out the light was a tall, rangy creature, with dog-like features, pointed ears, and covered head-to-toe in chestnut fur. It stood on its hind legs, its muzzle bared, revealing terrible sharp teeth. Around its neck, it wore a red riding cloak with a matching hood.

With a low growl, the beast lunged at Casper. He swung his axe, but the creature easily batted it from his hands and shoved him, until he crashed into the back wall and slid down it, gasping for breath.

The beast pounced. He expected it to tear at him — to sink its dreadful teeth into his throat. But instead, it unfastened its cloak and carefully wrapped it around him, fastening the clasp around his neck. Then it gripped Casper’s hair and cracked his head against the wall.

As Casper’s vision faded into unconsciousness, the beast was gone. In its place stood an old woman, ancient and wrinkled, with dry, straw-like hair, and leathery skin, as naked as the day she was born. Tears welled in her eyes as she spoke.

“I’m sorry,” she croaked, as the blackness overwhelmed him.

Casper woke, clutching at his throbbing head. Using the wall for support, he clambered to his feet and sat on the edge of the bed to gather his wits. He rubbed his eyes, then patted his face, which felt strange to the touch. Where had his beard gone? He looked at his hands, which were smaller and younger than before – those of a small child. And his garb had changed, to short-pants and matching coat, like his mother made him wear to church as a boy. Around his shoulders was draped the girl’s red cloak.

“What is happening to me?” he cried, and his voice was reedy and high pitched.

And then Casper realised his fate. He had heard this story before. He was cursed to wander the forest, waylaying unfortunate travellers, until he could one day pass the curse to another.

Casper’s stomach growled with a hunger unlike any he had ever felt.