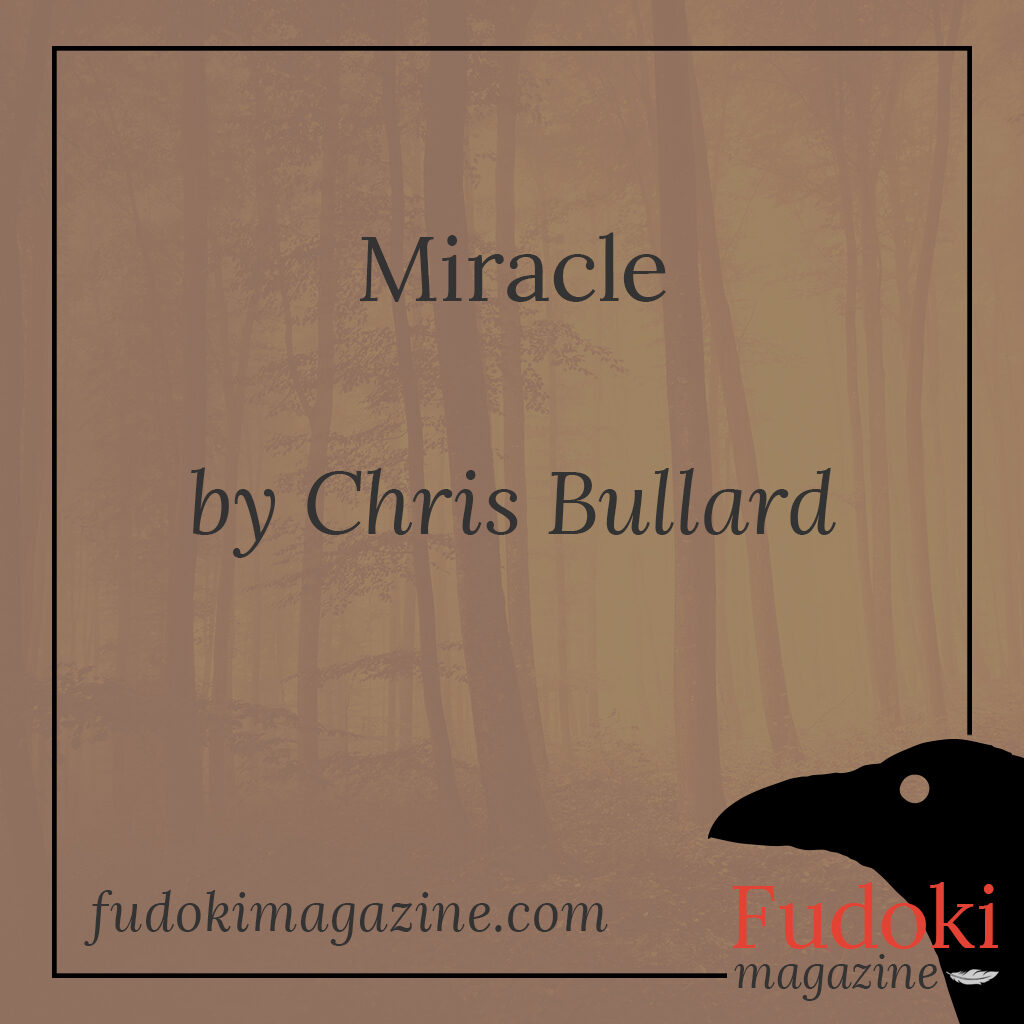 The abalones were migrating to the sea. Bob knew he was supposed to stop for them at the crossing, but he had a business appointment.

After a few minutes of waiting for them to get out of his way he grew impatient and began inching his car forward. Surely, the abalones would see him coming and scurry to the side of the road. Instead, they gathered under his wheels as though they took a perverse delight in being shucked and crushed. As he accelerated, bits of shell and the limp grey bodies of the abalones flew up from his tires and dribbled down the rear window of his car.

At the meeting, Bob worked hard to conceal his discomfort about the events of the day. His interview went well and he was offered the job that he had always wanted and at salary greater than he expected. He hurried home by a route that avoided the coastal road so that he could surprise his wife with the good news. However, when he arrived at his house he found that his wife was crying over a news program that was broadcasting images of the shellfish that he had flattened.

“Someone was so callous as to run over them, killing thousands,” she wailed.

“Scientists are saying that there may be too few of them left to make another migration to the sea.” Bob excused himself and went to the bathroom where he stood in front of the mirror and berated his image. “Stupid, stupid, stupid,” he muttered. But as he spoke to the mirror he observed that his appearance was changing. His teeth which had been, if anything, a bit on the yellowish side, were becoming larger and astoundingly opalescent.

When he returned to his wife, he found her at her dressing table brushing her hair, as she often did when she was distressed. “Let me do that for you, dear.” he told her as he took the brush from her hand. Then, leaning over his wife’s neck, he began raking his teeth through her auburn hair.

“Oh,” his wife exclaimed, “you’ve made my hair so thick and full of body. I feel like a fashion model on a bottle of Nice N’ Easy. ”

“Yes, my beloved,” he whispered, “I shall brush your hair each night in this fashion and we shall grow old and prosperous together.”

Soon, his wife had quite forgotten her distress over the abalones and was eagerly speculating about where they might live after he took the new job. And yet, as he stroked his wife’s long hair with his enormous beautiful teeth, he started to have doubts about their future. She was so emotionally needy. Something as insignificant as the abalone massacre had nearly caused her to have a breakdown.

He realized that his new job was as likely to be as boring as his old job. And the move to a new city was certain to be stressful. He was beginning to think that the only way he could be happy would be to walk into the waves and take up residence at the bottom of the sea. Perhaps, if he had a shell to cover him, he wouldn’t feel so vulnerable. And he could have a pearl – a pearl of his own growing in his grey heart binding up his wounds in lustrous enamel. That would be so wonderful.