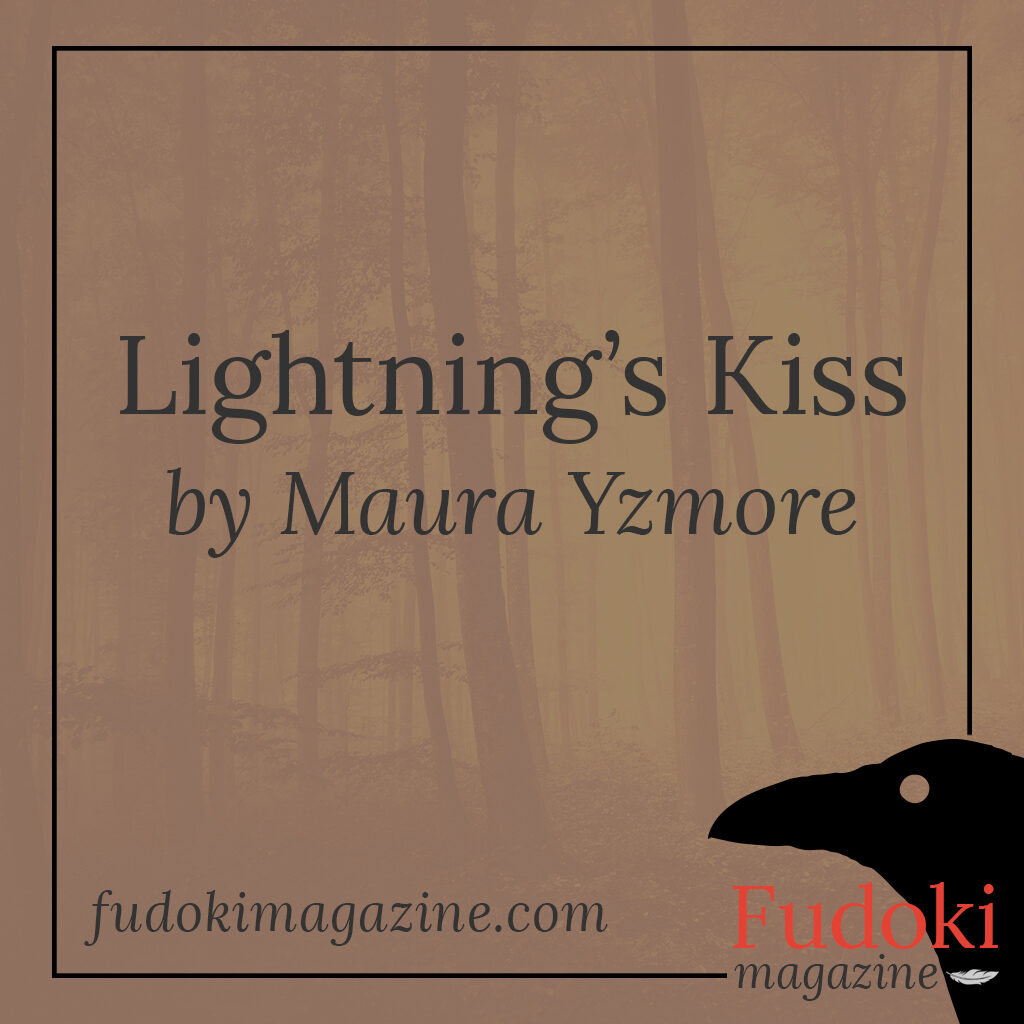 Once upon a time, there lived a Rock Princess on an island in the middle of a vast sea. Outside the Rock Kingdom, the island was life-giving and luscious, but the Princess didn’t care for the humming of bugs pattering through the dirt, or the swishing of snakes slithering through the grass. The Princess didn’t hate the bugs or the snakes; she just wished they weren’t hidden and quiet. Her parents, the Rock King and Queen, always said children should be clearly seen and loudly heard, and the Princess wished the same for the critters.

The Princess used to love storms, and rolled into the rain whenever thunder boomed overhead. The roar reminded her of her father’s laugh, which shook his chest and his rock-hard belly. But she loved the Lightning best of all. Getting struck filled the Princess with warmth and felt just like her mother’s kiss on her smooth gray skin.

Yes, the Rock Princess used to love the storms, until the day when she heard her siblings scream, when she helplessly watched their little pebble bodies bang against one another, as they rolled downhill in unrelenting winds, off the cliff and into the water from which they would never return.

The Princess, King, and Queen were the only ones large enough to survive the storm. But, over time, the King and Queen withdrew further and further away from the Princess, drawn by the sounds that only they could hear, the cries of their children lost to the briny abyss.

One day, the Princess awoke to her parents gone, and saw them slowly rolling away from their home perch. The Princess called out to them, but they no longer heard her, or cared to. They reached the edge of the cliff and sat there, motionless, until they eroded from the saltwater mist birthed by crashing waves, and, piece by piece, the Queen first, then the King, crumbled and fell into the frothing sea.

The Rock Princess started hating the storms. With her face up, she taunted the sky, invited the Lightning to strike her and split her in half, but what she really craved, even though she hardly knew it herself, was to feel yet again a jolt of electricity, a warmth akin to her dead mother’s kiss. Alas, the Princess’s despair made the Lightning uneasy, so no matter how fiercely the storm raged, how loudly the thunder bellowed, the Lightning always stayed away.

After the most recent storm, the Rock Princess noticed black, bald-headed birds circling a spot on the waterfront, far from the cliff where her family had perished. The Princess liked birds—they were loud and could leave the island whenever they wanted—so she rolled toward the shore, as fast as she could. The slope toward the sea was gentle and green. As she made her way toward the water, her mind filled with the humming of bugs pattering through the leaves and the swishing of snakes slithering through the grass, and amid all the critters mostly hidden and quiet, the critters so unlike her round and boisterous siblings, the Princess felt both much less and much more lonely than she had in a long, long while.

By the time she arrived, the birds had already flown away, having left behind the cleaned-up bones of an animal with no beak or tusks or horns, about the size of the tree-dwellers that lived deeper within the island. The animal lay next to something the Princess had never seen. It was large, brown like earth and green like moss, and it looked like it was made of wood. A felled tree? The Princess dismissed the idea; the object had no crown and, besides, no tree had ever grown on the graveyard beach, paved with the stony corpses of her people’s ancestors.

The Princess’s curiosity was piqued, so she hauled herself into the strange object as hard as she could. It didn’t feel as immovable as a tree its size would be. She gathered all her strength, charged and—crack!—found herself through the bark and within a hollow interior. What a strange tree!

She rolled around, exploring. The insides were smooth and flat, but curving upward on opposite ends. The Princess bumped into some hard objects, then found an unmoving furry animal. Maybe it was an offspring of the one outside, the one that was nothing but bones now? How come the birds hadn’t stripped this one of flesh, too? A wave of sadness washed over the Princess as she thought of the hairy creature, all alone, far from its kin.

The sky darkened, but the Princess didn’t notice, for she was enthralled with her finding. By the time she awoke to the raindrops the size of her youngest siblings, the inside of the tree was wet and she couldn’t roll out. Stuck beneath a paw of the motionless animal, the Rock Princess felt terror.

The Lightning saw a wooden boat stranded on a desert island, with a human skeleton nearby. It also saw some trinkets and a lost teddy bear inside the boat. The Lightning crackled with delight and decided to pet the bear. The Lightning liked to pet furry things; it liked how they became all frizzy and charred from its affections.

The Lightning didn’t see that the Rock Princess, whom it had long been avoiding, was now hidden underneath the teddy bear’s paw.

Gleeful, the Lightning struck the toy with all its might; the boat and all within it caught fire.

The Princess felt the jolt of her mother’s kiss and burst with joy into a fine calcite mist.

One thought on
“Lightning’s Kiss”