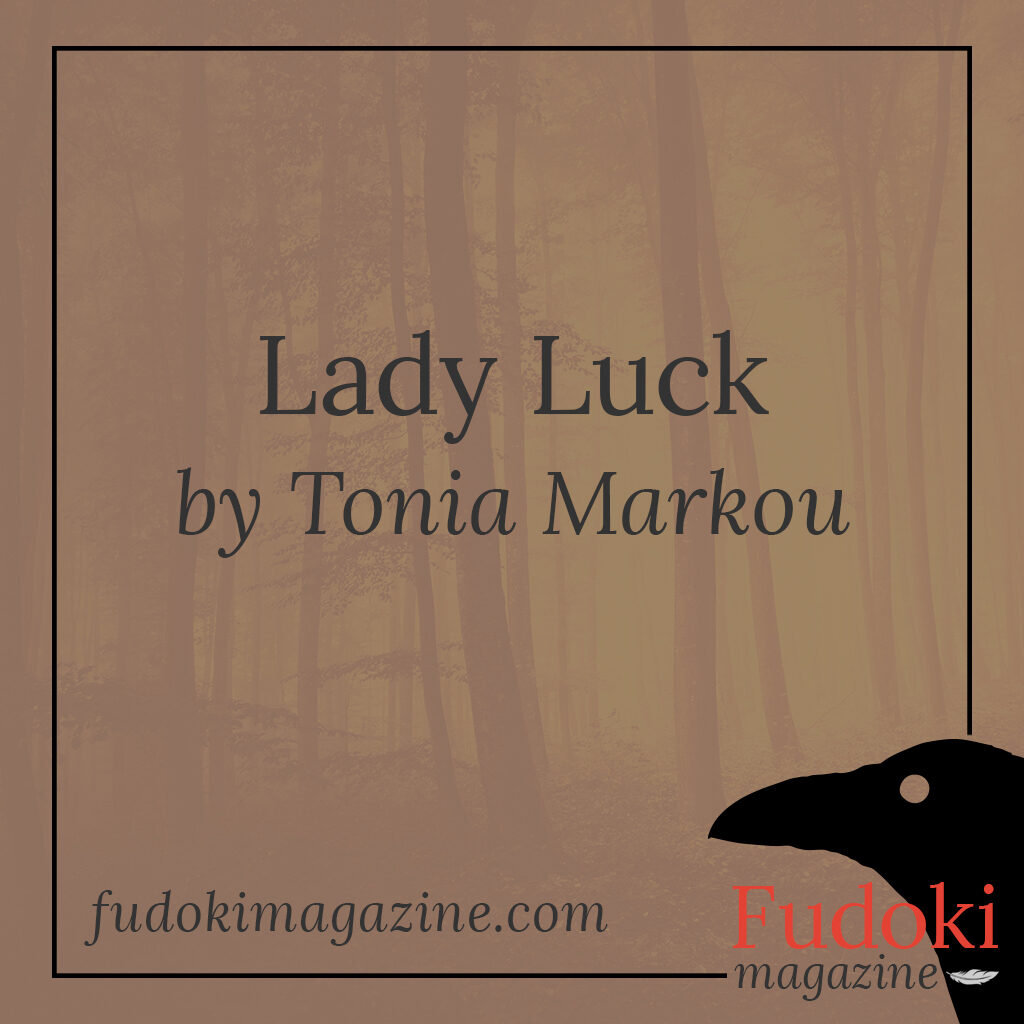 Every town has a nutcase. This one calls himself Lady Luck, unperturbed by the townsmen’s mocking laughter, by the disapproving headshakes and hostile glares.

Lady Luck resides on the outskirts of Gallanea, near the cursed Apostle Lake. Some claim a monster dwells in the dark depths, others are convinced the water is poisonous, tainted by bodies that rot at the bottom. A woman, half fish, half human, is said to live below, granting the wishes of those worthy of her blessing. Or so believe the ones whose hearts are open, the hopeful ones like Lady Luck.

Absurd rumors of course. Gallanea is a respectable community of god-fearing people, after all; aside from this one bad egg.

Although, Lady Luck’s proximity to the cursed waters must be the reason he is the way he is; the inappropriately long hair, his effeminate moves, his soft features. The townspeople don’t care about his dreams; how he yearns to live up to his self-given name for once.

His front garden drowns in clovers, but not a single one of them has four leaves. He and the blacksmith’s daughter have spent hours looking, to no avail. He enjoys her secret visits, the manner her steady hand guides the kohl pencil around his eyes, the brush tickling his lips as it adds color to them; how her dresses feel right on his body.

When the blacksmith’s beloved daughter disappears one day, all necks crane toward the small cabin at the edge of the woods.

Did you see the fond way he looked at her? they ask, faces fly-agaric red, clenched fists resembling gavels.

What they don’t say: Did you see the way her hand touched his arm, comforting, too familiar?

What they don’t know: She doesn’t love the butcher’s son, a burly man with hands as big as beer steins and dried pig blood under his nails.

A week has passed since the blacksmith’s daughter’s disappearance, when the constable appears at the cabin without warning. He and his men find girls’ clothes in Lady Luck’s trunks—muslin skirts, flower dresses, ballet flats and high heels, but no girl.

Where is she? they ask.

What have you done to her?

I would never hurt my friend.

They don’t believe the words pouring from his full lips, don’t see the honesty radiating from his mascaraed eyes.

You will suffer the consequences.

The villagers, led by the butcher’s son, take matters into their own hands; the constable lets them. Like an Orthodox Easter procession, they gather in front of Lady Luck’s home, yells and threats their bread and wine. They wield torches and clubs like crosiers gone astray, as they force him through the forest and into the lake. One foot, then the other, the hem of his dress tearing on branches, until the frigid water clutches at his trembling chest, the damp tips of his locks clinging to his shoulders.

Stop! demands the blacksmith’s daughter, voice firm like the fir trees she emerges from.

She’s been hiding me.

Hiding? echoes from the townsmen’s mouths. She?

Confused, they watch as the girl takes Lady Luck’s hand and gently places a clover inside his wet palm.

I promised you I’d find one.

Lady Luck’s chin quivers as he closes his hand around the clover, like an oyster protecting its pearl.

The blacksmith’s daughter turns to the townspeople, staring at the familiar faces that now belong to strangers.

Don’t you see? she pleads.

They look at her as if she were a stranger too.

A bright light emanates from the lake like visible breath, and collectively, the townspeople shield their eyes.

It’s her. I knew she was real.

Lady Luck nods, then his lips move in an invisible prayer.

On a desolate night, a boy and a girl were driven into an enchanted lake. Out walk two girls, fingers interlocked like entangled seaweed. One of them wears a four-leaf clover behind her ear.