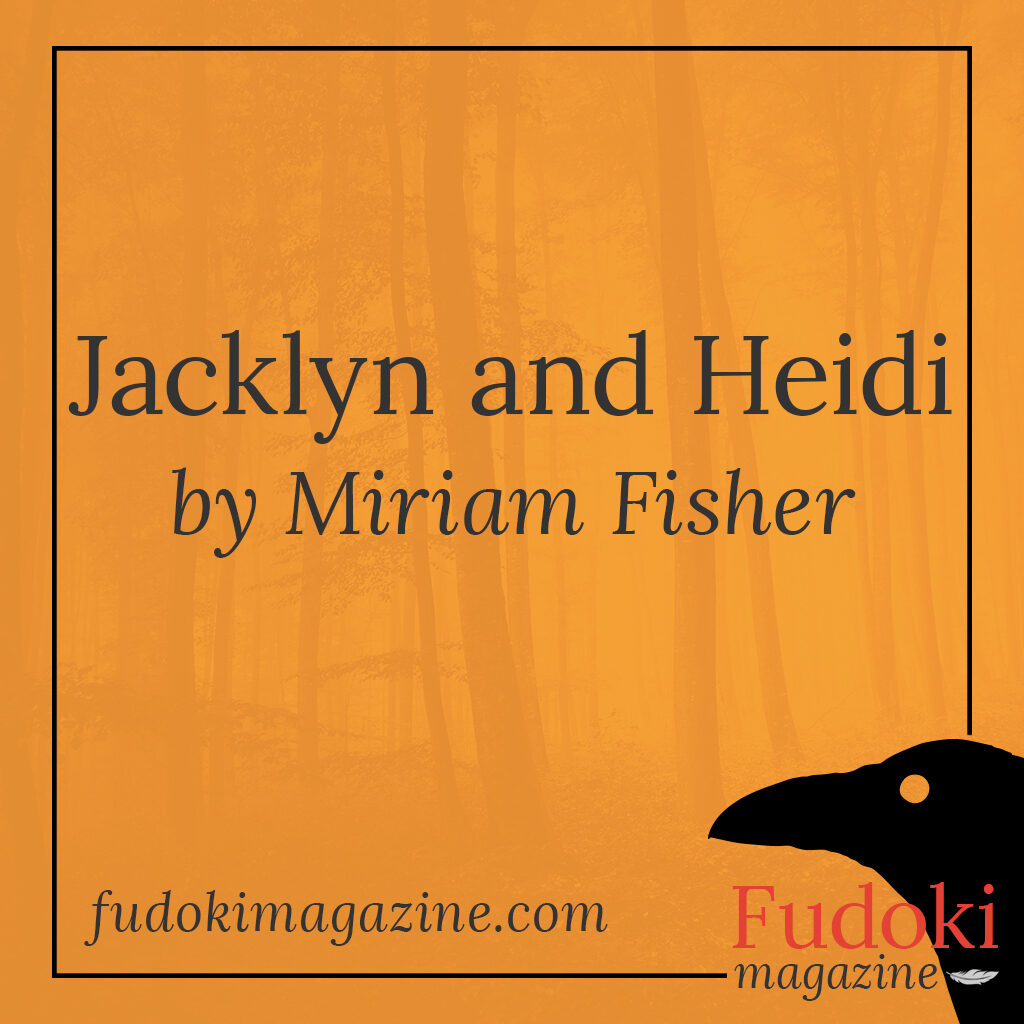 It was a clear July day, dewy underfoot where the night had soaked the grass clean of the previous day, a wide open sky overhead. The park was awash with morning sounds—of kookaburras chuckling their young awake and fresh-skinned snakes easing through the undergrowth, a whisper of eucalyptus in the air.

I sat in the cool winter dawn on a bench, the strings anchoring me to the wild nightwoman loosening their grip as the sun gently spilled into the shadows.

The evening before I had been a gentlewoman of hand and temperament. My softness could smooth the wrinkles that arose in egos and tempers as easily as it could the linen waiting in laundry baskets.

But she had taken me over in the chaos of night to pass the dark hours as the repugnant wench of mankind. An agitator attracted to loathing. Her mad fits had stripped my throat of its pleasant hush, vocal cords damaged by unfamiliar use.

My eyes burned, smarting like a newborn’s against the sharp dawn. Dread that I was not where I ought to be had begun to gnaw. But I was a good woman after all, and could rectify the night’s events given enough humility and apology.

The prospect was a narcotic embrace, the relief so soporific it could almost dissolve the niggle underneath it—the niggle that took root each morning and grew more sour as the day wore on, that could be pushed down but never extinguished by sweetness. It rose now with new strength. Bilious and driven, pulsing and burning.

An errant sunray glanced off a mirrored cutout embedded in the mosaic fountain beside me and I rose before it. A broken woman stared back, fragmented, two-dimensional, silent and splintered—another’s dreams reflected in her eyes.

I peered at the dress that clung to her meatless bones and then tore it off, shedding its dead fabric behind me. The nausea erupted wetly into the sodden grass, expelling dose after dose of expectation until the sickness abated.

I bent over the water to stare at that gruesomely saccharine face, frozen in make-up made molten by turmoil that had dried and reset. I dismembered her with my fingers, sluicing away her masks—layer by layer—scrubbing and clawing until my flesh was raw and steaming in the frost.

I was Heidi once more. Would I die again at the hands of my polar twin in her struggle to remain in the safe embrace of paralysis?

No. Here then, as my naked skin bristles against the stark cool of the winter and the warmth of the rising sun I bring the life of that unhappy woman to an end. This time Heidi remains.