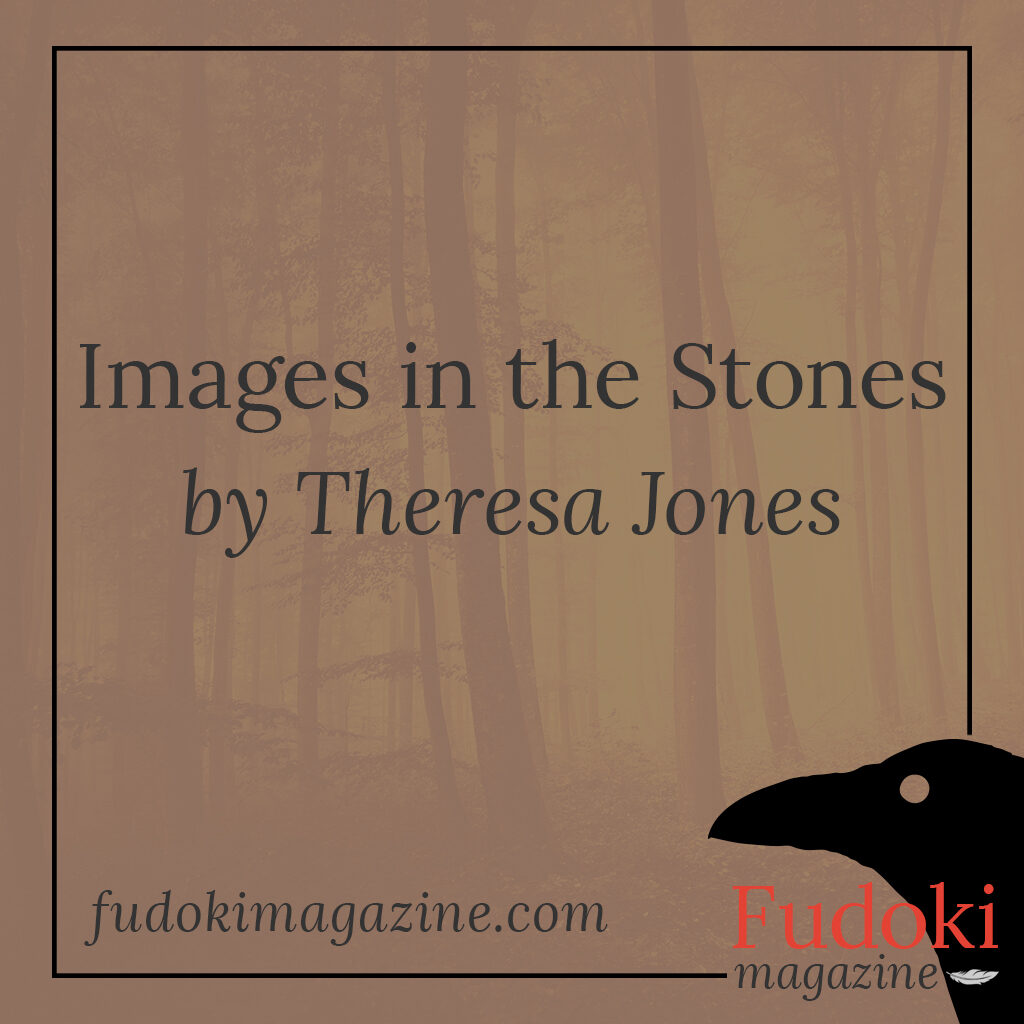 More rain. Always the rain, through the entrance, the light was grey, the stones wet.

She stared into the gloom, the fire embers glowing. A noise, a scraping roused her.

“Ah… here boy. When you are older, you will hunt with the men. Until then, you will gather with the women.”

A nod signified he was listening. The tapping foot showed the impatience, the unused energy. His young body stretching, muscles forming. Pent up, in need of exercise, wilful. The signs of a good hunter but he would shortly begin to pick fights with the other young ones just for something to do.  They would not go out today.

It would be a long day until their father returned. A distraction was needed inside the mound.
It was not safe outside, there were other tribes collecting slaves, killing those deemed useless. He could not be sent to gather sticks on his own. His elbows were twitching to make room, he would start to annoy the sleeping forms of his siblings. There was no space for this behaviour.

“Here, come here to me.” She pressed a finger to her lips to signify quiet, this was for him alone. He moved across the sleeping skins picking over the forms of the others.

“I have a task for you.” She held a sharp stone and a long heavy bone, a thigh bone. His eyes were dull.

See the stone at the end near the fire in the dome, go to that and use these.  Carve a plan in the stone for the times we do things; when we plant, grow, gather, the beasts we eat.

Head tilted, eyebrows raised, he considered it. Lips twisted, a slow release of breath through his nose.

“What marks could you make?”

A shrug, his shoulders up and down, the foot kicked the dust about. His lips twisted, and his nose wrinkled but his eyes were still dull.

“Perhaps I should ask another, this is too hard for you.”

She half turned, made to kick another foot. His eyebrows raised, then dropped into a frown, a small dirty hand, black nails pulled her back to face him. The hand outstretched palm up. She passed the tools to him. A sharp cry further back, the baby awakened, she moved away. The day began.

The boy drew in the dirt, a plan for the stone, batting away the others if they came too near. She watched as he learned to chip the stone, long straight lines furrows in the ground, circles for the sun, waves for the rain, crossed lines for the stars in the dark sky, high lines reaching to the sun.

He worked hard; he drew more pictures in the dirt. His siblings watched but not too close. His father put a hand on his shoulder at mealtimes, they ate in silence before the stone. The long back stone became full. He moved on to begin another.

The sun came back, the rain withdrew, the ground dried. The crops were grown and gathered. The herd moved on; the boy and his group followed. The mounds were left empty. The boy grew and joined the men, no longer a child. In time he passed to become one with the soil, forgotten.

4000 years later, the mounds were discovered, people came to study and wonder about the significance of the symbols in the stones, ponder the mystery of the marks made one rainy day so long ago.

3 thoughts on
“Images in the Stones”