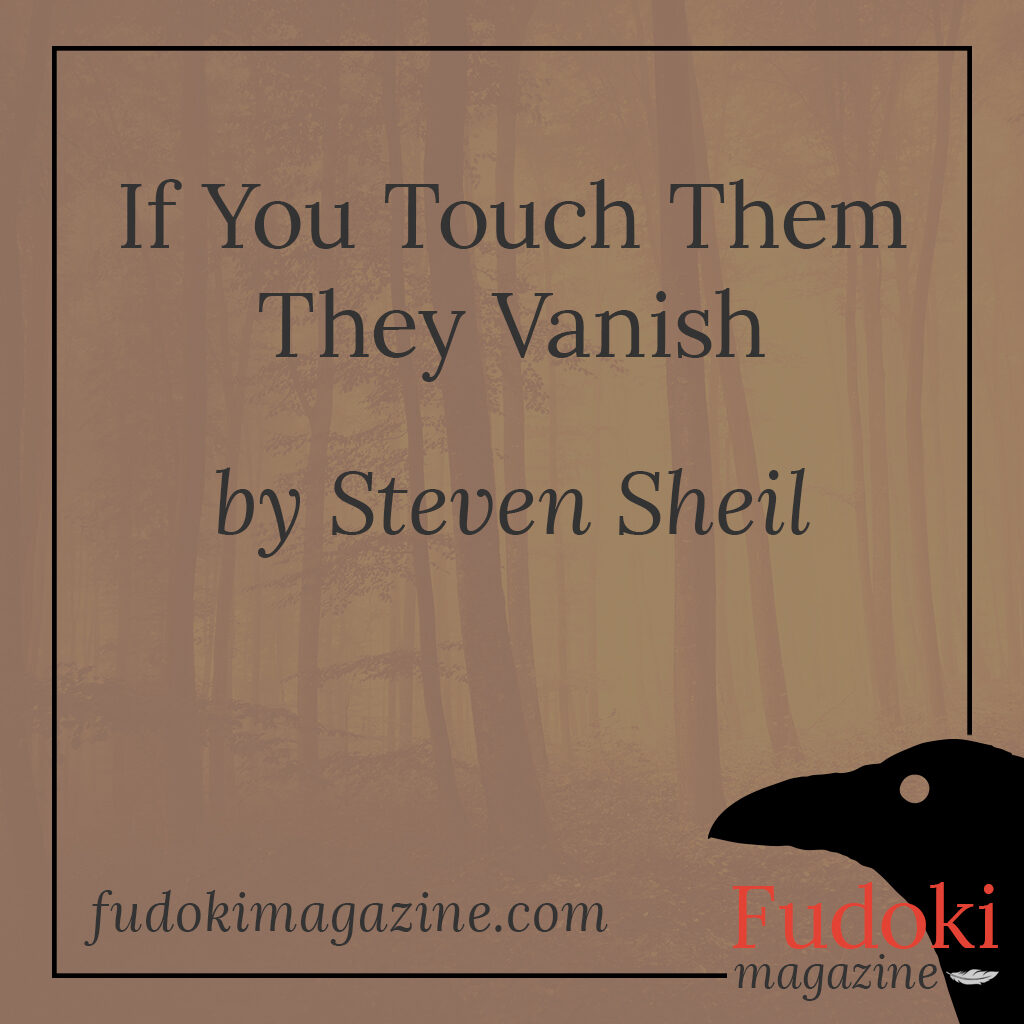 The two sisters held each other tight, hoping that by doing so they might form a bulwark against the ice-cold driving rain which lashed the path between the fields. The eldest – Gwenna, almost sixteen  – tried to keep her eyes focused on the way ahead, on the lookout for any form of shelter, however small, however minimal, which might keep them from the storm, but the incessant needle-pricks of wind-sharpened raindrops which assailed her cheeks kept her face instead pointed towards the rock-strewn way beneath their feet. It was her sister Hen – three years younger and the more resilient of the two – who saw the structure first, pulling tight on Gwenna’s arm, thrusting out a pointed finger across the grassland on their right and yelling ‘Sister, look!’

It was a darker shadow against the darkness of the night, a heavy, angular shape, which protruded oddly in places, like a small house beset by tumours. It stood in the middle of the field next to them, stood alone as though fallen from the sky. Some kind of barn or shed, a storage place perhaps. Not a place meant for human habitation, but one which would, at the very least, protect them against the storm.

“Come,” said Gwenna. She took Hen’s arm and drove them both across the grass, their soaking feet shlucking in the mud beneath, Hen almost losing one of her shoes forever to the earth before Gwenna lifted it free, thrust it back on Hen’s foot and half-pulled, half-dragged her to the structure’s door.

The place was empty inside, and, in the dim light of their lamp, much larger than it had first seemed from the path. The stone walls had in places suffered damage of some sort and been patched up by beams of wood and piles of rocks, forming the bulges which they had seen on the exterior. The floor was scattered with straw, giving the impression that the structure had been at one point a store for animal feed, though there was little sign that any creature – human or animal – had recently set foot within.

Gwenna immediately set about creating a kind of bed for them both, corralling some of the straw into the corner to form a mattress. Hanging from a hook near the door she found an old woven blanket, flecked with holes and stinking of damp. She took it with her to cover them both, reckoning that with the cold in their bones now, any form of comfort would do.

Hen lay down facing the wall, and Gwenna tucked in close behind her, her arms wrapping around Hen’s stomach and chest. Hen immediately felt the tiredness envelop her. Five solid days of walking – away from the widowed father who treated them as little more than slaves, towards some place where they might start their own lives anew – had taken their toll. She shifted a little to find some more comfort on the straw, and saw something scratched in the stone of the wall beside her. She lifted her head, looked closer. It was writing, the letters carved out as though by a nail.

IF YOU TOUCH THEM THEY VANISH

Strange, Hen murmured to herself. But even as she let the words roam around her head, sleep was creeping up her body and all at once fell about her like a trap.

It was the sound of the door that woke Gwenna, little more than an hour after they’d both succumbed to their exhaustion. At first, in the fogginess of early wakefulness, Gwenna thought that it was Hen, but then her senses, gradually waking with her, told her that her sister still lay beneath her arm and Gwenna realised what that meant.

Gwenna sat up sharply, peered into the gloom, barely lit by the flickering lamp which sat beside them, her eyes searching for any intruder. At first she could see nothing, just the bare stone walls, the sagging roof, the wisps of draught-blown straw on the cracked flagstones.

Then, with a slight refocusing of her gaze, she saw them – and terror leapt through her.

There were six in total, barely more than outlines against the darkness. Varying in height from a tall man to a small child, smooth, featureless, near invisible, they still carried themselves as people might, with legs and heads and arms, and they were moving, slowly – painfully, it seemed to Gwenna – towards the corner where the girls lay.

Any cry she might have let out died in Gwenna’s throat as she watched this hideous procession. Ephemeral though they appeared, these phantoms had a presence that was unmistakably real. They were like imprints in the air. Footprints left in mud.

Gwenna tried to look for another way out of the barn – for the phantoms now blocked any way through to the door – but there was none. As she prepared, in desperation, to hurl the lantern at the nearest figure she felt a hand on her arm.

Gwenna looked on in horror as Hen detached herself from her sister’s grip and stood up to face the advancing entities, her arm outstretched. At the same time she saw the nearest figure stretch out its own transparent, incorporeal limb towards her sister. In the darkness she could see now a hint of face in the area where the creature’s head would be. An open chasm of a mouth. Dark, bottomless holes for eyes.

“Sister, no!” Gwenna cried, and leapt forward to grab at Hen’s dress. But even as she did so, Hen’s finger touched the outstretched phantasmal limb and in an instant both were vanished completely as though never there. Gwenna looked up and saw nothing but the cold empty barn surrounding her. No phantoms. No Hen.

She cried aloud, and ran out into the night, desperately in search of her disappeared sister.

Not once did she herself see the message scratched into the wall. The one which had never been meant for them at all.