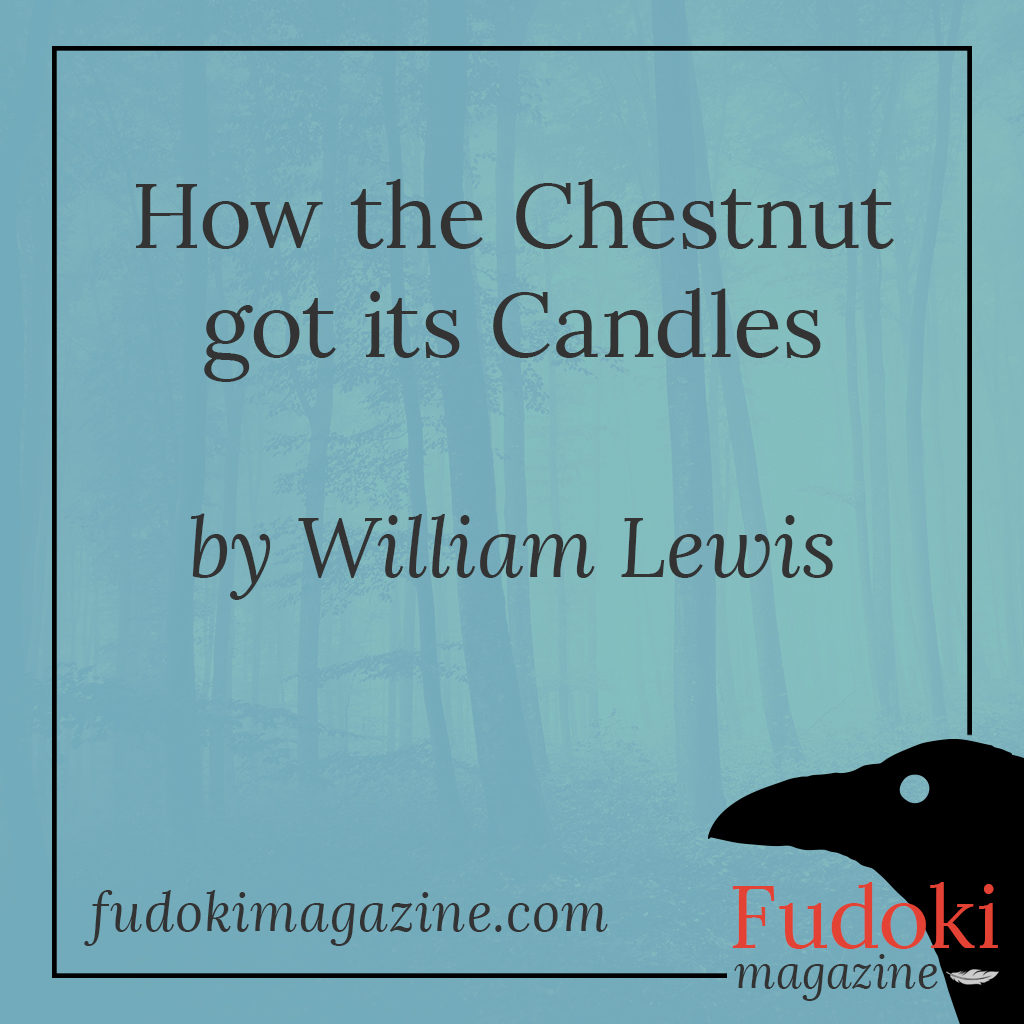 Since you ask, this story takes place many years ago when the world was young and minnows had not yet been invented. In a land more or less in the middle of the middle part of the world was a forest. But not the kind of forest you would know now, a forest with leaves and bees and seeds and fleas. Not in those days. It was not that sort of forest.

In those days, the months were called ‘Don’t’ and ‘Won’t’ and ‘Musn’t’ and ‘Can’t’, and the trees in the forest were bare, and certainly with no sign of leaves or bees or seeds or fleas. The trees stood there, their trunks and branches reaching upwards into the dull, grey mist that surrounded the forest. But they were not entirely alone, because they were guarded by the Keeper of the Forest, and his young assistant, Albert.  The Keeper had no name, he was just the Keeper of the Forest. What did he do all day? He just kept.

One day early in Albert’s employment, Albert retied his boots, adjusted his scarf and asked the Keeper, ‘What do we keep?’

The Keeper of the Forest replied, ‘We keep it as it is.’

And those were the only words they ever spoke to each other, at least until the start of this story, because words mean sound, and sound means conversation, and conversation means fun, and fun has been known to lead to singing, and singing has no place in the still and silent forest, which must be kept as it is.

And so things continued for many years. The Keeper of the Forest, assisted by Albert, made sure of that. But one day the wind changed direction, and the mist began to clear, and an unfamiliar light began to shine over the forest. And in the distance an unfamiliar sound was heard, carried on the wind to the ears of the Keeper of the Forest, and of course, Albert. In fact, Albert being younger, heard the sound first and turned to the Keeper for an explanation. But, at that point, the Keeper was busy keeping everything as it is, so did not immediately hear the sound.

The sound got louder. It was a lumping, bumping, thumping, crumping sort of sound, with some crashing and bashing and a bit of clinking, pinking and tinking thrown in for good measure. Very soon, over the hill, appeared a group of musicians dressed in the jolliest of colours. They played drums and gums and pipes and tripes and carried a banner with shiny letters which identified them as the ‘Splendid Playing Rhythmic Illustrious No-nonsense Group’ or S.P.R.I.N.G. As they played they laughed and sang and some of them even danced!

The Keeper of the Forest looked askance.

‘Come along Albert,’ said the Keeper. ‘We’re not having any of this here. This is not keeping everything as it is.’

He marched towards the drummers and pipers and singers and dancers, Albert trailing behind him.

But the drummers and pipers and singers and dancers took no notice, and carried on drumming and piping and singing and dancing with yet more joy and jollity. And as they drummed and piped and sang and danced a very strange thing happened. The trees stretched their trunks and boughs and branches and twigs, yawned once or twice, and began to produce tiny leaves in a fine, soft, pale green colour. The drummers and pipers and singers and dancers formed a circle around one particularly beautiful tree which these days is called a chestnut, but in those days it had no name. It was just ‘Tree’. And as the music got louder and faster and jollier and jumpier this beautiful tree produced, as well as the leaves of a fine, soft pale green colour, beautiful flowers of white and pink, standing proud on its branches like bright candles.

The Keeper of the Forest, in all his years of keeping everything as it is had never seen anything like this. He took off his cap and said, ‘Well, this is a fine how do you do.’

Finally the music got quieter, the dancing got slower and the singing ceased. The leader of the group stepped forward and spoke to the Keeper of the Forest.

‘Keeper,’ she said, ‘You have done well over the years to protect the forest. But the world has turned and things are changing. The mists are clearing and the sun has begun to warm the land. No longer will the months be called Don’t and Won’t and Musn’t and Can’t. Instead our years will be made of Do, and Will and Can. This month is called ‘May’ because it is the month of leaves and candles and is full of possibility. You have a new role. You are no longer Keeper of the Forest, but Keeper of the Candles. Every year you will make music and dance so that the trees make leaves and the chestnuts make their candles of red and white. Here is your drum, made of mahogany and for you Albert,’ she turned to Albert, ‘a pipe, made from the finest sea shells. Now, come and dance with us as we release the Spring.’