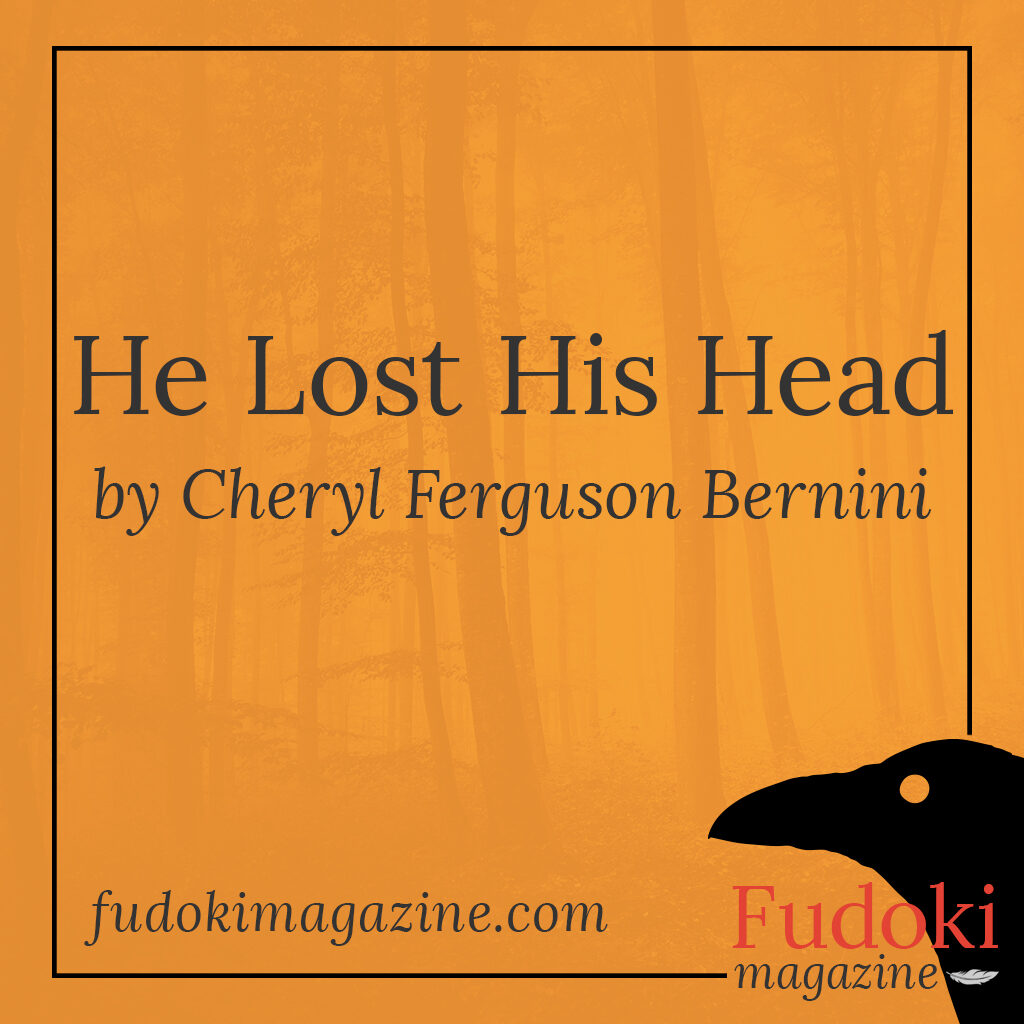 As rain cascaded from the night sky, Sam and James sprinted from the house, pulling down from their pedestals the jack-o’-lanterns attempting to protect the Halloween display. Above them rolled a wave of rumbles as streaks of lightning back-lit the blackened clouds. A howling wind whipped in from the north, rustling the crisp October leaves.

James yelled, “Sam, did you hear that?”

“Was that a horse?” she shouted back.

At the door, shaking themselves of the excess water, the couple traded quizzical glances. They had heard the distinct ninny of a horse; but, who would be out for a ride tonight? This storm drove mad a vivid imagination.

Inside, a cozy warmth greeted them from a fire started before the weather took a turn for the worse. They made themselves comfortable, reclining in front of the TV and open flame. The cats had already taken their spots, except for one. Lily laid in her blanketed bed, but unlike her siblings who slept, she kept one keen eye to the door. With every wind gust, her ear perked up as she tried to comprehend an unheard sound.

At daybreak, the pair ventured outside. A quick survey of the aftermath revealed the destruction wasn’t as severe as they had assumed.

“You can say that again! I didn’t think we would find anything left in the yard.”

They chuckled as they reorganized the Halloween decorations. Over the years, their one jack-o’-lantern became two, and then three, until it finally grew into a patch filled with carved faces varying from the comical to the horrific. Some could be large while others not so much. There have been those that stood alone and those that posed in groups. When darkness fell, flames radiated from within their hollows and dappled the garden with an eerie glow.

“Love, did you carve this pumpkin? It’s not one of mine.” Sam stood confused before the foreign squash.

“Yeah, probably. Maybe it blew in from a neighbor’s yard,” James joked.

Lily arrived, and as she moved closer to James, she froze in a deep stare. Slipping back a step or two, her eyes remained fixed. In a flash she twisted, hissing and growling, unable to find the footing to escape. The feline seemed possessed.

“Wow! That was odd,” Sam muttered.

As he took an investigative stroll to ensure nothing took a lengthier flight, Sam finished positioning the skeleton and spider webs and could hear him mumbling.

“Are you talking to me? Because I can’t hear you.”

Rolling her eyes, she put the finishing touches on Mr. Bonn E. Mess.

“Come here when you’re done. You need to see this.”

She followed his voice to discover him kneeling on the ground, outside the gate.

“What’d ya find?” craning her neck to see over his shoulder.

“Did we or did we not both hear a horse last night?”

“Are these not horseshoe prints?”

He stood and pointed, visible were the imprints of horseshoes, and they followed along the entire wall. Their gaze then tilted upward where a noisy conspiracy of ravens circled, the group engaged in a caw-filled inspection.

Returning to the wrought-iron entrance, James examined silver slashes in the black paint.

“What did that?” The severity of the damage impressed her.

During the day they completed the preparations needed for later that night. Occasionally Sam hollered to James, “Are you talking to me?” Never getting a response, she assumed he was deep in conversation with himself.

When he passed through the kitchen, he found Sam setting out the candy bowls. “Have you been talking to me?”

“No! I thought you were talking to me.”

His voice trailed off as he headed to another room, “we should bring in the laundry. It’s getting late.”

He disappeared before Sam had the chance to inform him she hadn’t hung out any clothes.

With dusk’s arrival, they assumed their costumes and readied the treats by the door. With fresh tapers, they headed out to illuminate the yard. With all the wicks nearly ignited, they came upon an unfamiliar face.

James grabbed the stem, and the gourd bellowed, “BLAST! How dare you touch me in such a manner! I am no jack-o’-lantern!”

The waxy pillar slipped from James’s hand and crashed on the walk. Backing away, he fixed his stare on the talking pumpkin and stammered in unrecognizable words. Sam froze. Emanating from the hillside came the heavy breathing of an equine as the beast majestically posed on its hindquarters. Atop this grand stallion sat a man, handsomely dressed in a dark caped overcoat. Yet, from afar, it seemed he lacked something essential.

Breaking the silence the orange squash proclaimed, “he is here for me! Give him what he wants, and we will go, leaving you in peace.”

They lunged for the pumpkin, taking care not to damage him. Transporting him from the yard, they left him in a clearing on the hill to await his proprietor’s return.

The couple thought it best not to remain for the acquisition, and they sprinted towards home. Slamming and locking the door, they leaned their backs against it and grasped each other’s sweaty hands. After giving the horseman ample time to collect his parcel, they peeked through a breached curtain to ensure that neither he nor the pumpkin was anywhere in sight.

That night, one darker than normal and riddled with anxiety, no one slept. The wild creativity of the imagination could do more damage than anything reality could produce. When a sliver of the sun’s light breached the eastern skyline, they understood better the significance of survival.

Each year, as All Hallows’ Eve approaches, the autumn wind carries whispers that recount the incredible tale that transpired that one ominous night. From the hillside, one may even hear a horse’s whinny.