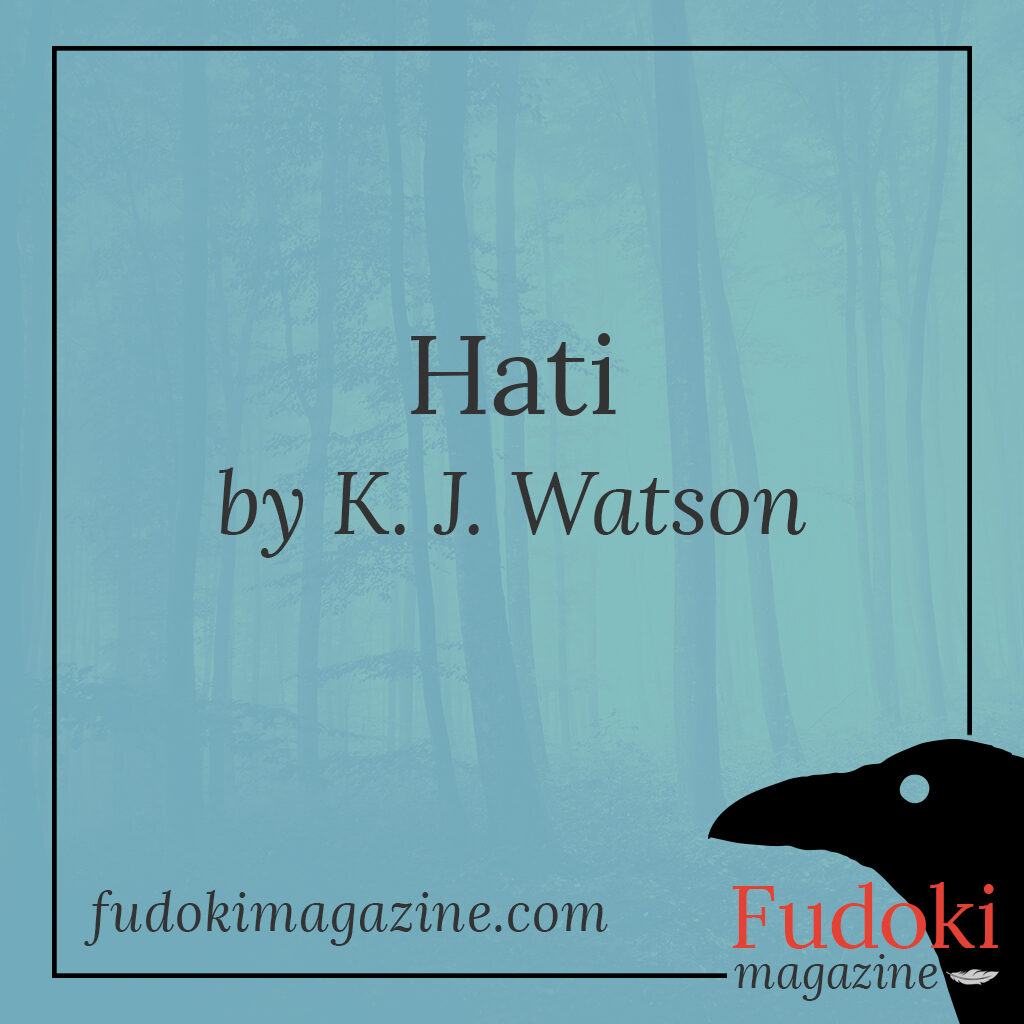 The two hunters from the village stared at the mountain.

‘Hati the wolf will soon appear at the peak,’ one of them said.

The other nodded. ‘He will try to devour the full moon, as he does each month.’

‘If he succeeds, he’ll extinguish the light that helps us track our prey.’

From behind a tree, Alina listened to this exchange. The proposal to murder Hati appalled her.

The wolf has no hope of swallowing the moon, she thought. He’s troubled and needs our help.

Resolving to warn Hati of the imminent danger, she ran towards the mountain.

‘Leave her. Let’s fetch our weapons and put an end to the wolf.’

Night fell and the full moon rose. Alina clambered up the mountainside and glimpsed movement at the summit.

Redoubling her effort to reach the top, she arrived in time to see the wolf leap into the sky.

Hati clawed at the moon and bit into the dusty surface. For a second, he hung by his teeth before tumbling back to the mountain.

‘And who are you?’ Hati asked, snarling.

‘Because it makes no sense.’

Hati paced round Alina. ‘My demon parents left me here with a command to feast on the moon.’

‘And why would your mother and father do that if they cared for you?’

Hunching his shoulders, Hati stood still and said nothing. Alina peered down the mountainside. She saw the hunters’ torches and the glint of rifles.

‘People are coming to kill you, Hati. Let me find you somewhere safe to stay.’

‘Return to your village, Alina.’

The wolf gazed at the girl.

‘Perhaps my attempts to eat the moon are foolish,’ he said.

‘Then we should go. Quickly.’

Before Hati could reply, the hunters gained the summit. Alina stepped in front of them.

‘Put down your guns,’ she said. ‘The wolf has done you no harm.’

The hunters ignored her and fired. A bullet narrowly missed Hati, but another struck Alina.

Hati bounded at the hunters and knocked them to the ground. He then gripped Alina gently between his jaws.

Let us hope, he thought, that I now jump higher than I have ever done.

Drawing upon all his strength, Hati sprang from the mountain. A moment later, he and Alina landed on the brow of the moon. The frustrated hunters could only watch.

Hati crouched and nuzzled Alina. She neither spoke nor moved: the bullet had taken her life.

Several hours passed. When the moon dipped below the far side of the world, Hati jumped off. Each time the full moon rose thereafter, he paid no heed to the demand of his father and mother. Instead, remembering the girl who had shown him kindness, he tilted back his head and howled.