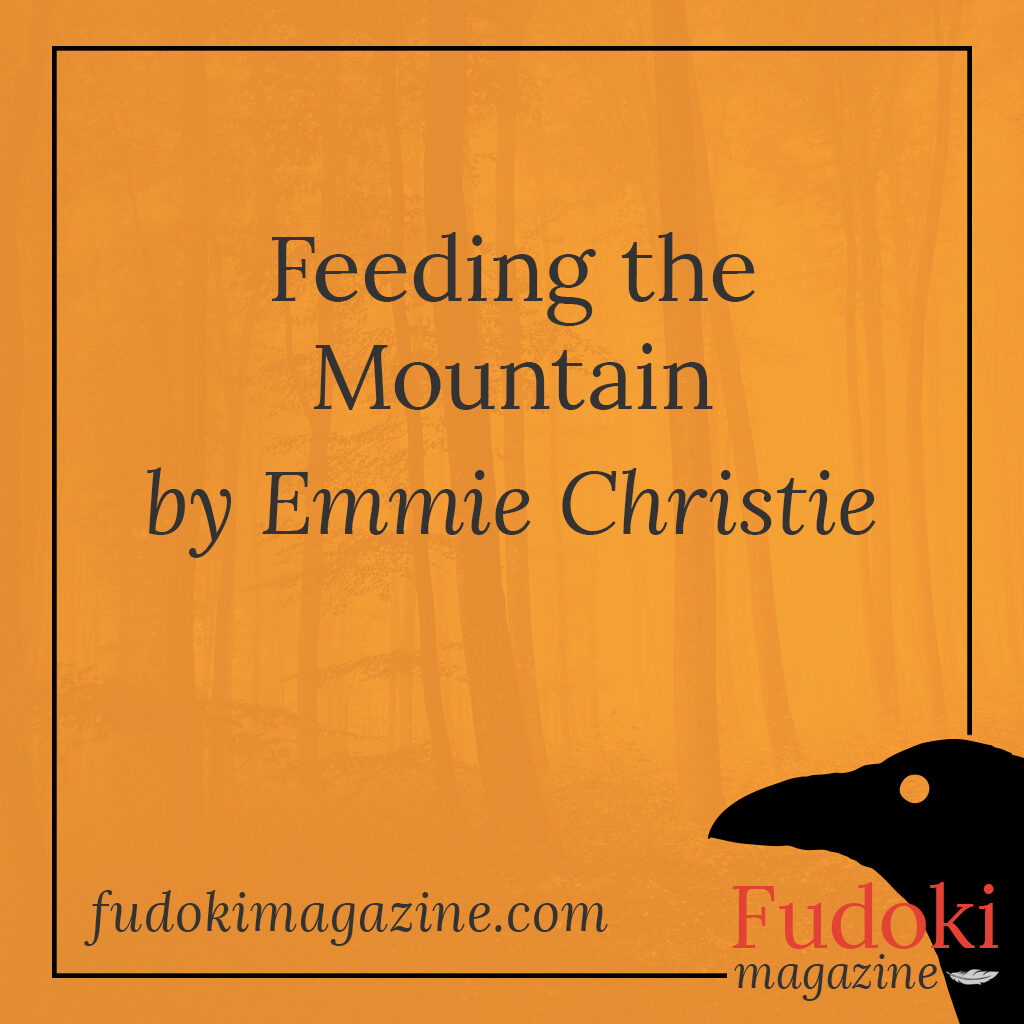 The mountain fell towards Tanaka like an eagle diving for a mouse.

“This is what I get,” he shouted over his shoulder, “for offering you a sacrifice? You ungrateful, greedy—”

The blistering smoke snaked into his mouth and down his throat, and he coughed the rest of his words. He raced down the mountain on his bicycle, pivoting on the sharp turns by dragging his feet. The lava poured down from its maw after him, peeling back the rock layers to show the viscera of its leaking guts.

The berries and leaves he’d left on its peak must have angered it. It must not have liked the taste. Well, it didn’t have to react this way! Just his luck that the first mountain Father Akio had sent him to would have the temperament of a disgruntled swan.

Tanaka gritted his teeth and erupted back. “As a priest of the peaks, I command you to calm dow—”

The mountain bellowed and erupted at the top, spewing down bits of burning rock. He ducked and dodged, keeping his head low.

“Okay!” Tanaka shouted. “Okay, I get it. You’re definitely carnivorous. That’s on me; I should have offered you a rabbit or a deer or something. But you don’t have to act like a spoiled baby foothill!”

More roaring. Bigger rocks. One shot through the back wheel and broke some of the spokes. Tanaka wavered, almost sailing off an edge, but jerked the handlebars over just in time. He growled in frustration. What would the priesthood say if he failed his first mountain feeding?

Tanaka, Tanaka, Father Akio’s voice echoed in his head. Use your soft voice. Mountains may be made of rock, but some are still sensitive.

The lava caught up to him, and his wheels sank into the bubbling heat. He clambered off and dashed to a non-liquid surface, though it burned his feet through his calluses. He stopped and faced the mountain.

“So, you’re hungry,” he said, trying to anchor his voice in softness. “I can help with that. But if you eat me, I can’t bring you more food, see?”

The lava hesitated. The smoke still whirled about in Tanaka’s lungs, and he coughed again, tears streaming down his face. He whispered, “I want to help you. That’s why I’m here.”

The smoke churned in his lungs, then drifted back out of his mouth and nose. The lava cooled to a darker red. Tanaka breathed in without coughing.

“I’ll go find you something,” he said, wiping away tears. “I like eggs, myself. How does that sound?”

The mountain rumbled in a non-threatening manner. Tanaka smiled.