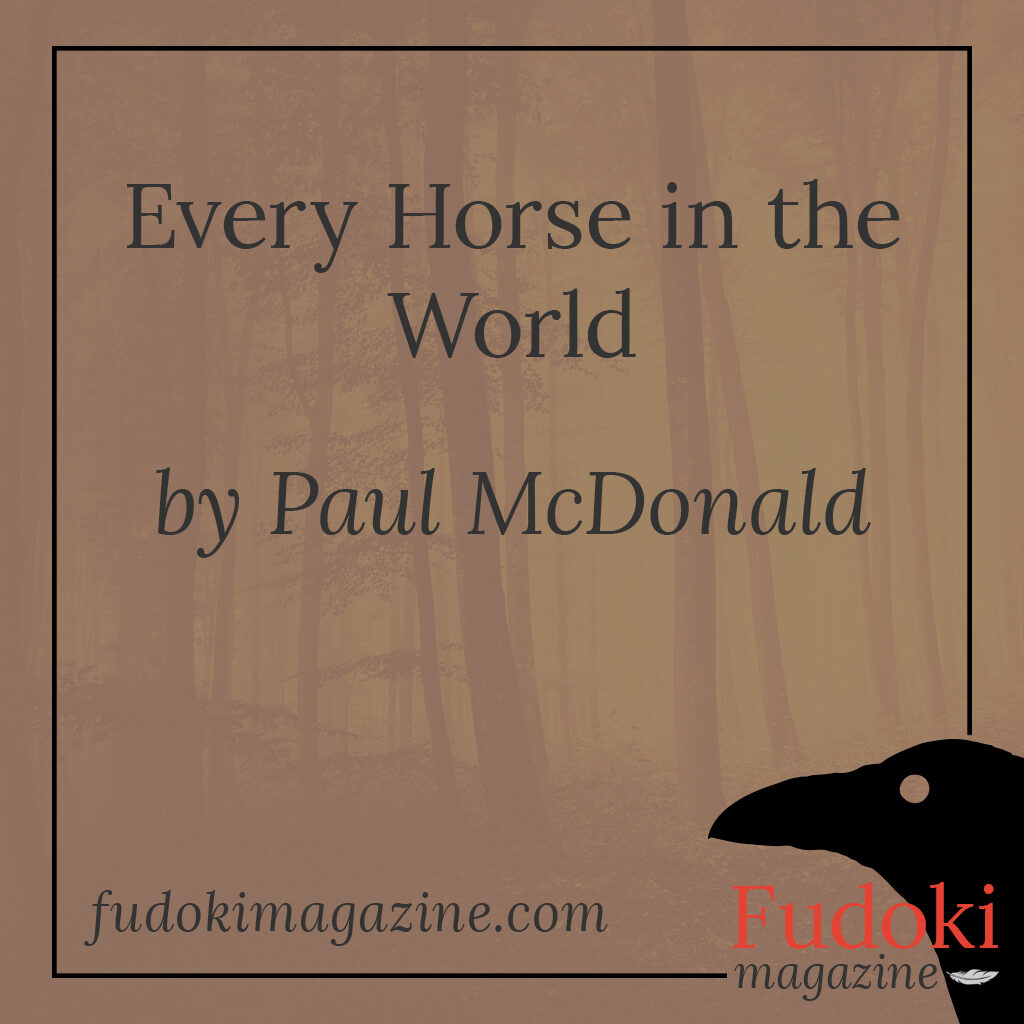 In April every horse in the world suddenly sprouted wings and began to fly. It still feels weird saying that, and to think that Pam and I watched it happen. It was the first warm day of the year and we were drinking coffee on the patio when a chevron of low-flying thoroughbreds darkened the sky over our house. The downdraft from their wings shook blossom from the apple tree. Pam screamed, and our cairn terrier, Treacle, leaped from my lap yapping herself into frenzy.

Social media soon teemed with video clips of similar sights from around the globe. Millions of horses rising through the skies, from herds to individual beasts, some dragging carts and coaches behind them, riders swinging from stirrups. Radar tracked clouds of them through the troposphere, stratosphere, exosphere, and out into the infinite dark. Within hours the whole equine genus was gone, including donkeys and zebras.

In September and Pam and I were back on the patio for the first time since the exodus. We sat with Treacle, sipping our coffee and thinking back to the weirdest day in our lives, and everyone’s. The whole world wondered if the equine flight heralded more strange phenomena. It hadn’t, but there was constant speculation about which species might be next.

I was conscious of Treacle’s weight on my lap: I had my hands on her shoulders and couldn’t help anticipating that twitch of bone, muscle or fur that might presage a sprouting of wings, doubting it would happen, but knowing it could.

I noticed Pam looking thoughtfully at Treacle and I asked her thoughts. I expected her to say something deep – perhaps about animals being wiser than humans, or closer to something we’ve forgotten – but she just laughed and said: What’s the point of thinking? I shrugged, laughed too, but stopped when Treacle started to yap, and the more she yapped the more it resembled a wild, fierce joy. That’s when the future really began: in the presence of a joy that condemned us.