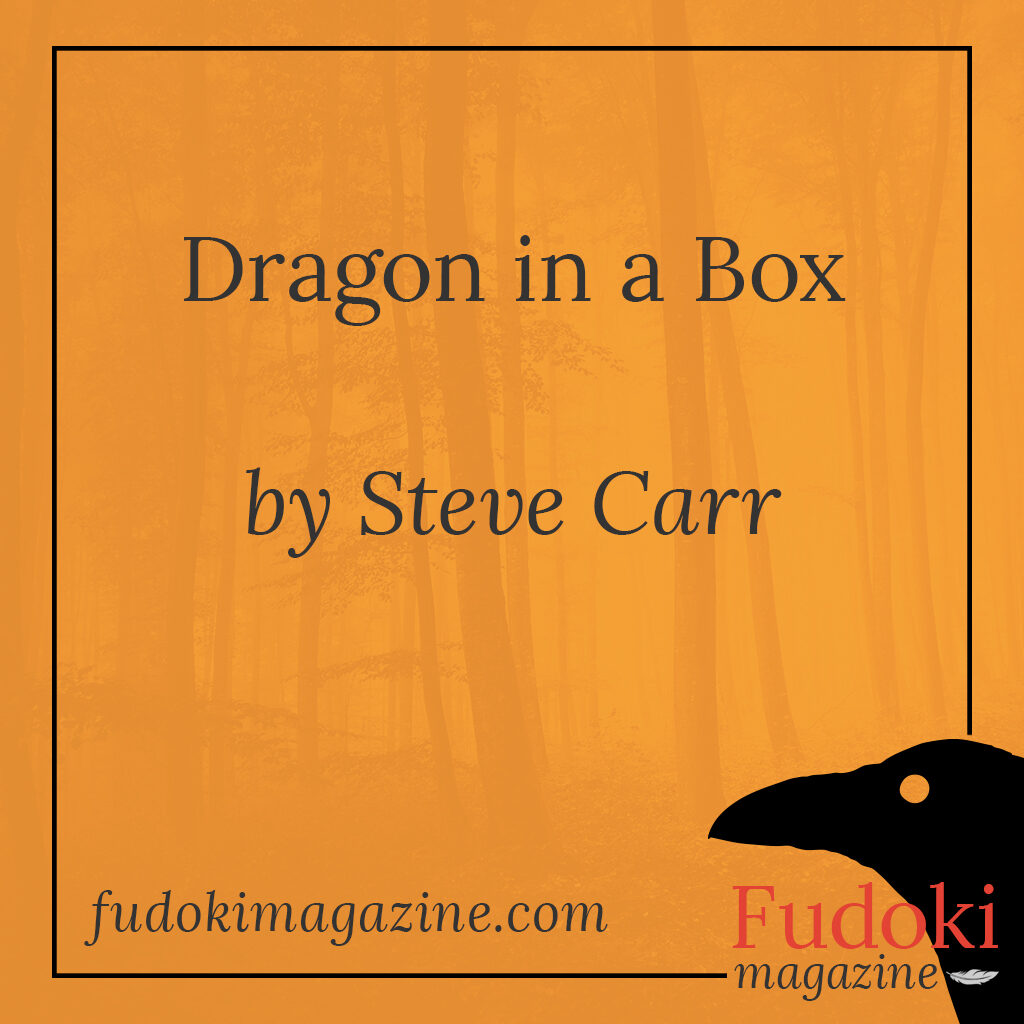 The girl who held the razor was no more than eleven. She wore a bright red robe with a hood that kept her hidden except for her prepubescent face and her hands. She was very careful and precise in the way she shaved the old man’s head and his wrinkled, lined face. She applied the lather and then removed it along with the hair and stubble while repeating a mantra at a barely discernible whisper.

While being shaved, the man sat naked and cross legged on silk cushions and held a gold box on his lap. The box was adorned with inlaid jewels that formed the images of dragons.

“Each day the number of breaths I take is less and less,” he said, “so I only have time left to tell you this once, so you must listen carefully.”

The bamboo blades of the fan that hung from the middle of the ceiling slowly whirred about, slicing through the humid air thick with the scent of orchids. Through the open window, I could see the path that had led me to the isolated hut that sat in the midst of the jungle. The path wound like a snake through the kapok trees.

“I was a young man when my biplane broke through the fog that hides this island and crashed into the side of the volcano. The force that guides the universe didn’t want me dead that day, and it’s only by the good graces of the dragons that once inhabited this island, that I found my way to the path that led me to the people who live here,” he said.

The old man shot me a disdainful look. “Don’t be a fool,” he said. “I mean real dragons. Dragons that once flew, some that breathed fire.” He rubbed the box, affectionately. “They were much smaller than I always imagined, but they carried me down from the side of the volcano.”

“I didn’t see any dragons when my raft washed up on the beach, ” I said.

“Haven’t you been listening?” he snapped, jerking his head contemptuously.

The girl continued shaving around his Adam’s apple, even as the blade nicked his skin, drawing a thin line of deep red blood.

“The dragons are things of the past,” he continued. “They’re all dead now.”

I glanced out the window, and saw the path disappear and then reappear, beginning in a different place and twisting out in a new direction.

The girl set the razor aside, dipped a cloth in a basin of water, and wiped the remaining lather from his face, head and neck. She held the cloth against the cut and when she pulled it away, the cut had vanished.

“What happened to your boat?” he asked.

“A storm wrecked my yacht and destroyed my communications equipment,” I said. “It finally sank a few days ago. I managed to escape on the rubber raft that brought me to this island.”

He closed his eyes as the girl toweled and then massaged the top of his bald head. “The Bundru will make your life very comfortable,” he said. “They are a very generous people and they learn fast. I taught them how to make the fan that’s in this hut.”

“I don’t plan to be here long enough to get comfortable,” I said.

Ignoring me, he said, “All of the children are trained from birth to be prepared to shave me according to their rituals. Since my arrival on the island the Bundru sacrifice one of their sons or daughters to see that I get shaved once every thirty days.”

“Sacrifice?” I asked, thinking he was being overly dramatic.

He waved the girl’s hands away from his head. His eyes locked with mine. “This girl, like all who came here before her, will be dead within a few days. Whatever germs I carry are contagious and deadly when I breathe on them. When I first arrived here I nearly wiped out the entire Bundru people. I speak to the adults only from a great distance.” He took the girl’s hand and kissed the back of it the way a father would kiss a daughter’s.

The girl slung the towel over her shoulder, picked up the basin of opaque water, and went out the door. I watched her walk down the path that quickly re-formed and instantly lost track of her.

“She’ll wander lost in the jungle until she succumbs to an illness I have passed onto her,” he said, dispassionately. “Only a few of the trained elder Bundru know how to navigate the shifting paths in this jungle. The knowledge of how to do it is the one thing they refuse to share with me.”

“There must be some way to get off of this island,” I said.

“I’ve tried hundreds of times and each time the Bundru have come to my rescue and led me back to this hut,” he said. “The jungle is worse than a prison.”

I walked to the window and stared out at the path, and then looked up at the top of the volcano seen rising above the forest canopy. When I turned back, he was bowed over the box. His breathing was loud and labored. I rushed to his side. “What can I do?”

“The dragons,” he said, raspily. “I killed them the same way our breath kill the Bundru.”

He gasped one last breath and then fell across the box, dead. I laid him back on the straw mat that covered the floor and then opened the box. Inside was the skeletal remains of a dragon the size of a rabbit. What little remained of its blue hide was stretched on its curled wings and long spear-like tail.

I closed the lid and sat on the cushions with the box in my lap.