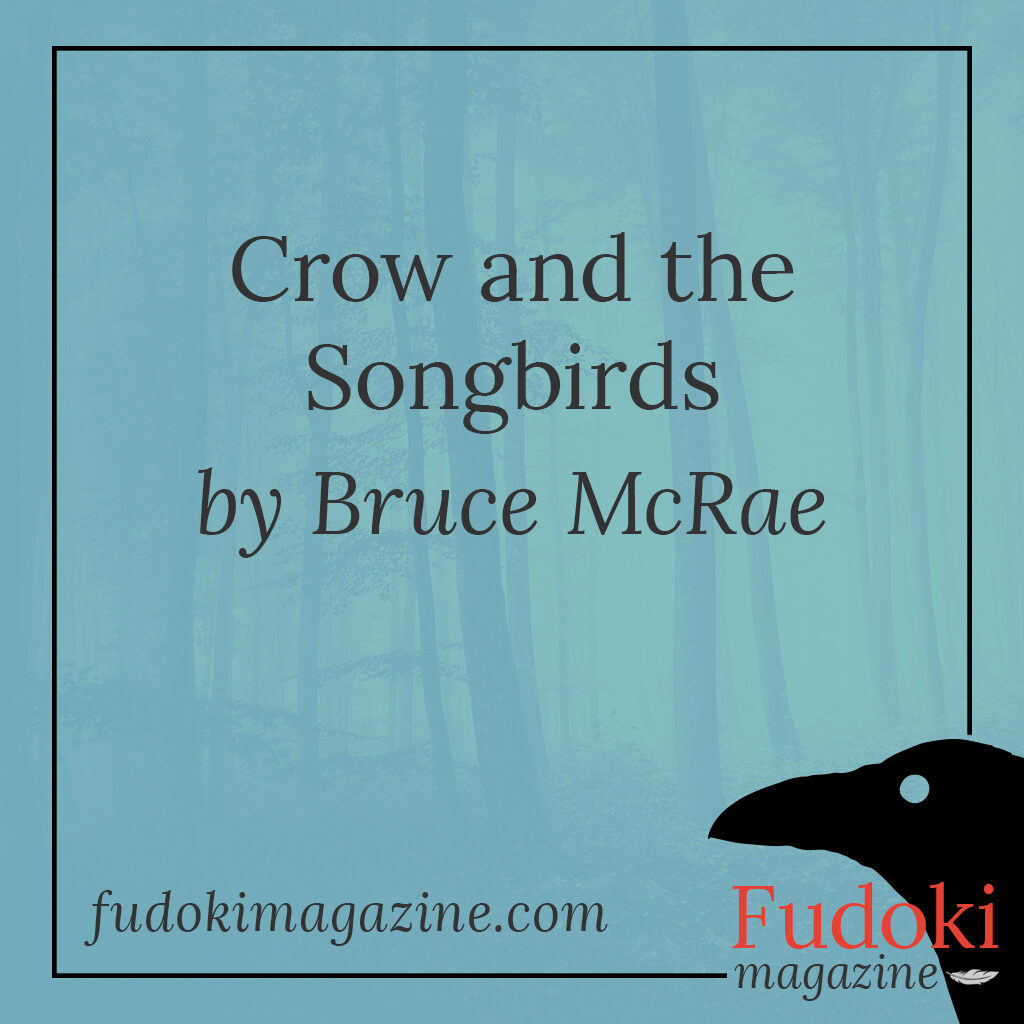 One day all the songbirds
gathered in the forest to complain
about crow, a cheeky bird, a bully bird,
a bird so bold as to even challenge
the two-legged ones who walked on ground.

Crow, complained the robin, is dark.
None of us can see him in the night.
He steals whatever he covets, the oriole sang.
And worst of all, the mockingbird chirped,
crow has no good song, he cannot sing.
His voice is a like a stick being broken
and therefore he is not beautiful.

Overhearing this, crow flew down
from the high branches to state his case.
Songbirds, said crow, who was naturally annoyed,
I have a voice but have only one song.
One song to sing, and only to sing it once.

See how crow is also a liar, countered the finch.
Angry, crow said then I shall sing my song
and prove to you the glory of my creation.
And crow sang a song so melodious, so lovely,
all the songbirds were silenced and amazed.
Some were so ashamed they wept openly
for the song of songs crow sang to them.

When crow had finished singing his one song
the others sat in silence, too stunned to apologize.
Then, with a huff, crow spread his wings and flew away,
cawing and cawing, admonishing the songbirds a last time.
And this is why the crow never sings today.
Having used his song he can only laugh or cough.
A moment of pride and his voice had gone.
He had wasted his gift and fed the silence.