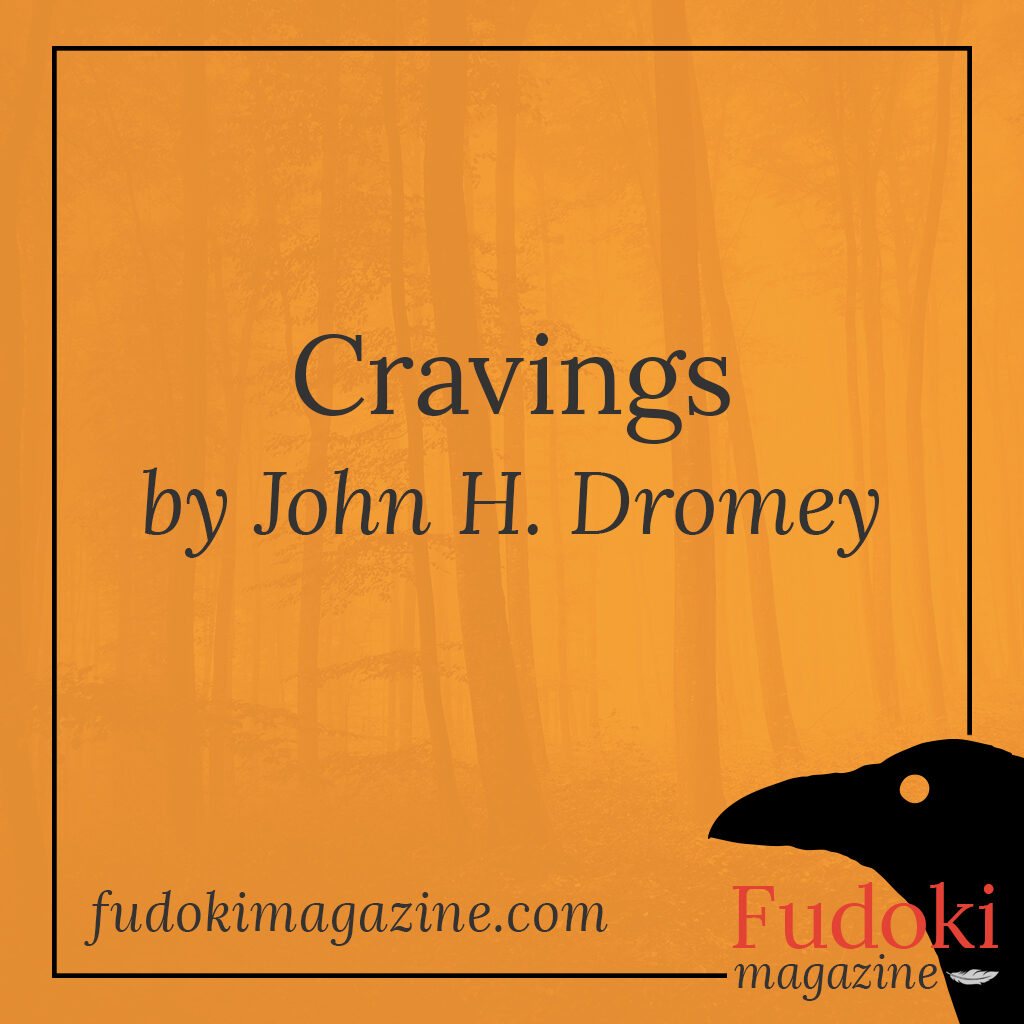 The newlyweds were in a sushi bar when a metaphorical light bulb turned on in Jeff’s head. In his mind’s eye it was one of those newfangled low-wattage thingamajigs, so he wasn’t sure exactly how much credence he should give to it. He chose his words carefully.

“Apparently,” his wife Lori said, as she reached across the table with her chopsticks to lift another seaweed-wrapped delicacy from his plate. “You haven’t touched your sushi, or your sashimi, or anything else for that matter. You haven’t even picked up your chopsticks.”

“I’m afraid of getting splinters.”

That was true. He’d been way too preoccupied lately by his mate’s odd behavior at mealtime to pay attention to something as mundane as eating utensils.

“I meant ‘are you expecting?’”

Jeff’s suspicions were aroused again a few days later when he came home from work to discover his spouse in the kitchen scarfing down peanut butter and jellyfish sandwiches.

He asked her pointblank if she were “in the family way,” but Lori gestured toward her face and refused to answer him with her mouth full.

Jeff flashed back to the first time they’d met. Lori’s sheer beauty had made his head swim, or it could have been the lingering effects of his recent bout with seasickness.

She’d simply shown up one evening outside his portside cabin wearing nothing but a towel and some strategically placed seaweed. With her woebegone expression, for all he knew she could have been a stowaway who’d boarded the ocean liner in the middle of nowhere.

The whirlwind shipboard romance that followed only added to Jeff’s vertigo. With his compromised equilibrium, it was easy for Lori to sweep him off his feet.

He knew next to nothing about her, but her ravishing good looks more than made up for that. So, what if her past was a blank? Jeff envisioned a long, happy future with her.

The captain of the cruise ship married them in a simple ceremony.

Their honeymoon continued onshore and the leftover Dramamine came in handy for Jeff when Lori insisted on finding accommodations with a waterbed wherever they went.

Settled into their new home, Jeff’s curiosity was aroused by Lori’s continuing display of strange appetites. It was obvious she was gaining weight. Was that a baby bump? He counted on his fingers. Although they’d hooked up on a “love boat,” it seemed a bit soon for the appearance of a “love bloat.”

There were other unaccounted for anomalies in their daily life. Jeff recalled a recent incident.

“I was singing in the shower,” Lori had told him. “Didn’t you have an urge to join me?”

“Oh, is that what the screaming was about?” he’d replied. “I didn’t realize you were bathing until I ran water to fill the coffeepot, and then I assumed the sudden change in water temperature had caught you by surprise. Was I mistaken?”

He might never know for sure. Lori left the room without answering.

A few days later the mystery was solved.

Jeff heard a commotion in his neighbor’s backyard and went outside to investigate.

A police woman approached Jeff as he walked up to the fence that divided the properties.

“You may not want to get any closer, sir. It’s not a pretty sight.”

Glancing over the fence, Jeff could see the deep end of his neighbor’s swimming pool. The water was tinged with red.

“Didn’t you hear the Siren?” the officer asked him.

“Of course, I did,” Jeff said. “It’s because of the emergency vehicle sirens that I came outside to see what was going on.”

“I meant before that.”

“Earlier I heard some caterwauling. It sounded a lot like a lovesick feline on the prowl. What was it really?”

“It was that creature,” the police officer said, pointing to a handcuffed woman. “Her name is Lorelei and she’s a Siren. Her singing attracted every able-bodied man within shouting distance to come join her in the swimming pool. One of the wives called the police.”

“She was snacking on the first man to arrive. Usually, her call is irresistible. What saved you from a watery grave?”

“I guess it’s because I’m tone-deaf,” Jeff said. “I flunked music appreciation. The instructor told me I couldn’t carry a tune in a bucket.”