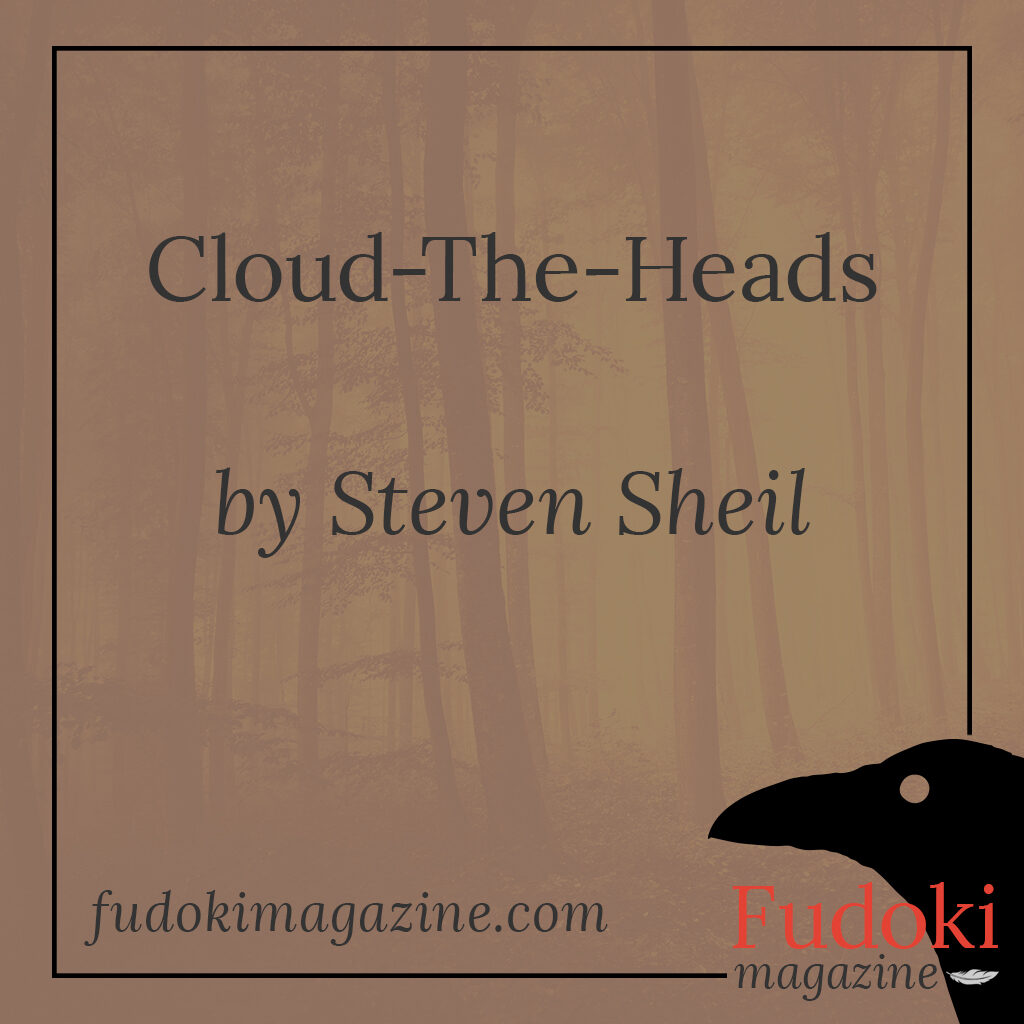 Cal found what he was looking for at the edge of the woods, down where the ground sloped towards the dank waters of Stout Marsh, in between where the tree roots crept across the ground half-exposed like dead men’s fingers. A patch of Cloud-The-Heads, the tall stems clustered with ever-smaller rings of yellow flowers, yellow like butter, just as the old woman had described them. Cal scrambled down the bank, his foot landing in the foul-smelling mud which sat at the bottom, then gave a curse and grabbed at the stems, pulling three or four together out by the root. He placed them carefully in the bag he carried and, shaking dry his muddied foot, set off back towards home.

He could hear his father yelling even before he began to cross the field towards their cottage, could see already the redness in his father’s cheeks as he waved his stick in Cal’s direction. I’ll take the beating, thought Cal, take it this once, but no more. His hand gripped the bag which held the flowers.

That night, the backs of his thighs red raw from the stick, Cal waited until his father was snoring in his bed, then removed a stem of Cloud-The-Head from his bag. He tore away the top of the stem, leaving just a half-finger and the stringy white intertwined roots and took this part over with him to where his father lay. Carefully, Cal reached across and slipped the plant beneath his father’s head. His father stirred at Cal’s movement and for a moment the boy’s heart spasmed in his chest. But then the old man began to snore again, and Cal could move back to where his own bedding lay.

Place the root of the flower beneath the head when sleeping, the old woman had told him, and the sleeper will not wake until it is removed. Cal glanced over at his father. Let him sleep, he thought, let him sleep for now and forever. In the ten years since his mother had died, when Cal was just four years old, his father had worked him like a farmhouse mule. Up at sunrise, no rest till dusk, cleaning, mending, fixing, cooking. He had been son, wife, mother and slave to the man for all that time. And he was tired, so tired. Just let me rest, he begged the heavens, just this one day at least. He fell asleep with the wish still on his breath.

A cry woke him in the early minutes of dawn. Even before Cal could open his eyes he felt the stick upon him.

As his father’s shadow stalked across the room to the door, Cal scrambled to his feet and went quickly across to his father’s bed. The Cloud-The-Head was nowhere to be seen. He found it, thought Cal, somehow he woke and found it and…

“Are your ears filled with mud, boy?” came his father’s voice again from outside the cottage door. Cal cursed the day he was born and ran out to the sound.

The next days and nights were worse than ever. Cal’s father seemed now to never sleep, to always be muttering about some task or other that needed to be done. Cal was run ragged trying to please the old man, but that in itself proved a hopeless task, for with the sleeplessness also came an ever-present rage. It was as though the old man were beset by a permanent jitteriness beneath his skin which rendered him incapable of feeling comfort.

On the fourth night, with Cal almost broken from lack of sleep, his hands worn near to the bone with work and with his father showing no sign of tiredness – though his eyes were red-cracked and black-rimmed, though he scratched at his temple every other minute as though to drive away the headache that lay beneath – Cal snapped.

“Why won’t you sleep?” he yelled at the old man, “You were supposed to sleep. The old lady said…” The words escaped him before he knew what he was saying. Hearing them, the old man’s dark eyes narrowed and he thrust his stick against Cal’s throat.

“Said what now?” his voice rasped.

Cal told him the whole story, from start to finish, and when he was done his father took the stick from his neck and held it high. Cal cowered, expecting the blow. But instead his father pointed the stick towards the door and said, in a voice that seemed thicker and slower than it ever had before, as though the throat itself had narrowed, “Show me.”

The old man marched Cal across the field and into the forest, where the bright, white moon fell upon the tall trunks and made the whole place feel like another world. When they came to the spot beside the marsh, Cal pointed to where the Cloud-The-Heads grew.

The old man turned to look, and as he did so, Cal saw – just for an instant – what was in his eyes. Pain. Desperation. Fear. It wasn’t that he didn’t want to sleep. It was that he couldn’t. Something inside him was keeping him awake, something that he could no longer control.

At the sight of the plants, a tremor seemed to go through the old man, contorting his body, sending him stumbling wildly forward, propelling him head-first against the tree beside him. His agonised cry sickened Cal to the stomach, but the sight of him when he turned was even worse. The skin of his face had been torn away by the tree’s bark, and there beneath, twisting its way from his exposed teeth in their blackened gums, across and through the muscles of his cheek, and up into his temple and the eye-socket beside it, curled a nest of thick, white roots.

And as he reached out towards Cal, the boy could see, curling around the pupils in his tortured, pleading eyes, thin yellow leaves. Yellow like butter.