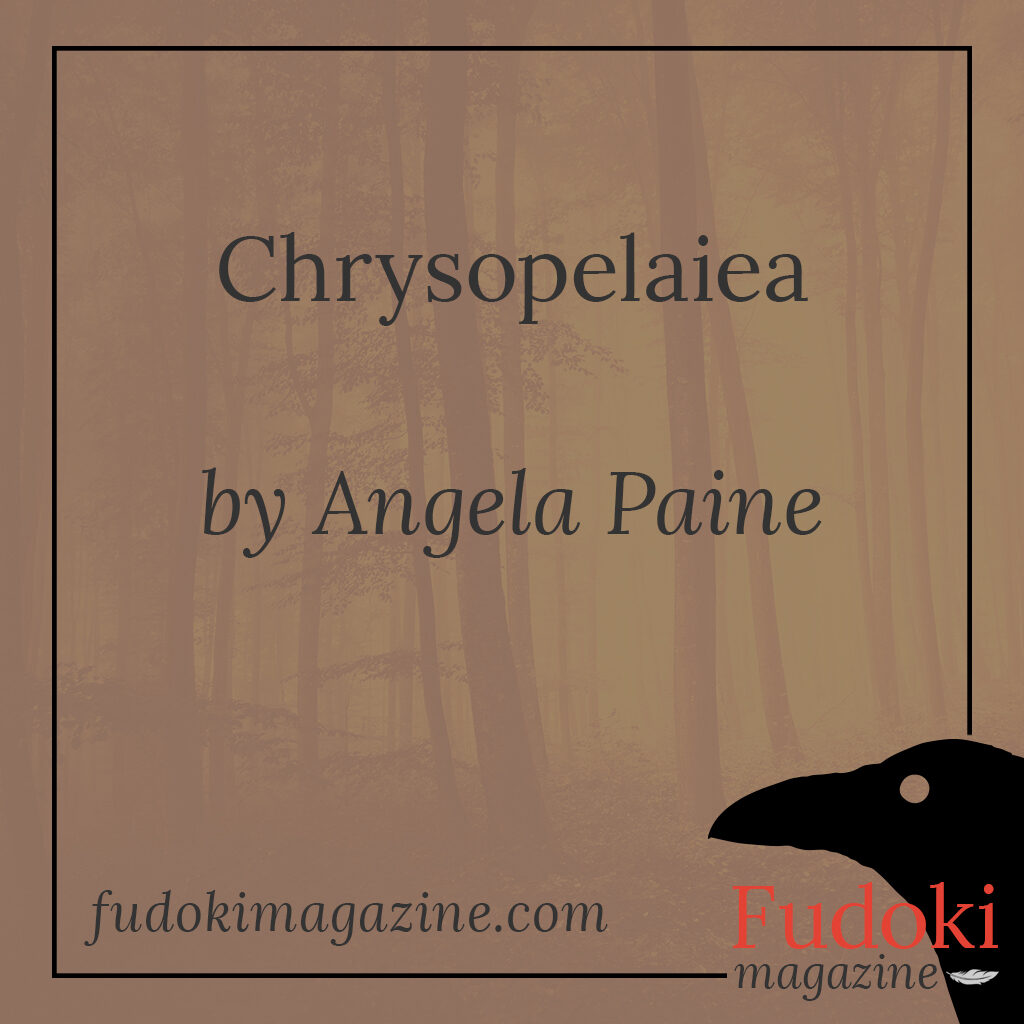 Chrysopeleia was a fragile creature, delicate and shy, her leafy, diaphanous clothing of ochre, russet, gold, and fiery red, draped over her slender frame, leaving her arms and legs bare. Graceful and wild, beautiful and eternally young, she was inextricably linked with her oak tree. She sat by the water’s edge, under its leafy branches, watching the river flow. Small animals scuttled by, entering and leaving their holes. Birds fluttered and twittered in the branches. Suddenly the wind rose, dark clouds gathered menacingly and drops of rain fell. The rain increased until sheets descended like a waterfall and the river began to rise until it was rushing past the roots of her tree.

As Chrysopeleia sat, trembling with fear and as she watched the soil beginning to ease away, she heard soft footsteps approach. She made herself invisible as Arcas, the mortal hunter, appeared. She watched in amazement as he dropped his bow and arrow on the bank and began digging a channel with his bare hands for the river to flow through, away from the tree, then built a dam to protect it. By saving the tree he had also saved her. She looked at his fine, muscular body, his perfect features and golden head of hair. As desire flooded through her body she appeared before him and raised her eyes to his face. Reading her thoughts, he took her to a soft bed of moss where their bodies intermingled and all thoughts of their differences were forgotten.