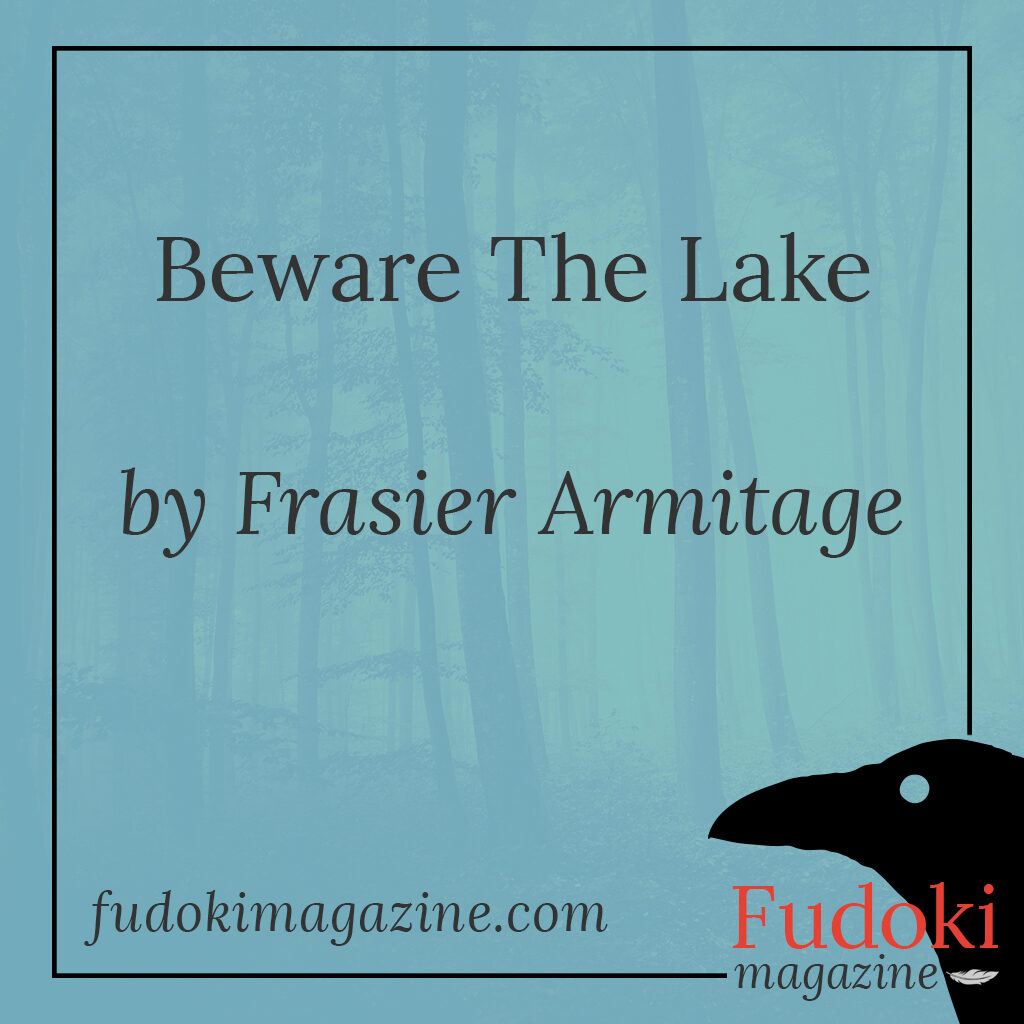 I walked for miles through the glade
And went so far, I lost my way
But found a clearing, where I lay
Below a weeping willow’s shade.

Reclining on the grass I lazed
To gaze across a crystal lake
Which shimmered in a gleaming jade
Where mountains met the sweeping bay.

The chipper sound of birdsong came
In echoes down the valley plain
To greet me in a sweet refrain
As idly I lay by the lake.

But on the shore where I remained
Were footsteps in some monstrous shape.
The lapping tide caused them to fade
And disappear without a trace.

I rubbed my eyelids in dismay
Believing I’d made some mistake.
No creature could such footprints make
Of frightful size and wicked gait.

Was I alone there by the lake?
Or did a monster lurk in wait
Abiding in some secret place
And biding time to stalk its prey?

Afraid that I may be too late
I stood and turned to ascertain
The danger, but saw none and stayed
Alone beside the crystal lake.

The sun beat down its mighty rays,
And swooning, to the shore I strayed
To sip the water that I craved,
The fury of my thirst to tame.

So kneeling down with bended frame
My head I bowed and neck I craned,
With open mouth I might partake
To find refreshment, but in vain

For as I neared the water’s face
A voice rang out as clear as day,
And in the breeze I heard it say
“Drink not the water from the lake!”

The words caused me to hesitate
And so I stood and stepped away.
But meditatively I weighed
The warning ’til my mind was made.

I waded in, up to my waist.
I heard the voice call out the same
But this time, little heed I paid
For where’s the harm in just a taste?

No sooner had the water grazed
My lips, the ground began to quake
And bubbling up, a foaming spray
Now burst in one gigantic wave.

It crashed on me, my body swayed
As I was pulled into the fray.
A downpour lashing like the rain
Was set on me with deadly aim.

I staggered to the shore amazed
That I’d survived, though I was dazed
And felt myself begin to faint
So closed my eyes and slipped away.

The next I know, I start to wake
And rise from where I sleeping ache.
But on my feet, I feel strange
And stumble in my weakened state

To peer into the water’s frame.
The image that I see portrayed
Reflected as the waters wane
Is full of horror, full of pain

For what I see is not my face
But something ghastly takes its place.
The water has affected change
A monster have I been remade

With sharpened claws and fearsome mane
And wild, burning eyes aflame.
A sight repulsive and depraved
And I am trapped inside this cage.

Transformed, I cannot bear the shame.
Into the water’s depths I wade
To bathe in sorrowful malaise
And roam the deep, my new domain.

But left behind, my footprints take
A grotesque form, a monstrous shape,
And calling out, my voice I raise
“Drink not the water from the lake!”