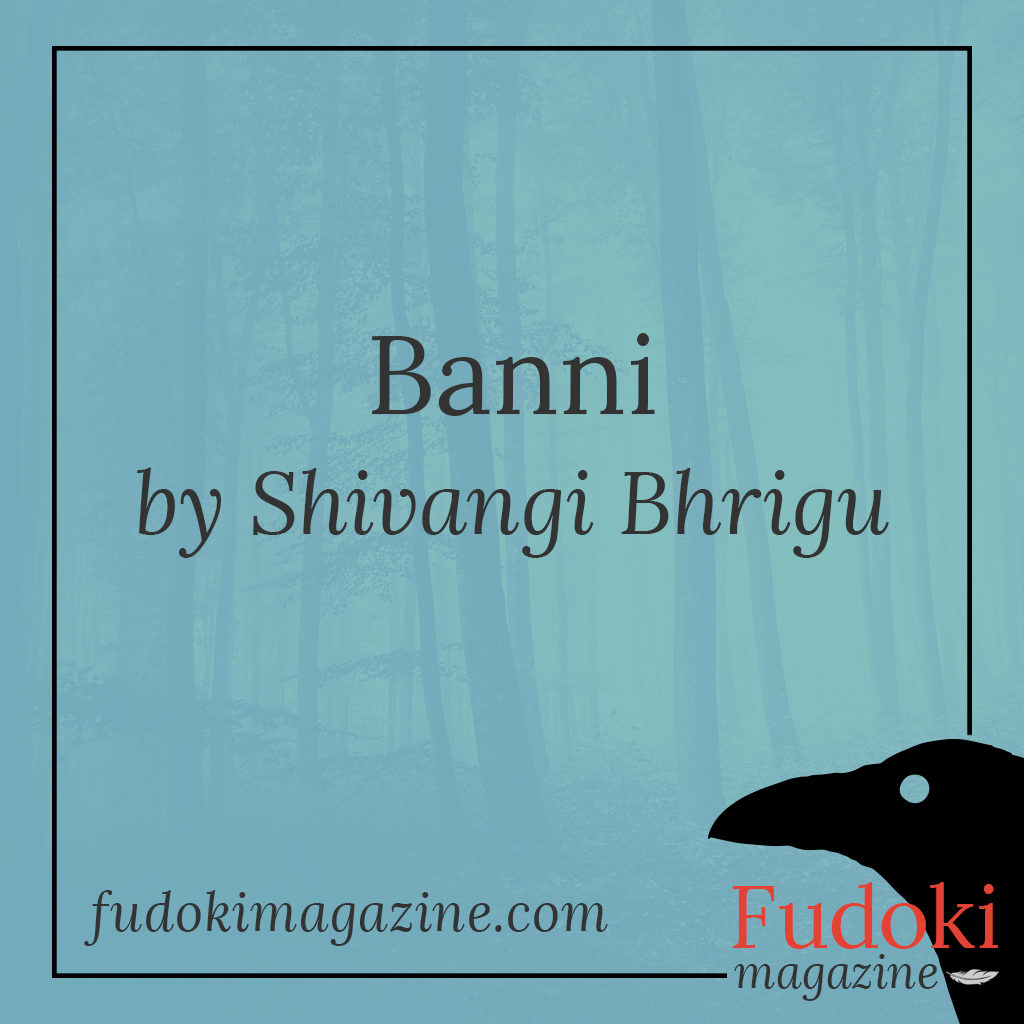 By the time the setting sun had cast its vermillion glow on the haveli, the last of the servants was already out of the door, casting a long, worried glance at the woman on the threshold before making her way down the dirt-path. The woman gave her a reassuring, tight smile as she pushed the doors closed. The smile died with the last sliver of light disappearing with the closing of the doors, to be replaced by a weary and sad expression.

She unhooked the oil lamp from the wall next to her and walked back inside the house, lighting the other oil lamps on her way, the mirrors and burnished carnelian mosaics glittering with the flickering flames. One hand creased the soft cotton of her skirts to lift the ample fabric so she wouldn’t trip down the stairs, while the other raised the lamp to allow her to see her way through the darkening corridors, to her rooms.

Bolts of blazing orange sunrays fell through the jharokha, drenching her room with warm light. She hung the lamp by the door and crossed the room to lean against the ledge of the balcony. Her eyes traced the familiar horizon, the slopes of sandy dunes rising far away and closer, the rockier and flatter land dotted with stunted shrubs and the occasional khajri tree. She closed her eyes and inhaled deeply, as if drinking in the final light and warmth of the day. Once night fell on the desert, it was pitch darkness and cold enough to chill the bones.

Banni, the servants still called her. Bride. As if she were newly-wed, newly arrived in the household. She was neither, although there had been very recent and very unexpected changes in the haveli. She had been married thirteen years before, when she and her husband were both still children, too small to understand what was happening. She was to stay with her father until she turned eighteen and her husband came to fetch her. But when the day had finally come, it was not her husband but a mere messenger who had arrived, with a letter bearing the family seal that only her father read and promptly ordered her to gather her things. She was leaving her father’s house the very same night.

It was a quick and uneventful farewell. She was too shocked to react, even when her mother had hugged her, crying. There was no word of explanation from her father, no word at all, not even a blessing. She had gotten in the bull-cart that had been sent for her with a maid, her body numb and her mind shut down. Another maid had greeted her at the door, not a family member, and had led her to the only relative her husband had left in this world. A dying grandmother.

It was the maid who explained the rest of the family had been slaughtered as the consequence of a war, with only the Dadi-saa left alive because she had been away on a pilgrimage. Her husband had been gone for years, following a disagreement, nobody had heard of him. Maybe he was dead already, some whispered. The servants felt sad for her, without husband, without family at such a young age and having to take care of an ailing old woman. What would she do when Dadi-saa passed on too? Banni, as they started calling her, brushed away the thoughts and murmurs and did her duty, cared for her grandmother-in-law dutifully until she breathed her last.

That was two years ago.

The night of the last full moon, the household had been shaken awake in the middle of the night. A dark, hooded shadow had slithered into the haveli before she could leave her quarters. It was a footman the servants recognised immediately who broke the news to her: her husband, long-presumed dead, had returned.

No further explanation was offered. It was exhausting, she realised. Never any proper explanation for what was happening in her life. The servants were instructed not to remain in the haveli between sunset and sunrise. No one was to approach her husband, not even her. She was not to even look at him directly, not speak to him unless prompted to.

Ever since, the nights had turned darker, colder. Scarier. The village was rife with rumours, the servants told her, about her husband. Some said he was frighteningly disfigured from the war, others believed he had been cursed, turned into a beast, a fearsome creature. Banni listened to them, hands clenched in her hand, fighting to keep an air of normalcy, lips sealed. She didn’t voice out her own thoughts.

That whoever, whatever, had returned was not her husband.

Was he – it – even human? She doubted it more often than she wanted. But she could hardly deny the tremors that shook her bodily when his shadow crossed hers, when she felt his eyes piercing through the darkness to watch her through the gauzy curtain that separated them at dinner. His gravelly voice barely sounded human. His mere presence invoked an inexplicable fear within her. She never heard him move, even when she strained her ear. He just… appeared.

Shuddering against the cold air now that the sun had set, she stepped back from the jharokha to her bed, picked up a thick shawl and wrapped it around her. It did not make her feel less cold. She took her oil lamp and made her way down the stairs to the dinner room and started setting the table for her… husband. It had to be ready and she had to be on her side of the curtain before he arrived, and he always did after she was seated on her own side.

Tonight was no different. She took her seat and he walked in, silent. He wore a hood, as usual. Greeted her with his harsh voice. Banni swallowed her words again. “Have a good meal”, she said simply to her dead husband.

One thought on
“Banni”