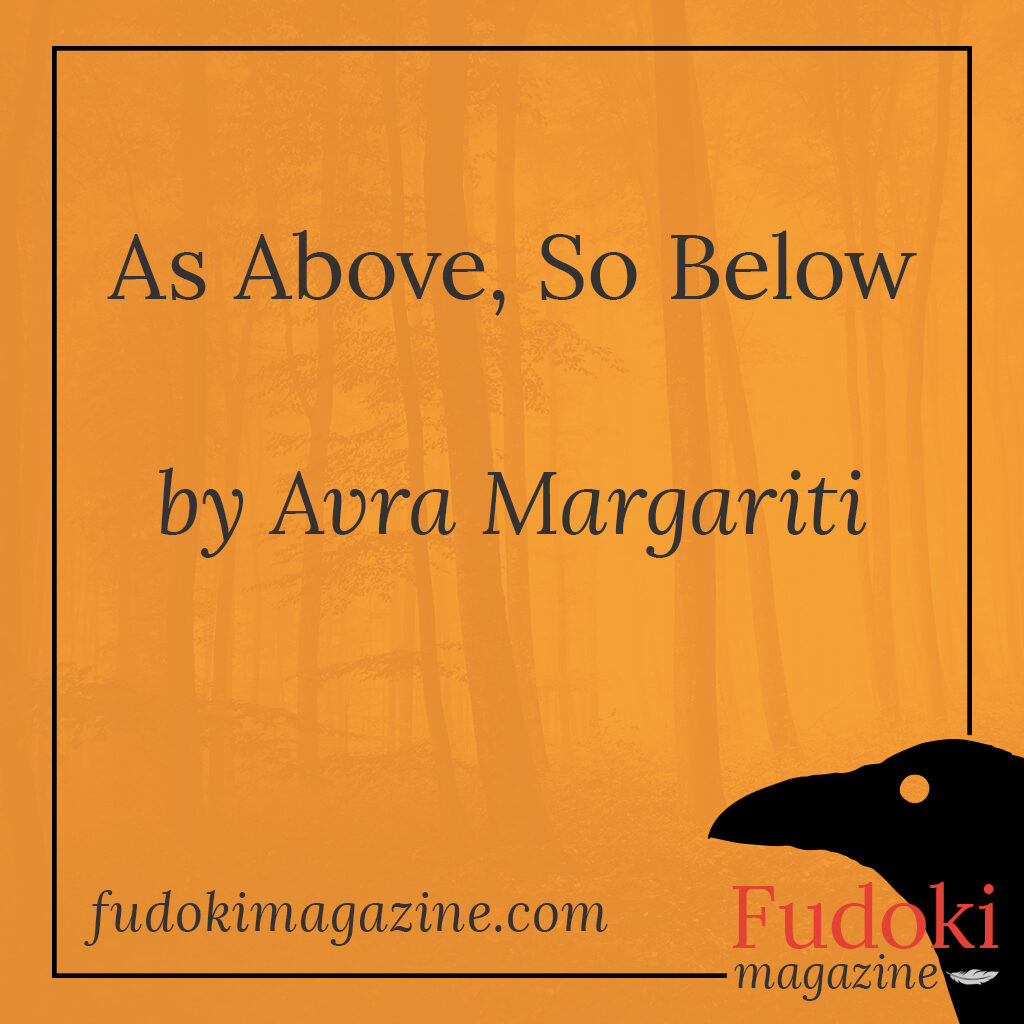 & so it was that several years into the future people perched on giant trees among the clouds or walked on miles-tall wooden stilts tied to their feet. This was largely because the surface of the Earth had become uninhabitable due to contamination. Protected by the atmospheric layers’ filters, humans went about their lives, plucking star from sky or fruit from tree bough to sate their hunger. If those humans ever happened to look down–which was inadvisable, on account of vertigo and the widely held belief that their gazes belonged skyward–they might have seen tiny shapes scuttling across the surface of the planet, glimmering like rainbow beetles.

& so it was that those who hadn’t adapted to the stilts fast enough at the Beginning had now become skeletons. Painted iridescent by the toxic elements, they still walked the Earth, trudging through bubbling acid mud that licked at ankle bones. They looked up with empty eye sockets whenever giant shadows moved overhead like strange birds. Looked up when once they might have counted stars, looked up to dodge the stilts striking the ground. When the skeletons weren’t quick enough, they put their bodies together again bone by bone, sifting through wood-chips shaken loose from the cloud-dwellers’ stilts, looking for prismatic fragments of themselves.

& then there were a handful of those below, and even fewer above, who still remembered the secret behind the shadow birds and the rainbow beetles’ existence. They tended to converge toward the outskirts of the giant forest, where the trees that were too infirm to chop into stilts remained unwatered, unwanted.

& there those rare awoken souls mourned the mirror-image lives they could have led, above or below the clouds.