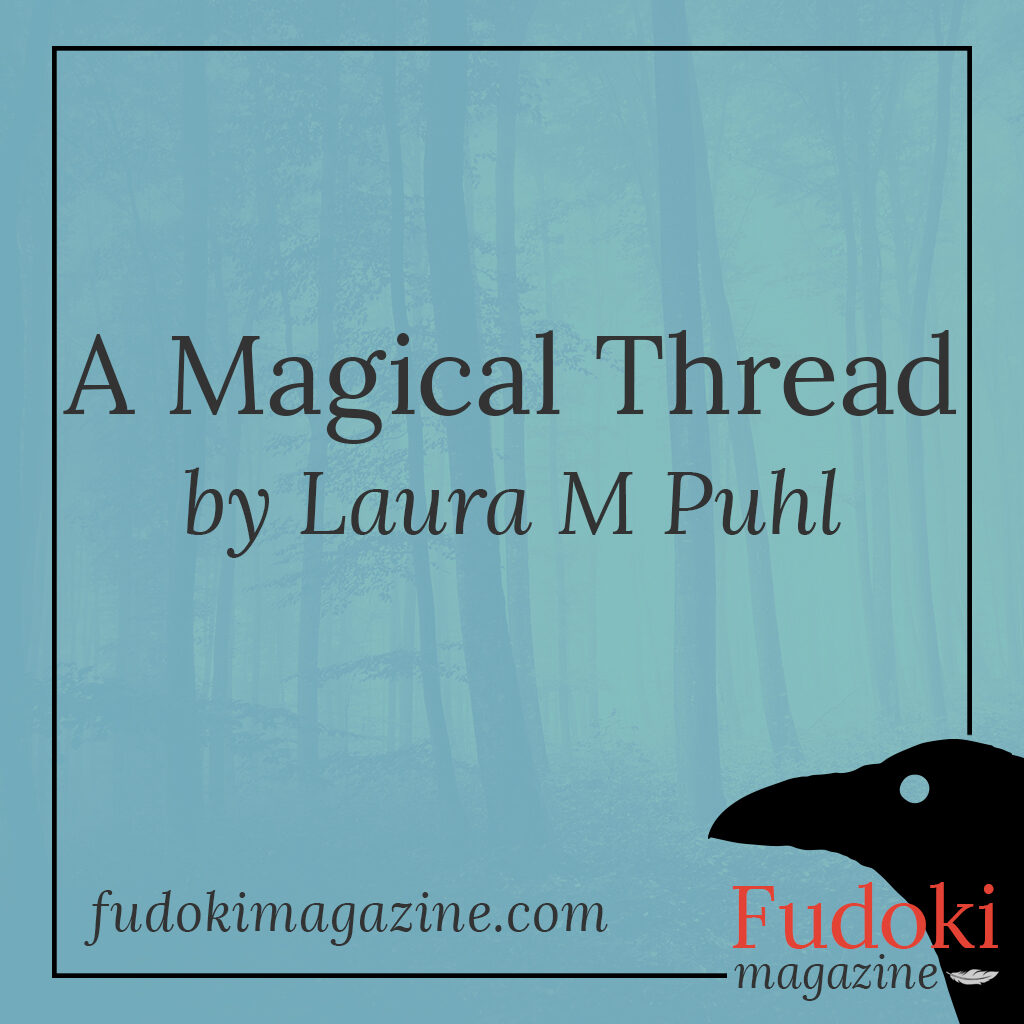 There once was a man.

He was a simple man, not gifted with wealth or beauty, nor was he kind or generous. He had a weak chin and wore a permanent frown, and if passersby caught sight of his face, they tended to quickly look away again.

One day, as the man wandered the streets alone, he found that he was hungry. Though he had no money, a scheme for how to get some food slithered into his head.

He walked into a nearby bakery, clothed in a simple threadbare shirt and trousers, stinking of sweat and dirt. He approached the baker, cracked a dusty smile, and asked her, ‘Do you like my beautiful robe? It is made from a magical thread, and only the most generous can see it.’ He held out his arms and spun around, as if to display luxurious fabric on a decadent robe.

Ah, this poor man is crazy, the baker thought. But what harm could it do to say yes?

So she complimented his robe, and, because he looked so pitiful and hungry, she gave him some bread to eat too.

But the man loathed her kindness because his soul was filled with malice. So he ate her kindness up, and when she wasn’t looking, he filled his pockets with more, leaving nothing behind but her empty baskets.

Pleased with himself and his full belly, he thought perhaps the trick would work again. So he walked up to the castle and asked to see the king. As he approached the throne, he spied the jewels upon the king’s neck, and he found that he was hungry for power.

‘Your majesty,’ he said. ‘Do you like my beautiful robe?’ He spun around as if to demonstrate the invisible threadwork, petting his imaginary lapels. ‘It’s made from a magical thread, and only the wisest and most honourable can see it.’

What a clever magic, the king thought. Though I can’t see it, what harm could it do to say yes? He will believe me wise, and he can help determine who among me has honour.

So the king complimented the man’s robe, and offered a place by his side.

By and by, the man became a trusted adviser to the king, and for a while he was content. But the man envied the king’s power because his heart was filled with greed, and he wanted the kingdom for his own, and so one night he slit the king’s throat and stole the throne for himself.

After he was king, the man asked to meet his army, to survey the force available at his command.

‘Do you like my beautiful robe?’ he asked, jutting out his weak chin as he surveyed his troops. ‘It is made from a magical thread, and only the strongest can see it.’

This man is very formidable, the soldiers thought. What harm could it do to say yes? If he thinks I am strong, he will reward me greatly.

So they complimented his robe, and when he asked them to go out and kill all those he considered disloyal, they did his bidding.

For a while the man was content. But he feared the might of his army because his own body was filled with cowardice, and he wanted to feel strong. So once his enemies were dead, he gathered his soldiers and raised a poisoned toast, slaying them all.

One day, he asked the kingdom’s spiritual leaders to come to him.

‘Do you like my beautiful robe?’ he asked, allowing them to pet the fabric, though they touched only air. ‘Only the most faithful can see it.’

This man has been awarded the kingdom by the gods, the leaders thought. What harm could it do to say yes? He and the gods will remember my conviction, and they will reward me greatly.

So they complimented his robe, and when he asked them to burn their religious texts and worship him instead, the spiritual leaders lit a fire.

For a while the man was content, but he began to doubt the true devotion of the leaders because his mind was filled with cynicism. So, when the religious texts were all ash, he locked the leaders in a church, and burned them up too.

One day, he sent for all his subjects to gather in the courtyard.

‘Do you like my beautiful robe?’ he shouted down to them from his tower, though he wore nothing at all. ‘Only those who truly belong in this kingdom can see it.’

This man is so powerful, they thought. What harm could it do to say yes? When our kingdom is rich, he will remember our fealty, and he will reward us greatly.

So they cheered loudly and complimented his robe, and when he asked for more money in taxation, they gave it over willingly.

For a while the man was content, but when his people started to hunger, he despised them and their needs because his spirit was filled with selfishness, and so he locked the palace up tight, leaving his loyal subjects to starve.

When the kingdom had nothing left — no army to defend it and no money left to tax, no food in the stores and none left to collect the harvest — the man sat scowling on his throne, pouting into his weak chin. One day, he wandered the palace alone, shouting angrily down the echoing halls. ‘Who will give me my bread? Who will serve me my wine? Why has no one praised my beautiful robe?’

But there were no ears left to hear him.

Those awaiting their rewards were locked up or starved; those too foolish to admit what they had seen were long dead. Those too kind, cowardly, or greedy to refuse him were all gone.

With no one left to trick, and nothing left to take, the man wasted slowly away in his cold, empty palace, sitting in front of a mirror, admiring his beautiful robe.